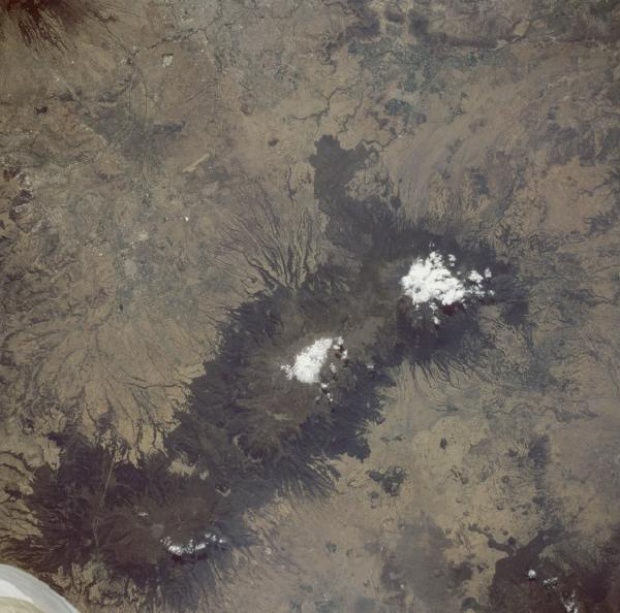 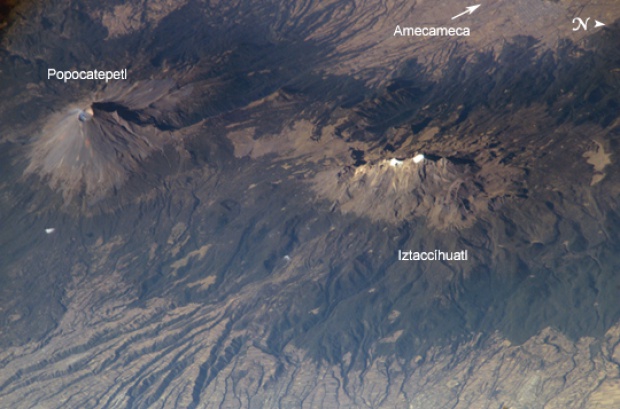 Popocatépetl and Iztaccíhuatl Volcanoes, Mexico. As part of the circum-Pacific "Ring of Fire," Mexico hosts several of the world's most continually active volcanoes, including the massive Popocatepetl (Aztec for "smoking mountain.") This detailed, oblique astronaut photograph also depicts a neighboring volcano, Iztaccíhuatl (the "Woman in White.") With North to the right in the scene, the view is a westward-looking perspective. The faint plume emanating from Popocatépetl's 250- to 450-meter-deep summit crater attests to the significant, ever-present hazard the volcano represents to the 25 million people living in the region, including the nearby city of Amecameca, as well as the metropolitan centers of Mexico City to the northwest and Puebla to the east. Popocatepetl has produced small, intermittent eruptions since 1994. In addition to the constant danger of eruptions producing ash deposits, pyroclastic flows, and lava (see an earlier astronaut photograph of Popocatepetl erupting), the summit of Popocatépetl also hosts glaciers. These can melt during eruptions to form dangerous mudflows that blanket areas to the south. In contrast to Popocatépetl's well-defined symmetrical cone, Iztaccíhuatl is formed from several overlapping smaller cones that trend north-northwest to south-southeast. Glaciers and year-round snow are also present on Iztaccíhuatl (white regions along the peaks). Deep valleys have been eroded into the massive apron of ash and pumice deposits, glacial outwash, and alluvium to the east of the volcano. Despite its close proximity, similar age, and similar geologic character to Popocatépetl, Iztaccíhuatl has not erupted in historic times. This has encouraged the establishment of numerous agricultural fields (visible as faint rectilinear patterns in the lower half of the image) on the eastern flank of the mountain.
Fuente: National Aeronautics and Space Administration - NASA/JPL/NIMA 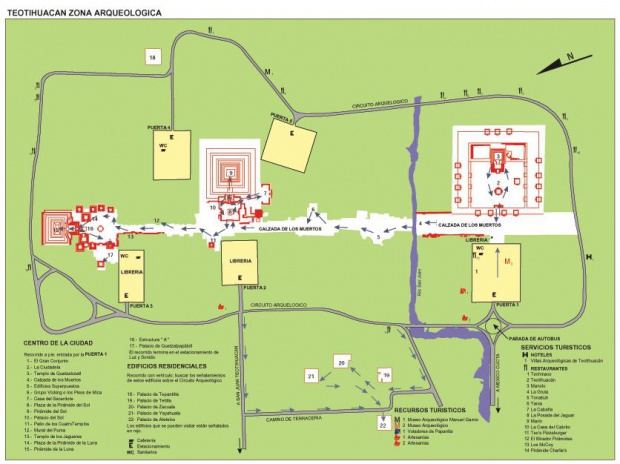 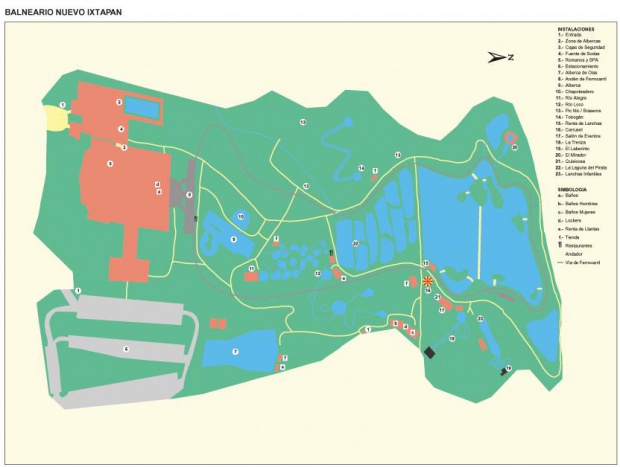 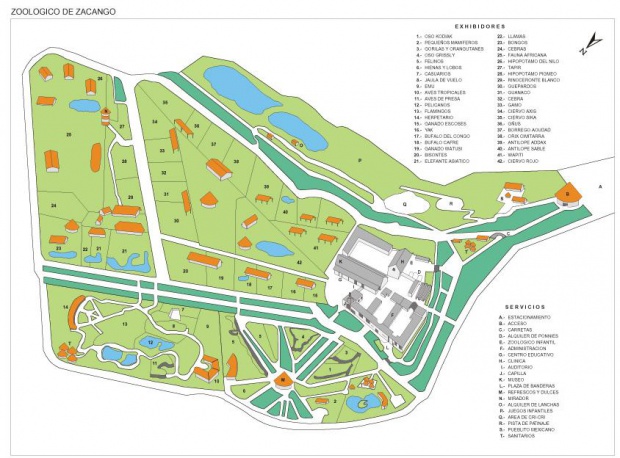 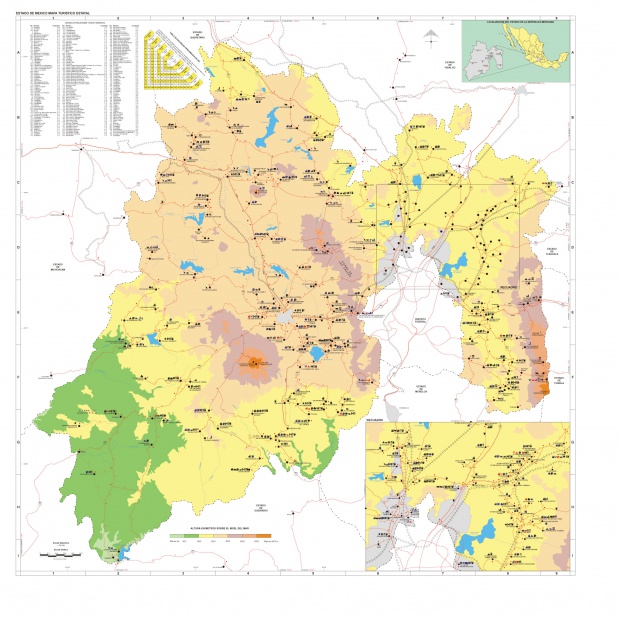 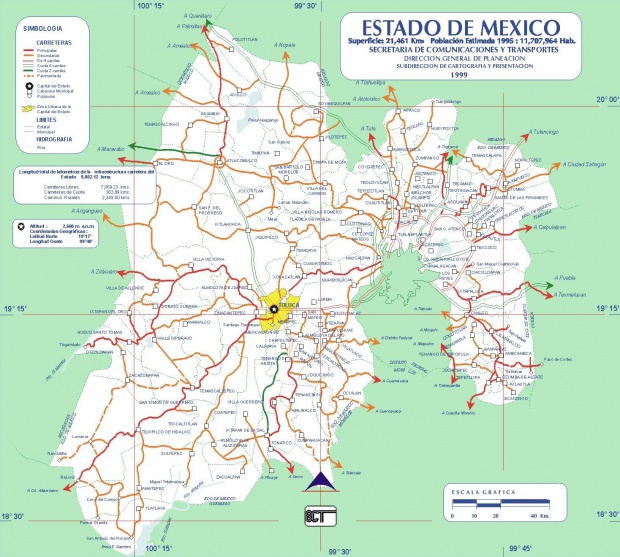