Phytoplankton bloom off the Pacific Northwest 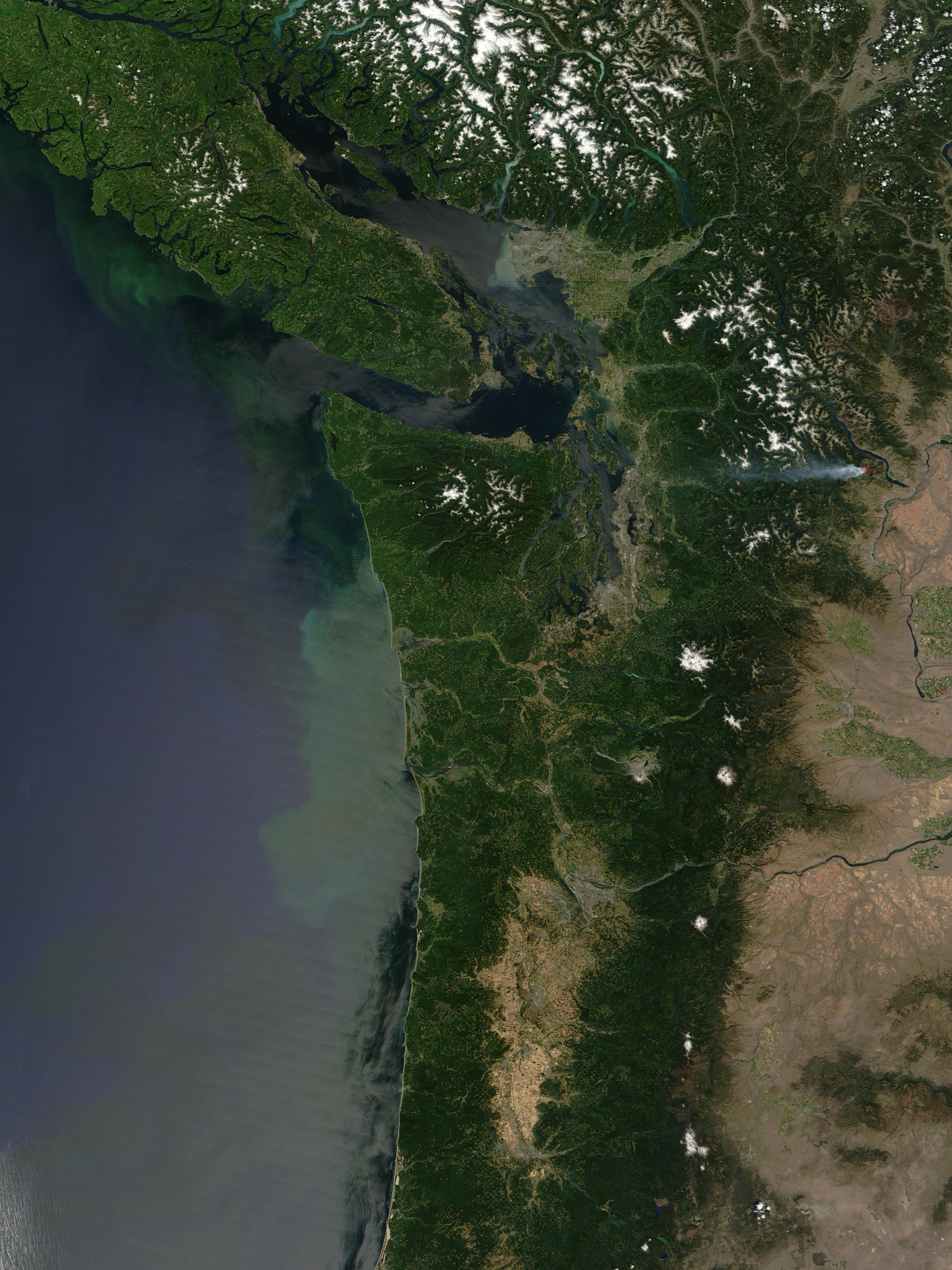 A muddy green cloud floats in the Pacific Ocean off the coast of Washington and Oregon in this Moderate Resolution Imaging Spectroradiometer (MODIS) image, taken on July 23, 2004, by the Terra satellite. The color is caused by an algal bloom near the surface of the ocean. Without corroborating data collected at sea level, its impossible to tell which species of phytoplankton are coloring the water or if the bloom is harmful. This is, however, an area known to be afflicted by harmful algal blooms , and the Washington State Department of Health recently closed many of the beaches shown in this image to shellfish harvesting, a sign that the bloom may be harmful. Inland, a string of snow-capped volcanoes line the coast. On the right side of the image, MODIS has detected a large fire, marked in red. The fire is sending a plume of smoke west over the Cascade Mountains, toward Seattle, the grey area lining the Puget Sound.
Source: Jeff Schmaltz, MODIS Rapid Response Team, NASA/GSFC 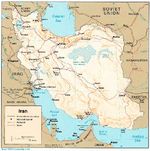