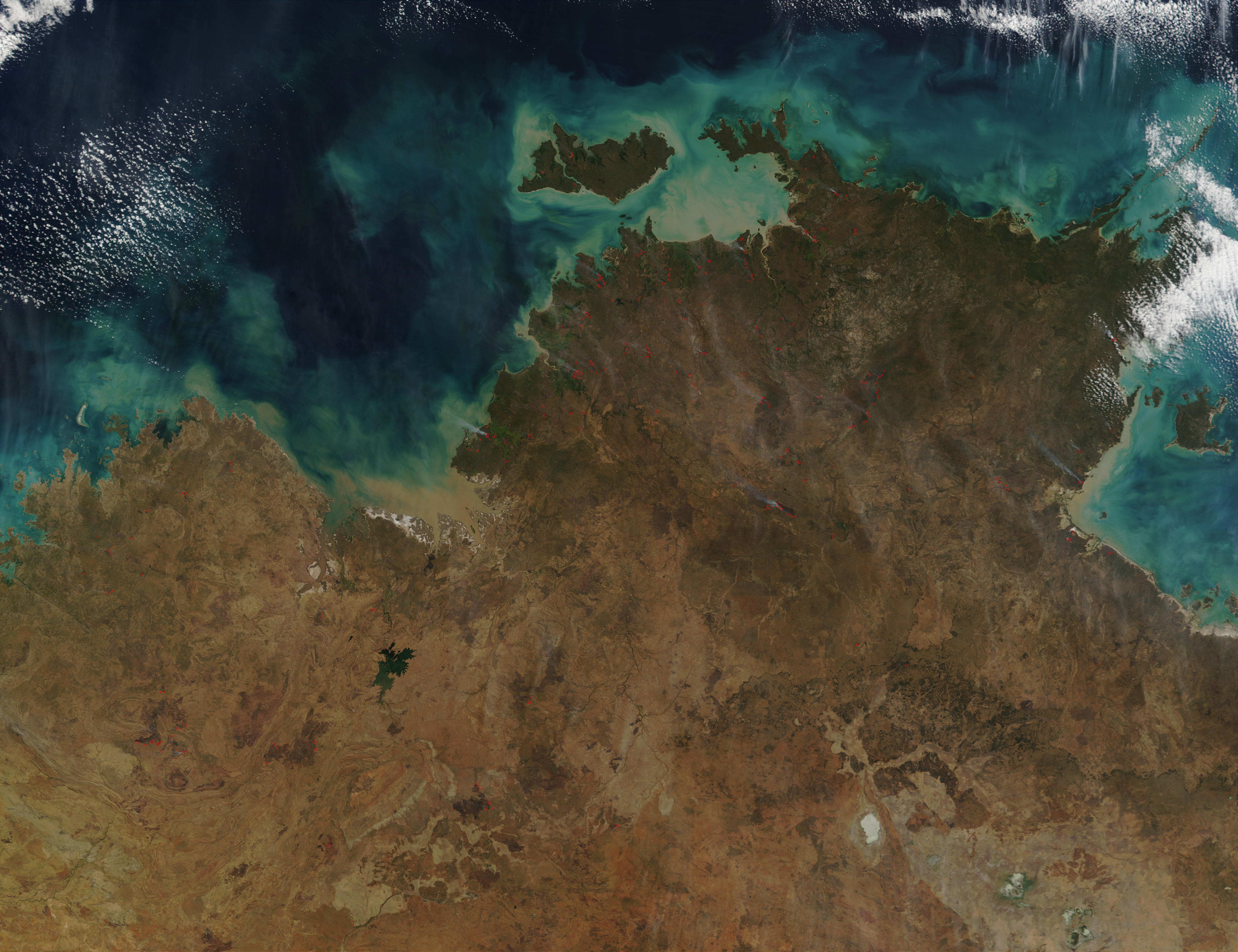 In Western Australia (left) and Northern Territory, numerous fires were burning on from May 2002 into June and early July. In the high-resolution imagery, several large burn scars are evident near many of the fires. These fires are burning in the tropical savanna regions of northern Australia, and come each year during the dry season. Fires occur for various reasons, including those set on purpose for agricultural purposes, those set to clear land of invasive plants, and those set to reduce vegetation that might burn more explosively later in the dry season. Notice the dramatic difference in greenness along the coasts of Joseph Bonaparte Gulf at image upper left as the series progresses.
Source: Jacques Descloitres, MODIS Land Rapid Response Team, NASA/GSFC 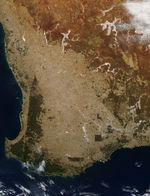 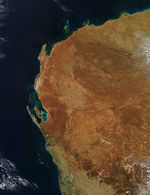 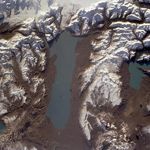