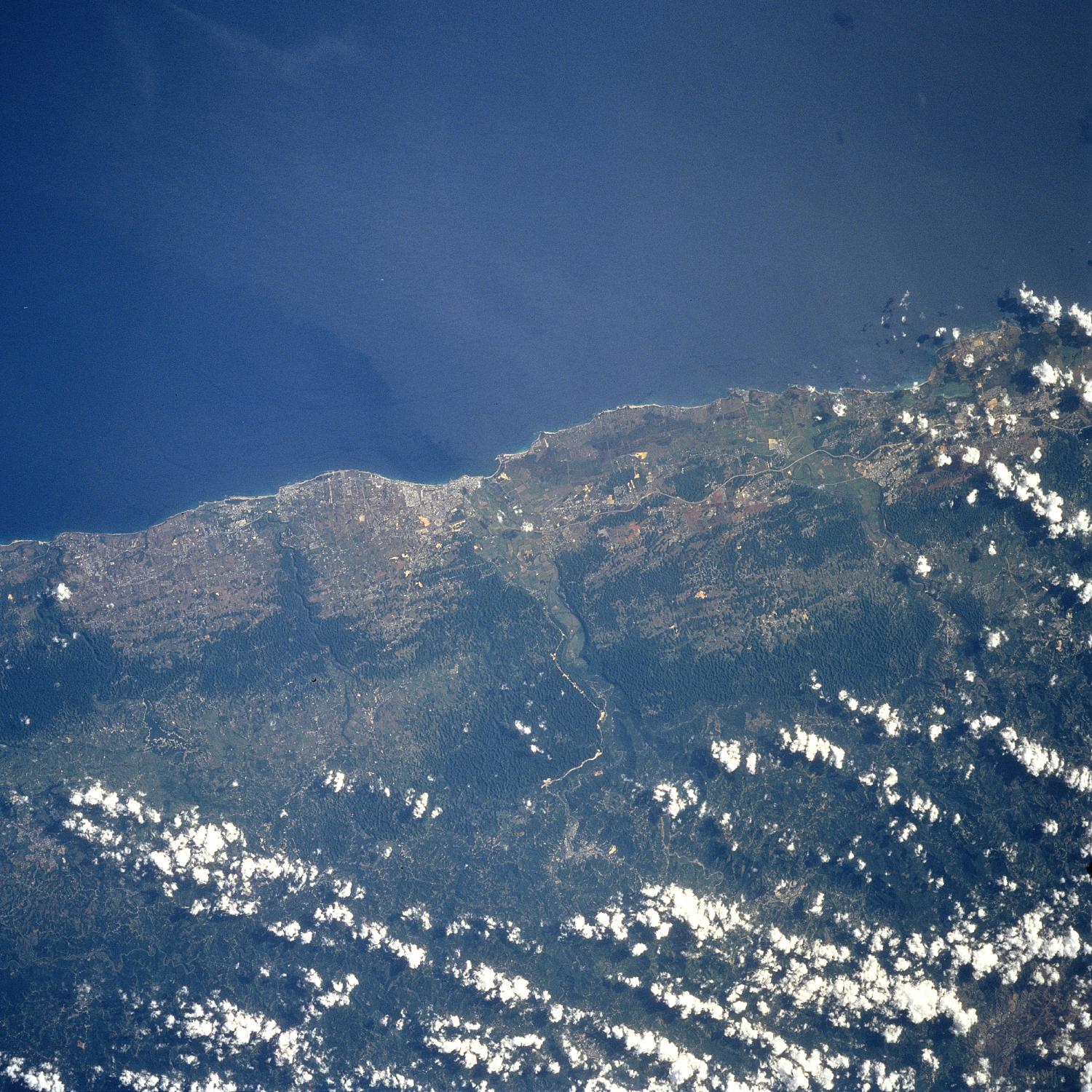 Arecibo, Puerto Rico July 1997. Arecibo, a city along the northwest coast of Puerto Rico, can be identified as the highly reflective area near the center of the picture. This northwest coast region of Puerto Rico has a tropical wet climate. Rainfall amounts that exceed 60 inches (150cm) per year, coupled with the underlying limestone rocks, have created a unique “karst” topographic landscape. The dark swath of land inland but parallel to the coast shows the distribution of these hilly, densely vegetated, steep sided limestone erosional features. Daytime cloud buildups, which are a characteristic of the diurnal tropical precipitation pattern and are typical for the north facing slopes of the island, can be seen on this image. These clouds and the small scale of the image combine to obscure the location of the world’s largest radio telescope (the Arecibo Observatory—National Astronomy and Ionosphere Center), which is located roughly 10 miles (16 km) south of Arecibo. Sections of Highway 2, the main highway that encircles most of the island commonwealth, are visible as a linear, light-colored feature, mainly west of Arecibo.
Source: NASA - National Aeronautics and Space Administration 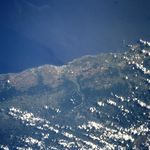 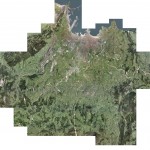 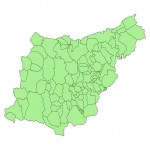