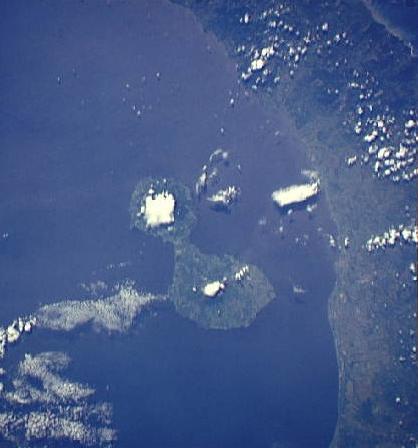 Ometepe Island, formed by two volcanoes, is located along the west side of Lake Nicaragua. Conception Volcano, an active volcano, makes up the larger, northwest part of the island, while Maderas Volcano on the southeast side of the island is dormant. Their respective summit elevations are 5283 feet (1610 meters) and 4413 feet (1345 meters) above sea level, clouds are regularly seen as on this photo around their summit. Several small towns are distributed around the island. The major economic activities include tourism, farming, and ranching, with tourism the major attraction. Most of the remaining tropical rainforest are found on the Maderas side of the island. The Department of Rivas separates Lake Nicaragua from the Pacific Ocean, and is about 12 miles (19 km) in width.
Source: NASA - National Aeronautics and Space Administration 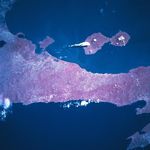 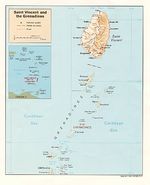 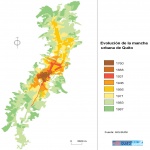 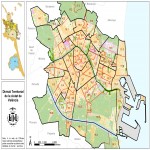