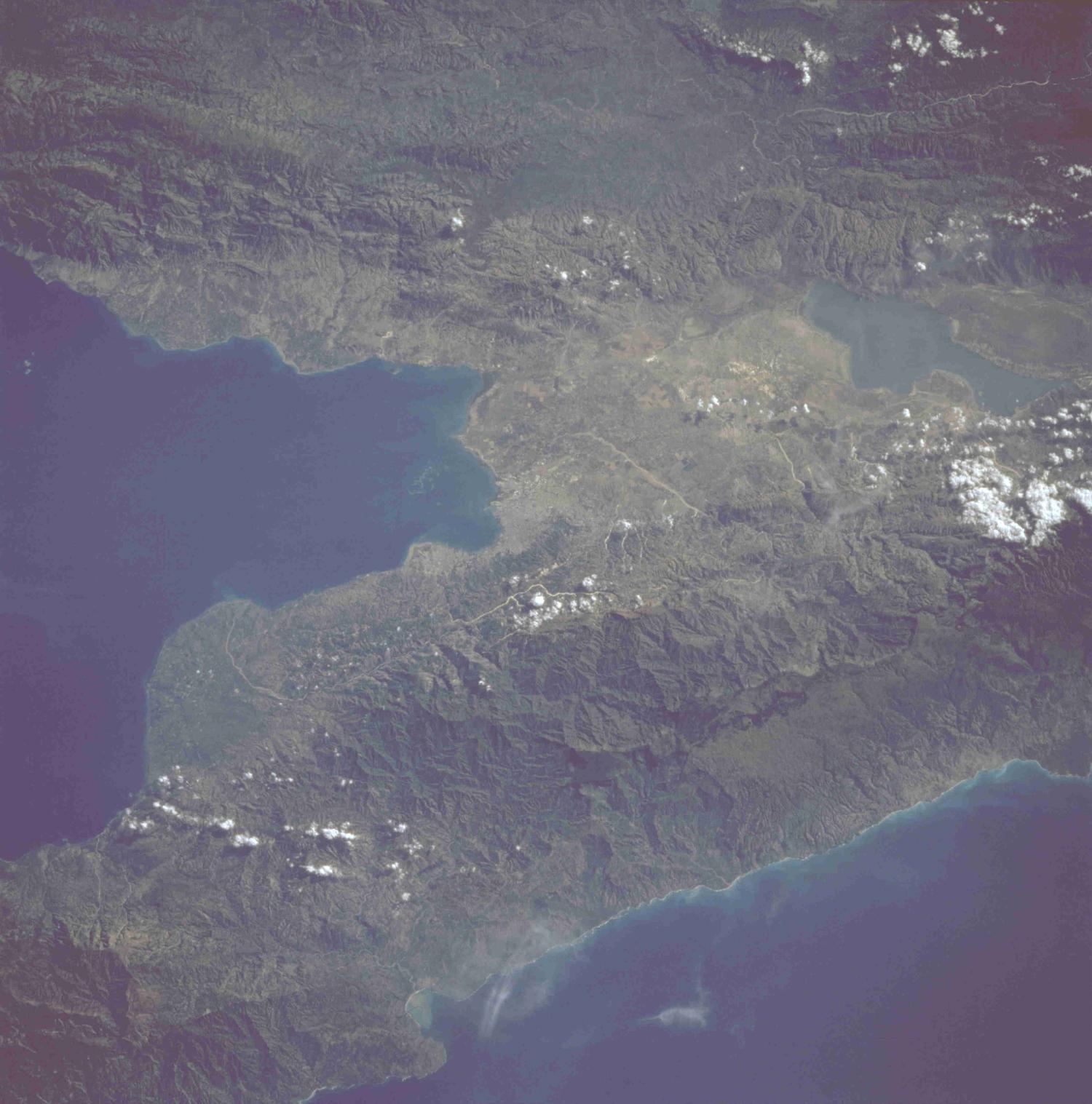 Port-au-Prince Area, Haiti June 1985. The leading seaport and capital city of Haiti, Port-au-Prince, can be seen in the center of this photograph. The two rugged and complex major mountain ranges (one range extending in an east-west direction south of the city and the second range generally aligned in a northwest-southeast direction north of the city) are separated by a structural depression known as the Enriquillo Cul de Sac. Elevations above sea level in these two ranges exceed 5000 feet (1500 meters) in the northern range and 7000 feet (2100 meters) in the southern range. The large lake east of Port-au-Prince, known as Etang Saumâtré, is brackish and was formed as a result of a downfaulted block between the two mountain ranges.
Source: NASA - National Aeronautics and Space Administration 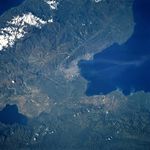 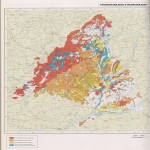 Erosion and flooding in the Community of Madrid 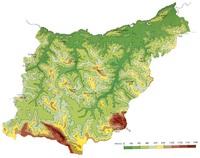