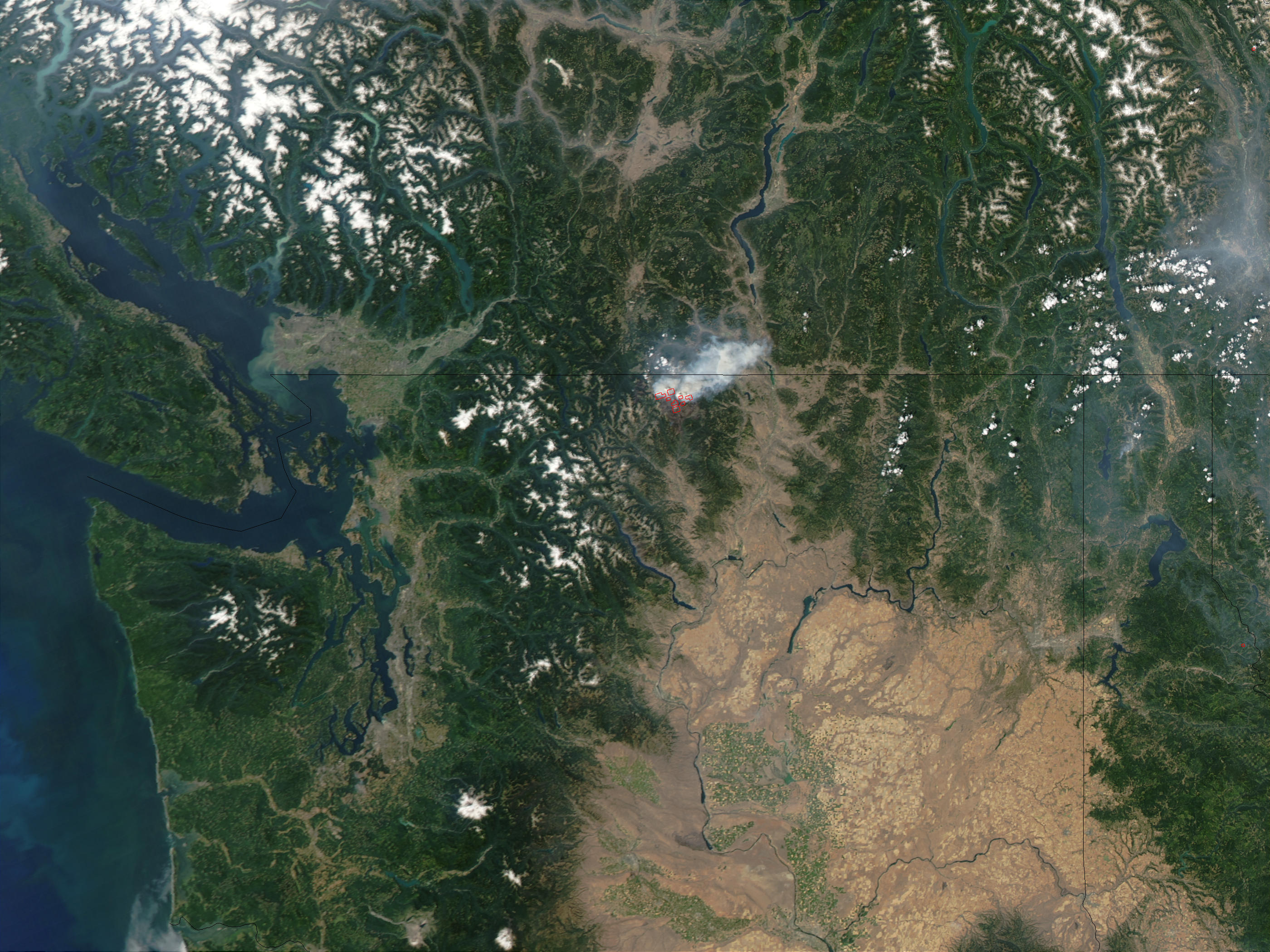 Washington’s Fawn Peak Complex Fire was actively burning on multiple fronts on July 29, 2003, when this Moderate Resolution Imaging Spectroradiometer (MODIS) image was captured by the Aqua satellite. The locations of active fire detections have been marked in yellow in the image, and a large plume of smoke is visible as well. This fire has been burning for a month in the Pasayten Wilderness Area near the Washington-British Columbia border.
Source: Jacques Descloitres, MODIS Rapid Response Team, NASA/GSFC 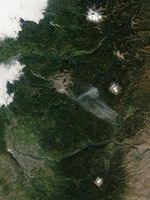 The Pacific Theater in August, 1942