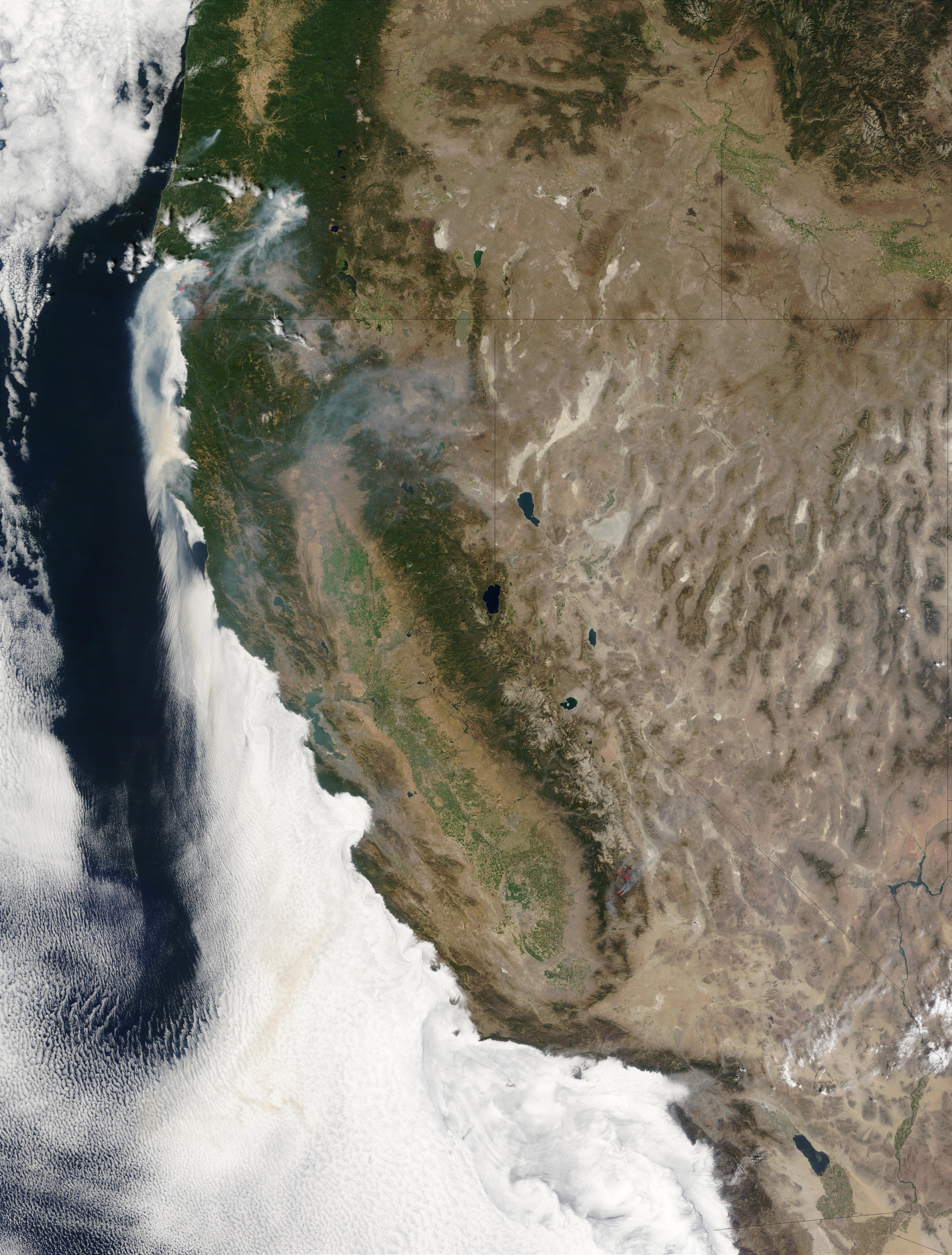 In southwestern Oregon and northern California, the Biscuit Fire had grown to 435,654 acres as of August 17, 2002. The fire, which was started by lightning on July 13, will likely be one of the largest fires in Oregons recorded history, and is still only 35 percent contained. This Moderate Resolution Imaging Spectroradiometer (MODIS) image from August 18, 2002, shows the large blaze releasing thick smoke, which is drifting southward along the Pacific Coast. To the right of the smoke plume, the fires large burn scar spears brown against surrounding green vegetation (best seen in high-resolution image). Meanwhile, the Tiller Complex Fire to the northeast had grown to 53,900 acres as of August 18, and was 43 percent contained. This fire consists of eight large fires and numerous other small fires.
Source: Image courtesy Jacques Descloitres, MODIS Land Rapid Response Team at NASA GSFC 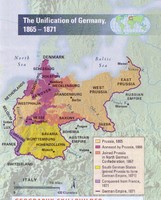