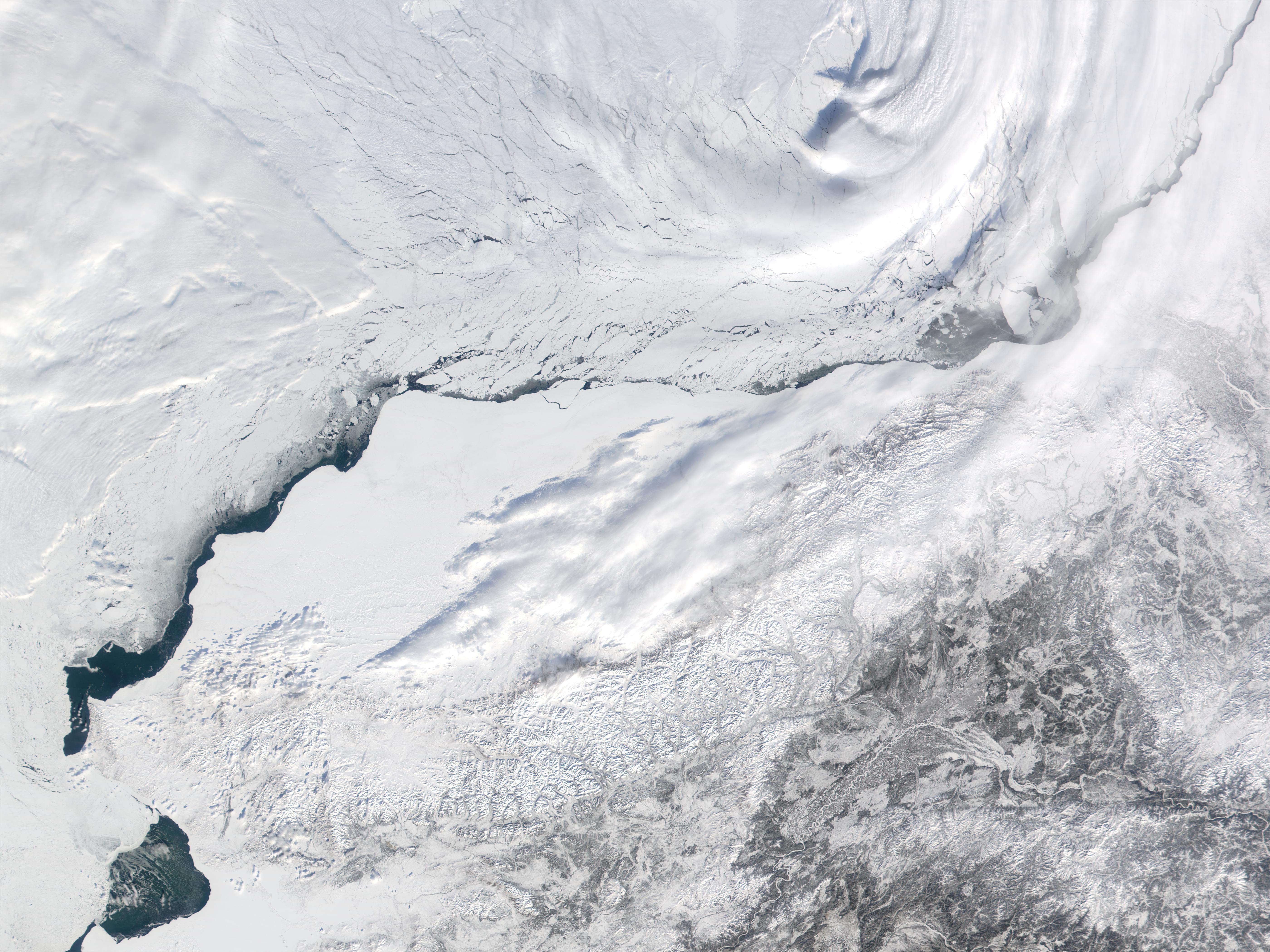 Seasonal ice in the Beaufort Sea off Alaskas North Slope has begun its spring retreat. This true color MODIS image from March 18, 2002, shows the pack ice in the Chuckchi Sea (left) and Beaufort Sea (top) backing away from its winter position snug up against Alaskas coasts, beginning its retreat into the Arctic Ocean. While not as pronounced in the Beaufort and Chukchi Seas as other part of the Arctic, scientists studying Arctic sea ice over the course of the century have documented dramatic changes in the extent of Arctic sea ice. It retreats farther in the summer and does not advance as far in the winter than it did a half-century ago. Both global warming and natural variation in regional weather systems have been proposed as causes. Along the coastal plain of the North Slope, gray-brown tracks (see high-resolution image) hint at melting rivers. South of the North Slope, the rugged mountains of the Brooks Range make a coast-to-coast arc across the state. Coming in at the lower right of the image, the Yukon River traces a frozen white path westward across half the image before veering south and out of view.
Source: Jacques Descloitres, MODIS Land Rapid Response Team, NASA/GSFC

Immigrants in the province of Jaén 2007