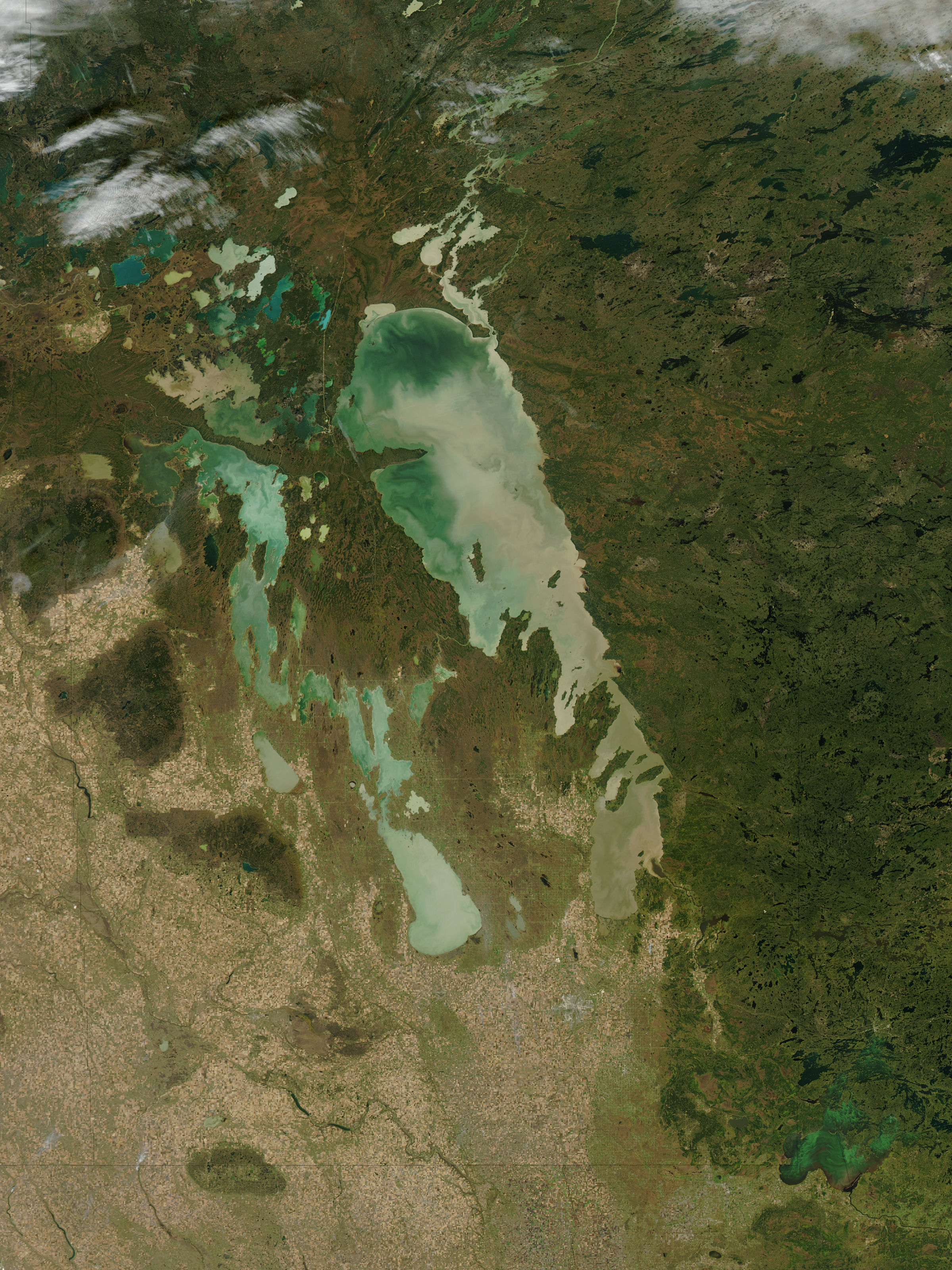 Lake Winnipeg stretches across much of the Manitoba Province of Canada in this Moderate Resolution Imaging Spectroradiometer (MODIS) image, acquired by the Aquasatellite on October 6, 2004. Called murky waters’ in Cree, the language of the Native Americans in Canada’s northern Great Plains, it’s not hard to see how Lake Winnipeg got its name. Sediment clouds the waters of the shallow lake, turning the waters tan and green in this image. At 436 kilometers in length and 111 kilometers across, Lake Winnipeg is the world’s tenth largest fresh water lake. It covers nearly four percent of the surface area of Manitoba. For all of its size, Lake Winnipeg and the smaller lakes around it were once part of a larger lake. As the ice from the last ice age melted, it formed the massive Lake Agassiz. Most of the waters of Lake Agassiz have drained away, leaving Lake Winnipeg and several smaller lakes. The former lake bed makes for fertile farmland south of Lake Winnipeg. Agricultural fields south and west of the lake give the landscape a tan and green mottled appearance. In the large images, square grids of farmland are clearly visible.
Source: Jacques Descloitres, MODIS Rapid Response Team, NASA/GSFC

Lakes of the Manitoba Province, Canada

Fires and smoke in Manitoba, Canada 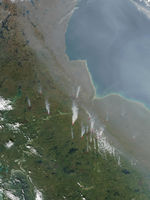 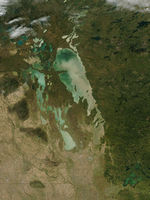 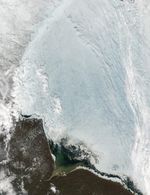 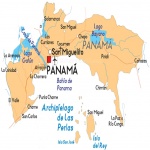 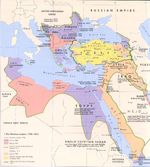