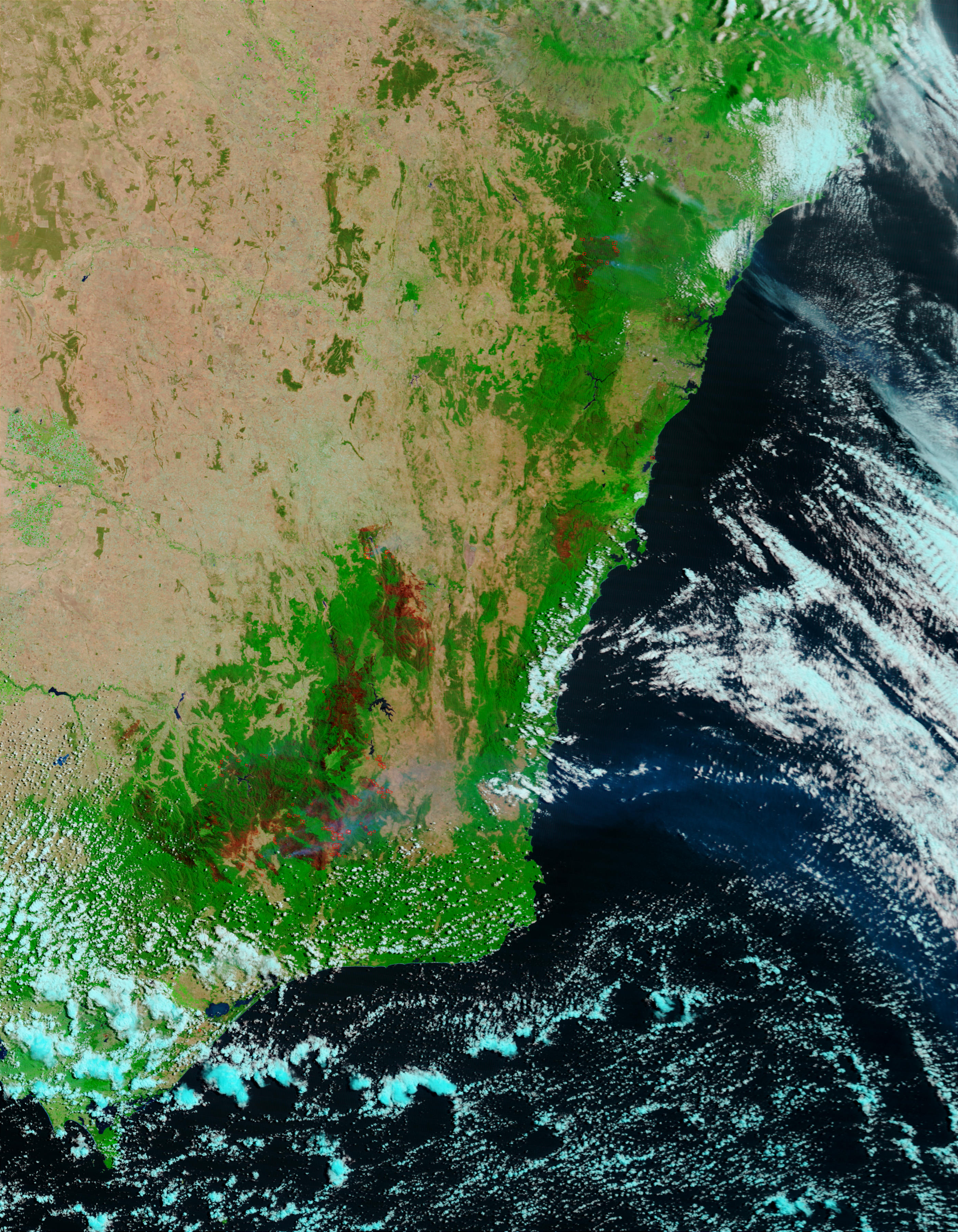 A break in the weather has given firefighters in southeast Australia a much-needed hand as January winds to a close. After weeks of battling scores of fires in the remote and often inaccessible terrain of the Great Dividing Range Mountains of southeastern New South Wales and northeastern Victoria, firefighters were handed a little rain, calmer winds, and a drop in temperatures. More than a million acres of have been scorched by the blazes, and this false-color Moderate Resolution Imaging Spectroradiometer (MODIS) image from the Terra satellite on January 31, 2003, shows the extent of the burned area. Vegetation is bright green, burned areas are red or reddish-brown, and areas of naturally low vegetation (or bare soil) are tan. Active fires are marked with red dots. Smoke is blue.
Source: Image courtesy Jacques Descloitres, MODIS Rapid Response Team at NASA GSFC 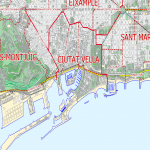 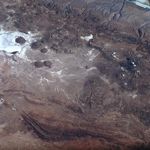