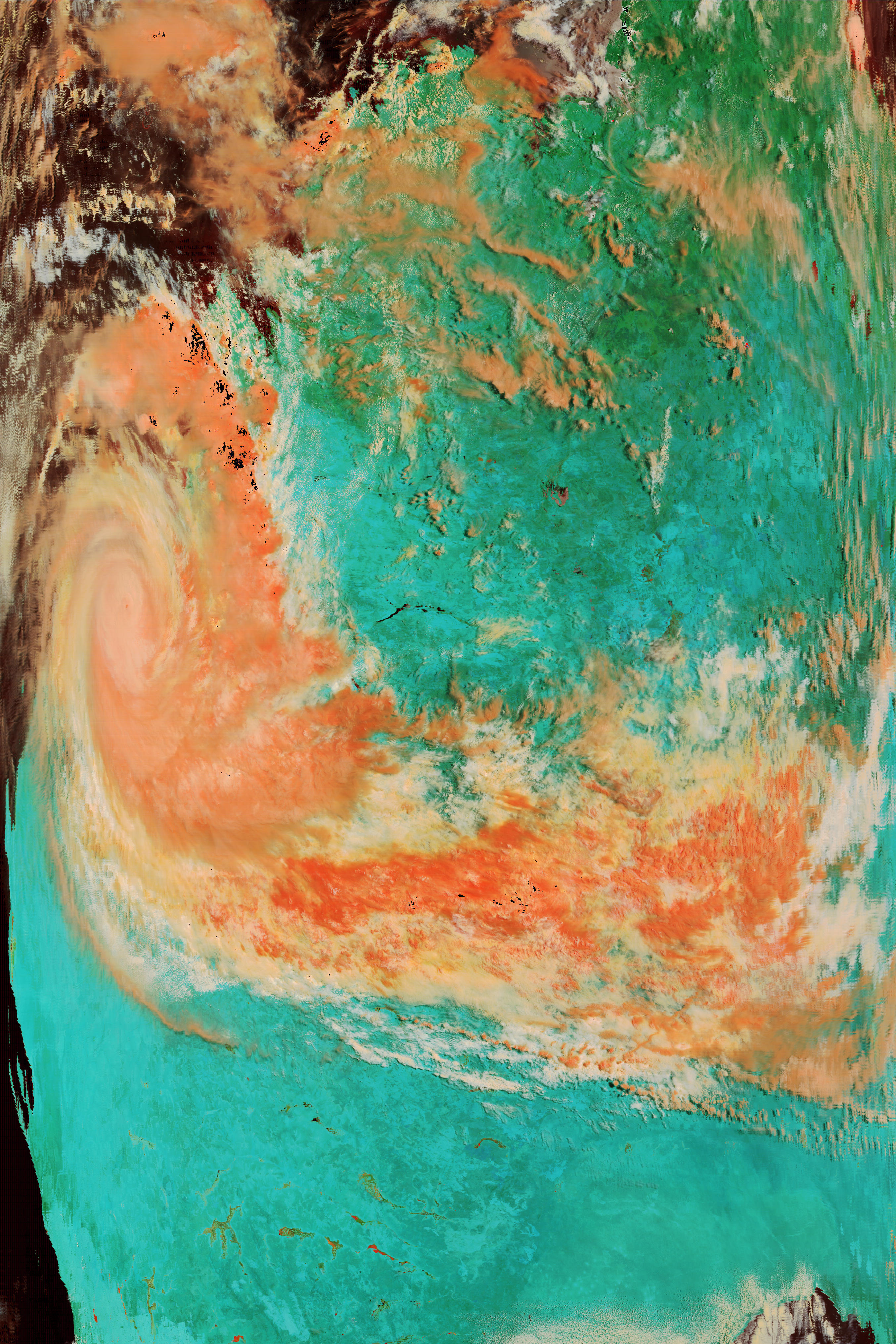 This false-color image shows Cyclone Chris shortly after it hit Australias northwestern coast on February 6, 2002. This scene was acquired by the Moderate-resolution Imaging Spectroradiometer (MODIS), flying aboard NASAs Terra satellite. (Please note that this scene has not been reprojected.) Cyclone Chris is one of the most powerful storms ever to hit Australia. Initially, the storm contained wind gusts of up to 200 km per hour (125 mph), but shortly after making landfall it weakened to a Category 4 storm. Meteorologists expect the cyclone to weaken quickly as it moves further inland.
Source: Image courtesy Jacques Descloitres, MODIS Land Rapid Response Team at NASA GSFC 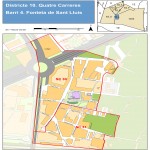 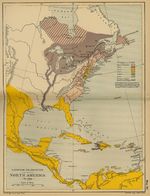 European colonization of the Americas until 1700