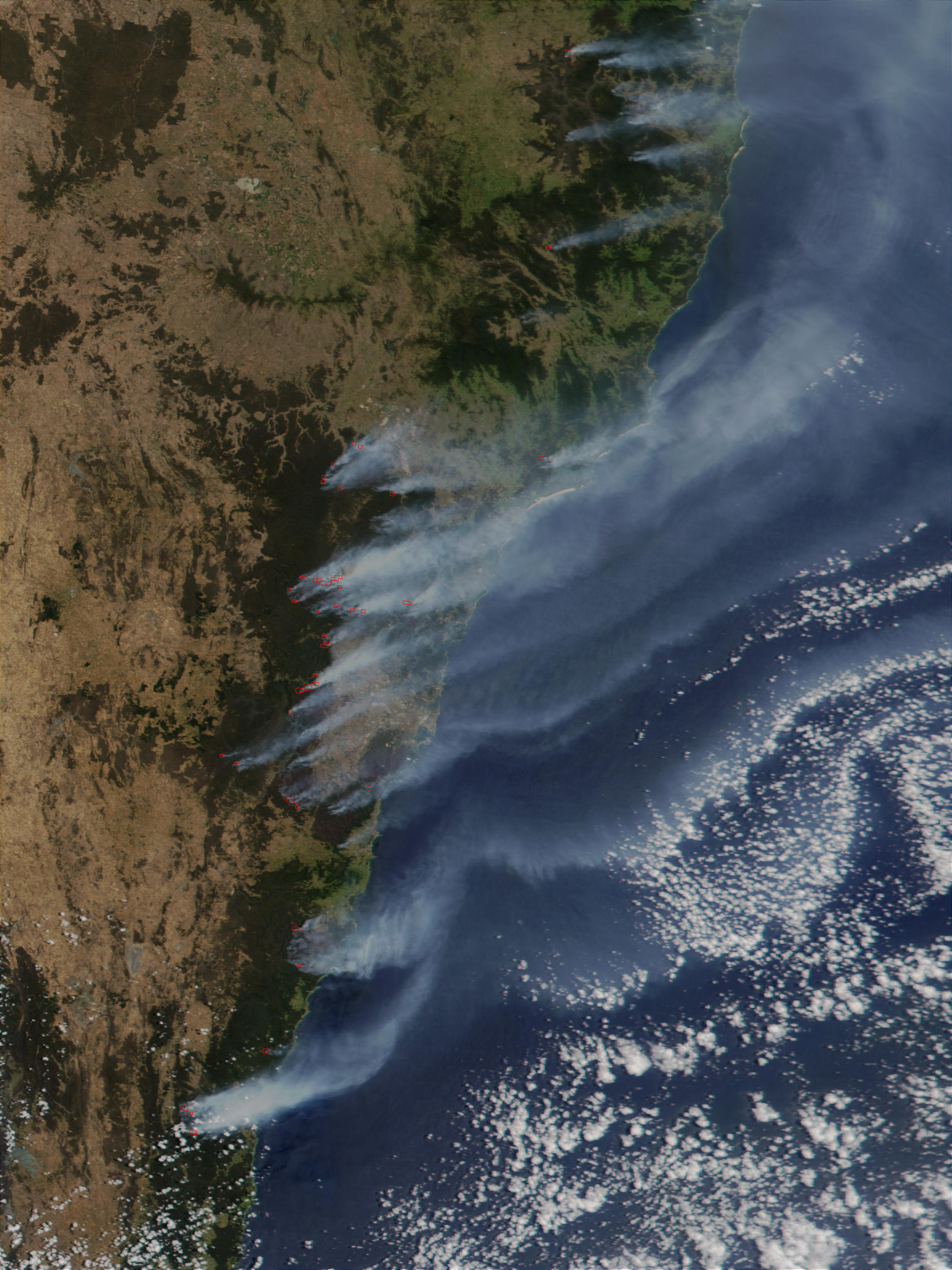 Bush fires surrounding Sydney continue to burn feverishly, and vast smoke plumes ascend from the southeastern coastline of Australia and extend out over the Tasman Sea. This true-color image from NASAs Moderate-resolution Imaging Spectroradiometer (MODIS) was made from data collected on January 3, 2002. More than a dozen active fires are burning in the region, as indicated by the thick plumes of greyish smoke streaming southeastward. The southern end of Sydneys urban area is bounded by the third cluster of fires up from the bottom of the image, and the fires encircle the city, which stands out in tan against the surrounding green vegetation. Sydney is surrounded by several National Parks, many of which have been damaged by the fires. Reports indicate that the fires, which have been aided by daytime temperatures hovering around 100°F and winds blowing at nearly 40 miles per hour, had burned approximately 1.24 million acres of bush land as of January 2. Many of the fires are believed to have been set by arsonists, and police have arrested 21 people in connection with the devastating blazes.
Source: Jacques Descloitres, MODIS Land Rapid Response Team, NASA/GSFC 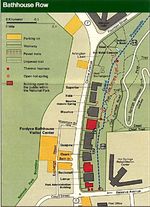