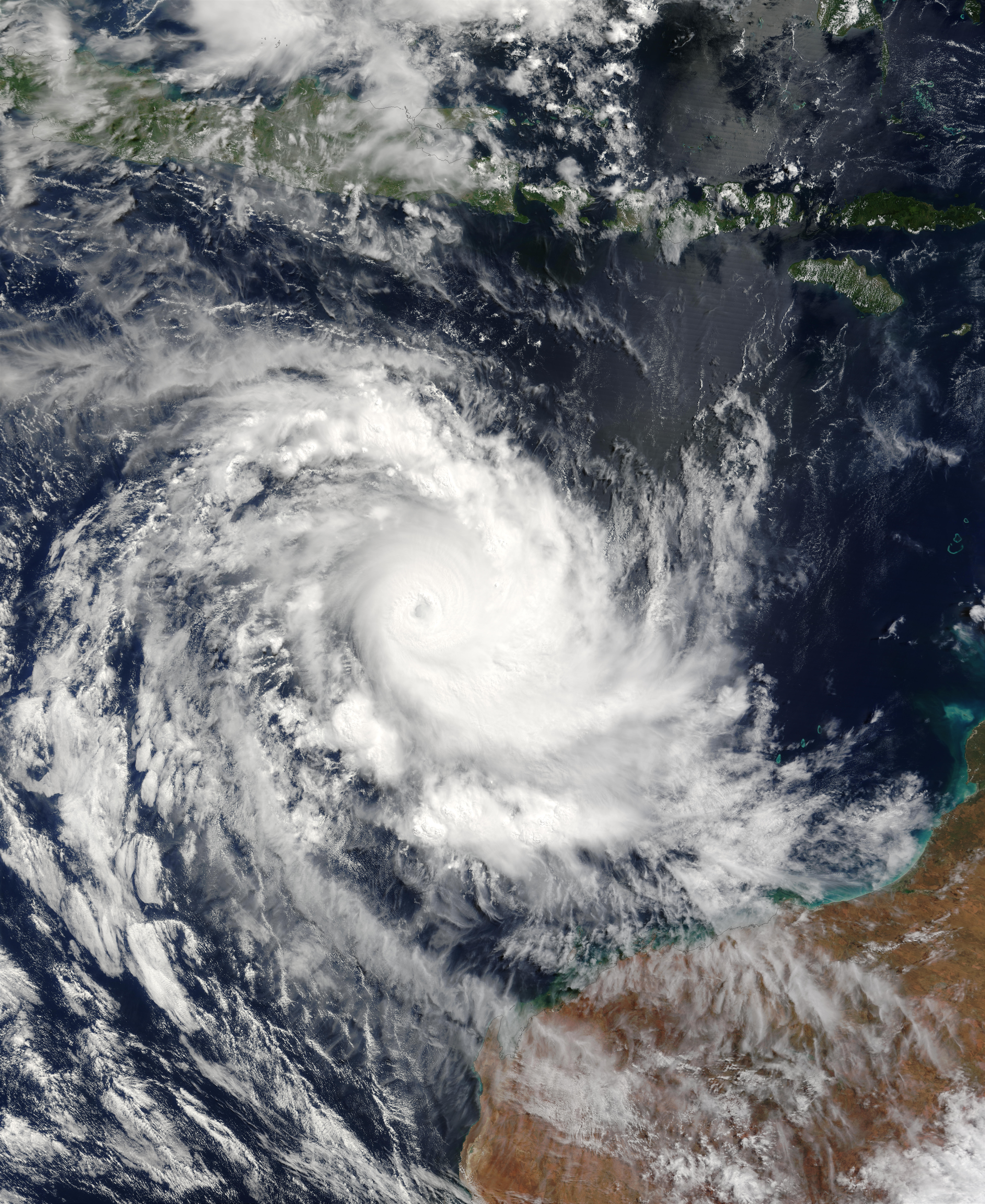 Tropical Cyclone Inigo is bearing down on the coast of northwest Australia in this true-color Moderate Resolution Imaging Spectroradiometer (MODIS) image from the Terra satellite on April 6, 2003. At the time this image was taken winds were around 100 knots (115 mph), down from their maximum speed of 161 mph achieved on April 4. As of April 7, the storm was predicted to continue weakening as it moved toward land, but it could still bring heavy rains to Western Australia and the Northern Territory. In this image, the outer bands of storm clouds have reached the Australia coast and extend northward over the Timor Sea almost all the way to the island of Timor at the top of the image. The storm was predicted to make landfall Monday night or Tuesday, and residents were being warned to prepare for winds in excess of 105 miles per hour.
Source: Jeff Schmaltz, MODIS Rapid Response Team, NASA/GSFC 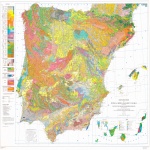