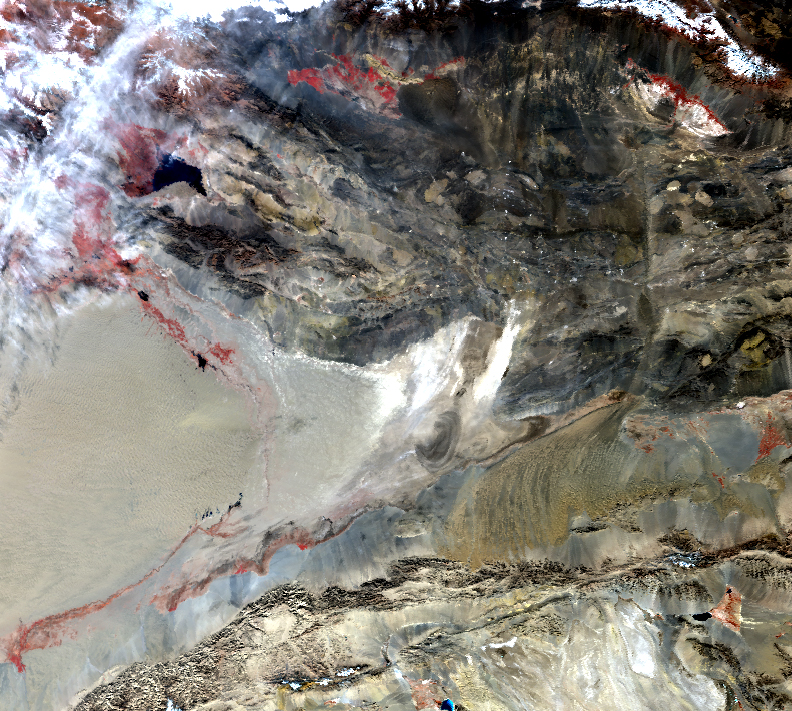 In the area at the very far eastern corner of Chinas Taklimakan Desert, Lop Nor Lake was located up until some years ago. Lop Nor, also called the “the heart of the heart” of Asia, was the place where the waters of the largest inner basin (i.e., not flowing into the sea) of the world—including the Tarim and Kum-daria Rivers—were collected. Depending on the balance between rainfall water yield and evaporation, both position and size of the lake were strongly variable, thus giving rise to the legend of the Wandering Lake. “Lop City” was the place where Marco Polo took his last rest before facing the one-year long crossing of the Gobi Desert. Starting from the end of the 19th century, several explorers tried to find the legendary place. One such explorer was Sven Hedin, who was commissioned by the Governor of Nanjing to lead an expedition to find the lake. In 1937, the Swedish explorer published his book entitled The Wandering Lake. img src=/Newsroom/NewImages/Images/lopmap.jpg alt=Map of Lop Nor width=350 height=258 hspace=0 vspace=0 border=0& Comparing this very precise map from Sven Hedins book with the above Moderate-resolution Imaging Spectroradiometer (MODIS) false-color image (acquired on October 28, 2001), one can find a faint sign on the soil where the Lop Nor was located. This image, derived using a combination of MODIS near-infrared and red channels (vegetation in red), shows where the Tarim River waters currently end their flow. The Wandering Lake does not exist anymore. The combination of climate change and human exploitation of water resources for agriculture caused the disappearance of the lake. This image was processed by Telespazio, Earth Observation division, new products development facility in Rome, Italy. The MODIS sensor flies aboard NASAs Terra spacecraft, launched in December 1999.
Source: Caption and image courtesy Luca Pietranera, Telespazio, Rome, Italy, based on data from the MODIS Science Team

Wildfires and smoke in Central Alaska 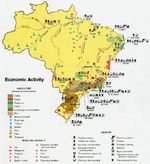