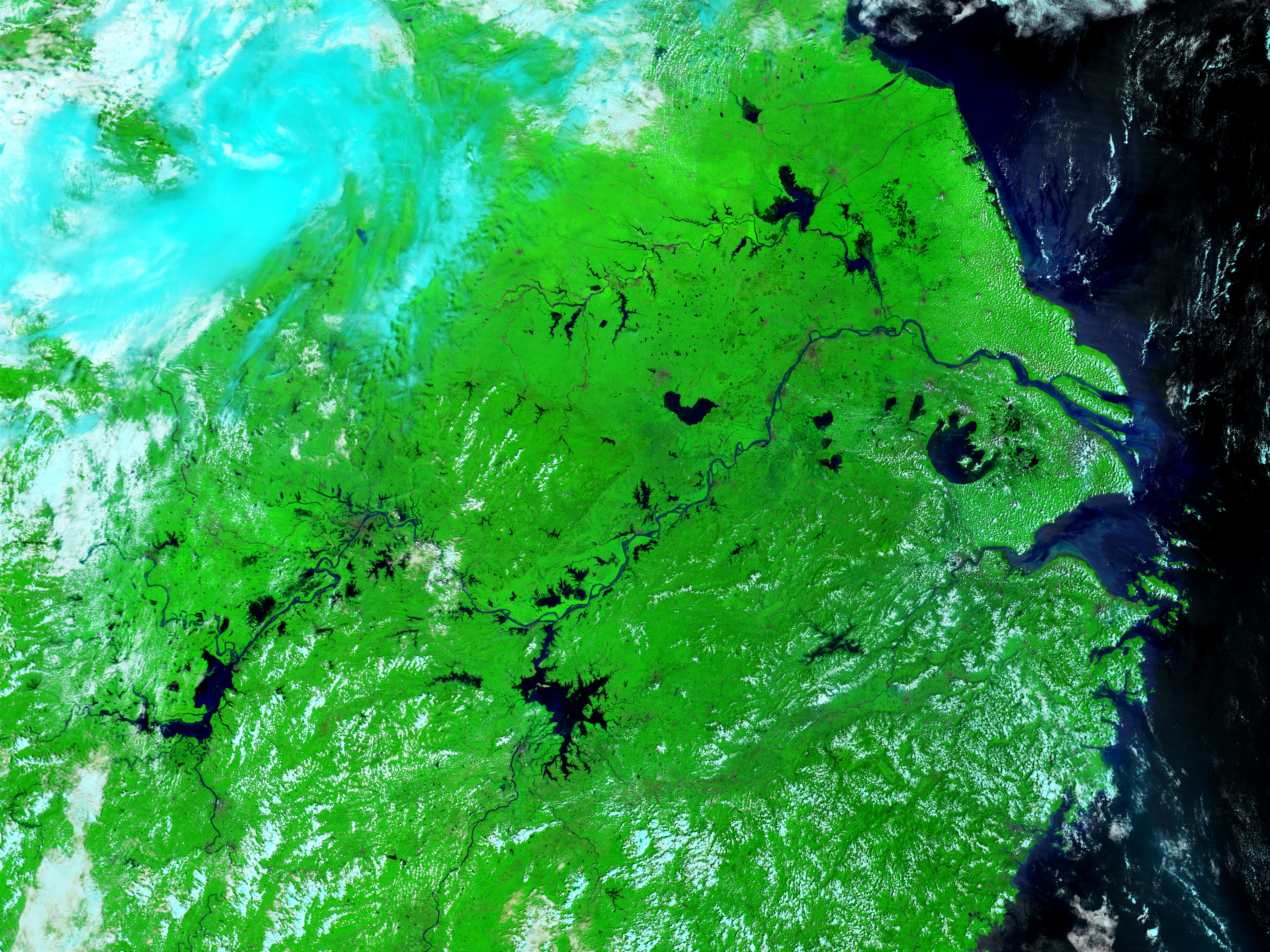 During the summer of 2002, frequent, heavy rains gave rise to floods and landslides throughout China that have killed over 1,000 people and affected millions. This false-color image of the western Yangtze River and Dongting Lake in central China was acquired on August 21, 2002, by the Moderate-resolution Imaging Spectroradiometer (MODIS), flying aboard NASAs Terra spacecraft (right). The latest flooding crisis in China centers on Dingtong Lake in the center of the image. Heavy rains have caused it to swell over its banks and swamp lakefront towns in the province of Hunan. As of August 23, 2002, more than 250,000 people have been evacuated, and over one million people have been brought in to fortify the dikes around the lake. Normally the lake would appear much smaller and more defined in the MODIS image.
Source: Image courtesy Jacques Descloitres, MODIS Land Rapid Response Team at NASA GSFC. 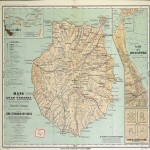