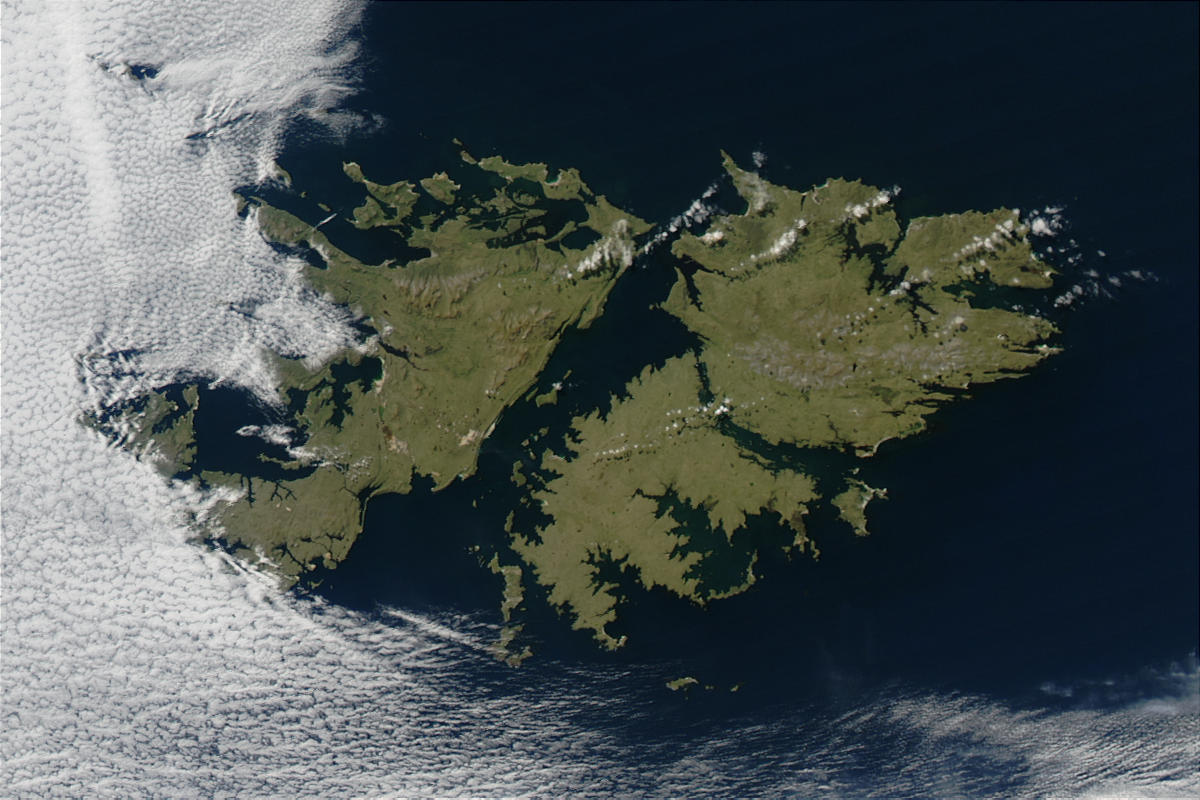 Off the east coast of the southern tip of South America, the Falkland Islands seem to be on the verge of being overtaken by clouds in this true-color Moderate Resolution Imaging Spectroradiometer (MODIS) from the Aqua satellite on March 30, 2003. The two islands, West and East Falkland, are separated by Falkland Sound. The relative isolation of the Falklands makes them important habitat and breeding grounds for more than 60 species of birds, five species of penguins, and several species of seals. The wildlife is so central to the area that many place names revolve around animals. The small cluster of islands located southeast (roughly bottom center) of the mainland´s southeast tip are called Sea Lion Islands. At the northern tip of east Falkland is Cape Dolphin. One of the many islands of the northwest coast of West Falkland is called Carcass Island, perhaps in reference to whales that occasionally beach themselves in the region.
Source: Jeff Schmaltz, MODIS Rapid Response Team, NASA/GSFC 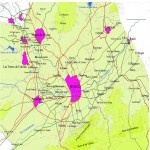 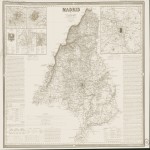