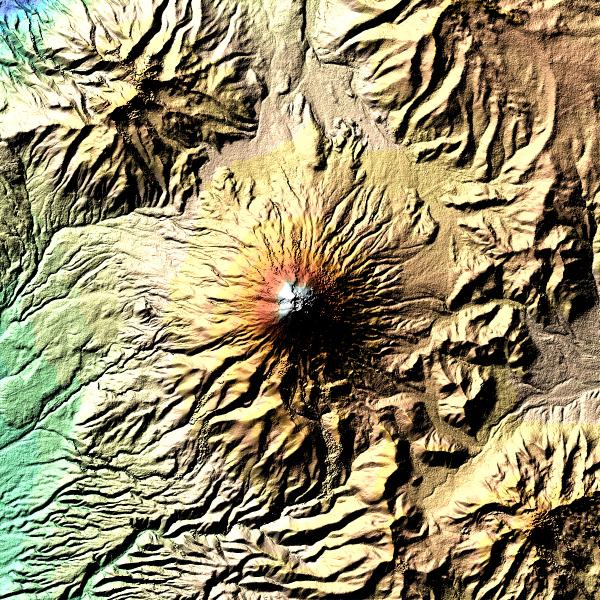 A family of dormant volcanoes dominates the landscape in this radar image of the Andes Mountains in northern Ecuador. The city of Otavalo, shown in pink, and Lake Otavalo lie within the triangle formed by three volcanoes in the upper part of the image. These volcanoes are, clockwise from upper left, Mojanda, Imabura and Cusin. A lake partially fills the summit crater of Mojanda and a group of lava domes can be seen on the north flank. Geologists believe the most recent eruption of Mojanda was about 3,400 years ago. Much more recent activity has occurred at Cayambe, the large volcano at the bottom of the image. Massive mudflow deposits can be seen filling the valleys on the east (right) side of Cayambe. Cayambe last erupted about 600 years ago. Geologists are using radar to study volcanoes in the Andes to determine the history of eruptions and to identify potential threats the volcanoes pose to local communities. This image was acquired by the Spaceborne Imaging Radar-C/X-Band Synthetic Aperture Radar (SIR-C/X-SAR) aboard the space shuttle Endeavour on April 14, 1994. The image is centered at 0.1 degrees north latitude, 78.1 degrees west longitude. The area shown is approximately 50 km by 50 km (31 miles by 31 miles). North is toward the upper right. Colors are assigned to different frequencies and polarizations of the radar as follows: red is L-band horizontally transmitted, vertically received; green is L- band horizontally transmitted, vertically received; and blue is C-band horizontally transmitted, horizontally received. SIR-C/X- SAR, a joint mission of the German, Italian and United States space agencies, is part of NASA's Mission to Planet Earth.
Source: National Aeronautics and Space Administration - NASA/JPL/NIMA 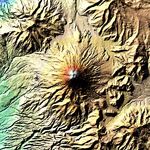 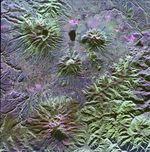 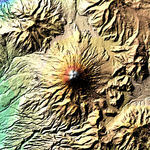 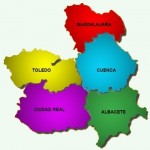 The provinces of Castile-La Mancha 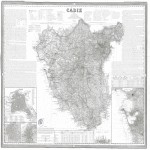 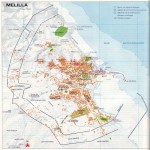 Map of the city of Melilla