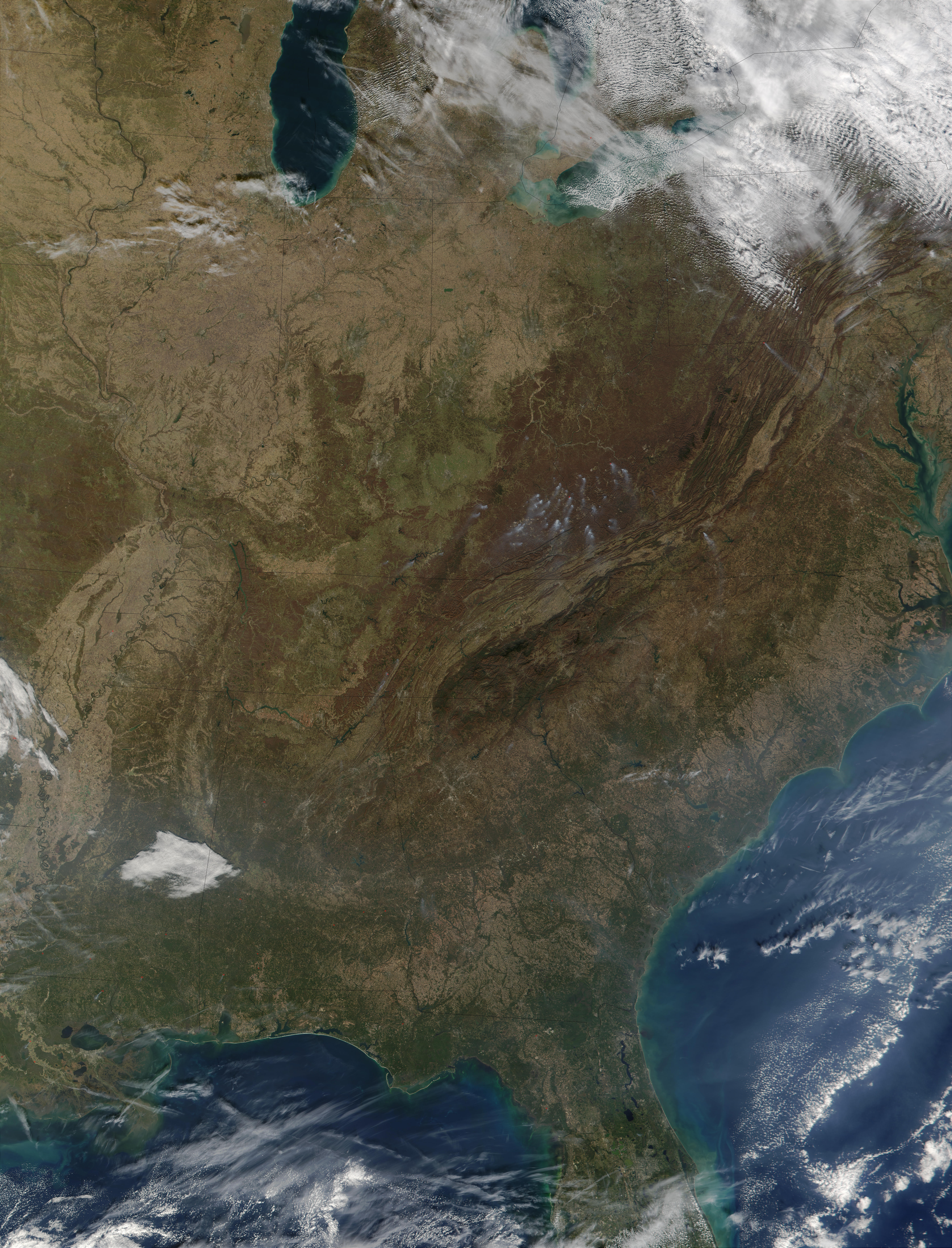 Drought conditions have plagued the Appalachian Mountains in October and November, and low relative humidity combined with dry leaves on the ground has created extreme fire danger in many eastern states. This true-color MODIS image made from data collected on November 13, 2001, shows smoke from numerous fires (indicated in red), predominantly in southern West Virginia (image center), Kentucky (to the southwest), and Tennessee (south). The fires, at least some of which are likely the result of arson, have burned thousands of acres throughout the region. Unfortunately for those people fighting the fires, the fire danger is likely to remain high, with no significant rain expected in the near term. South of Lake Erie, the southernmost of the Great Lakes, numerous aircraft contrails crisscross Ohio. Water vapor emitted with engine exhaust condenses in the cold, dry air at high altitudes, leaving behind a trail of condensation--a contrail.
Source: Image courtesy Jacques Descloitres, MODIS Land Rapid Response Team at NASA GSFC

Bioclimatic zones of the province of Guadalajara 2009