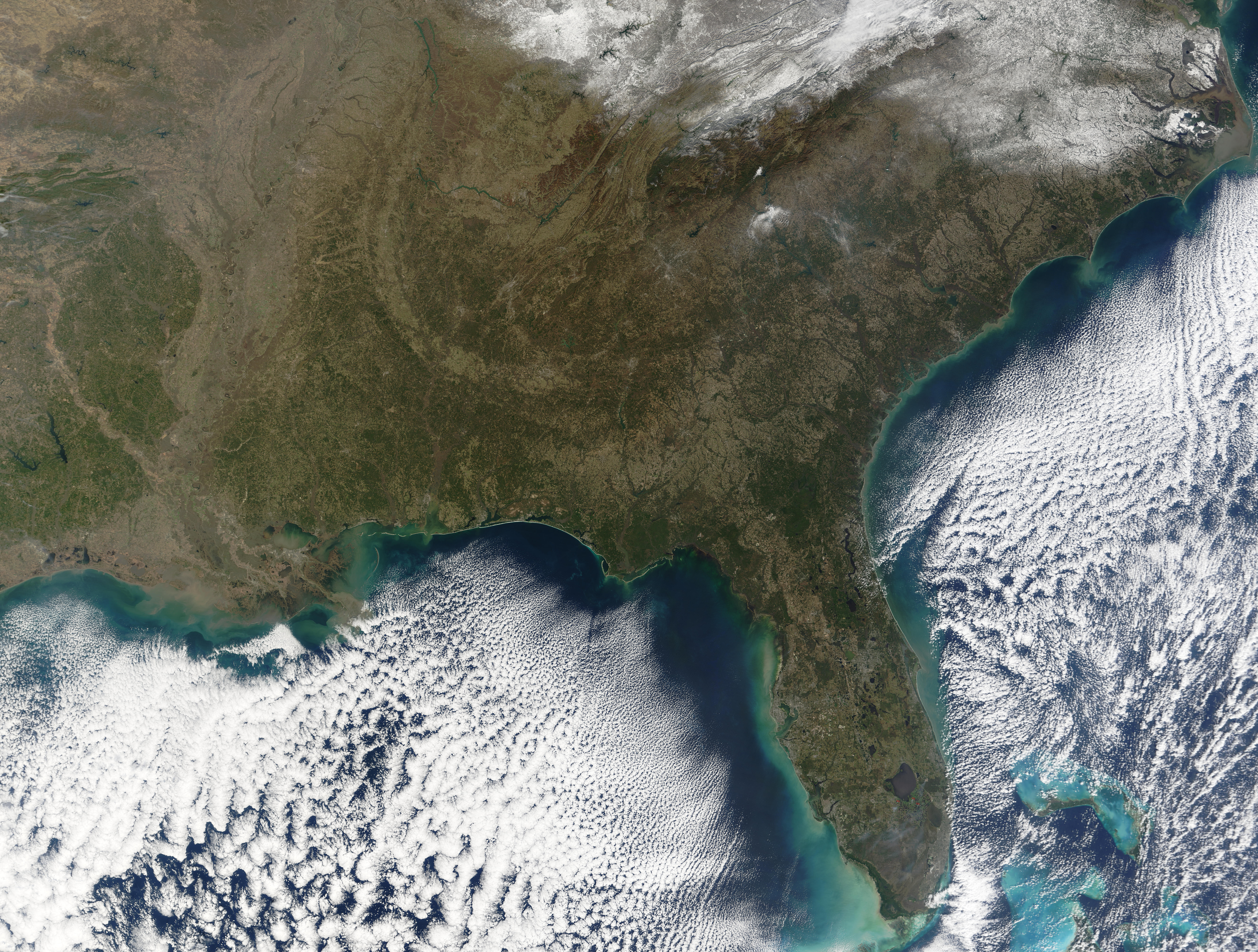 Showing clearly in the midst of winter, the southeastern United States is painted in somber browns, greens, and tans. Because temperatures remain too high in this region to collect much snowfall, much of the dormant land shows through. What snow has accumulated is limited to the area surrounding the Appalachian Mountain Range, and proceeds no further south than North Carolina and Tennessee. Even the Mississippi River Valley, running south through the left-hand side of the image, remains subdued. Fifteen states appear in this image. Running along the upper edge of the image are (from left to right) Missouri, the southern tip of Illinois, Kentucky, and Virginia. Proceeding down the southeastern coast are North Carolina, South Carolina, Georgia, and Florida. West of Florida and Georgia is Alabama, then Mississippi and Louisiana. Arkansas shares borders with Louisiana (south) and Mississippi (east), Oklahoma (west), and Texas (southwest corner). The Gulf of Mexico dominates the southern edge of the image, while the Atlantic Ocean dominates the eastern; both are mostly obscured by clouds. The Bahamas are partially visible off of Floridas southeastern coast. This true-color Terra MODIS image was acquired on January 11, 2004.
Source: Jeff Schmaltz, MODIS Rapid Response Team, NASA/GSFC