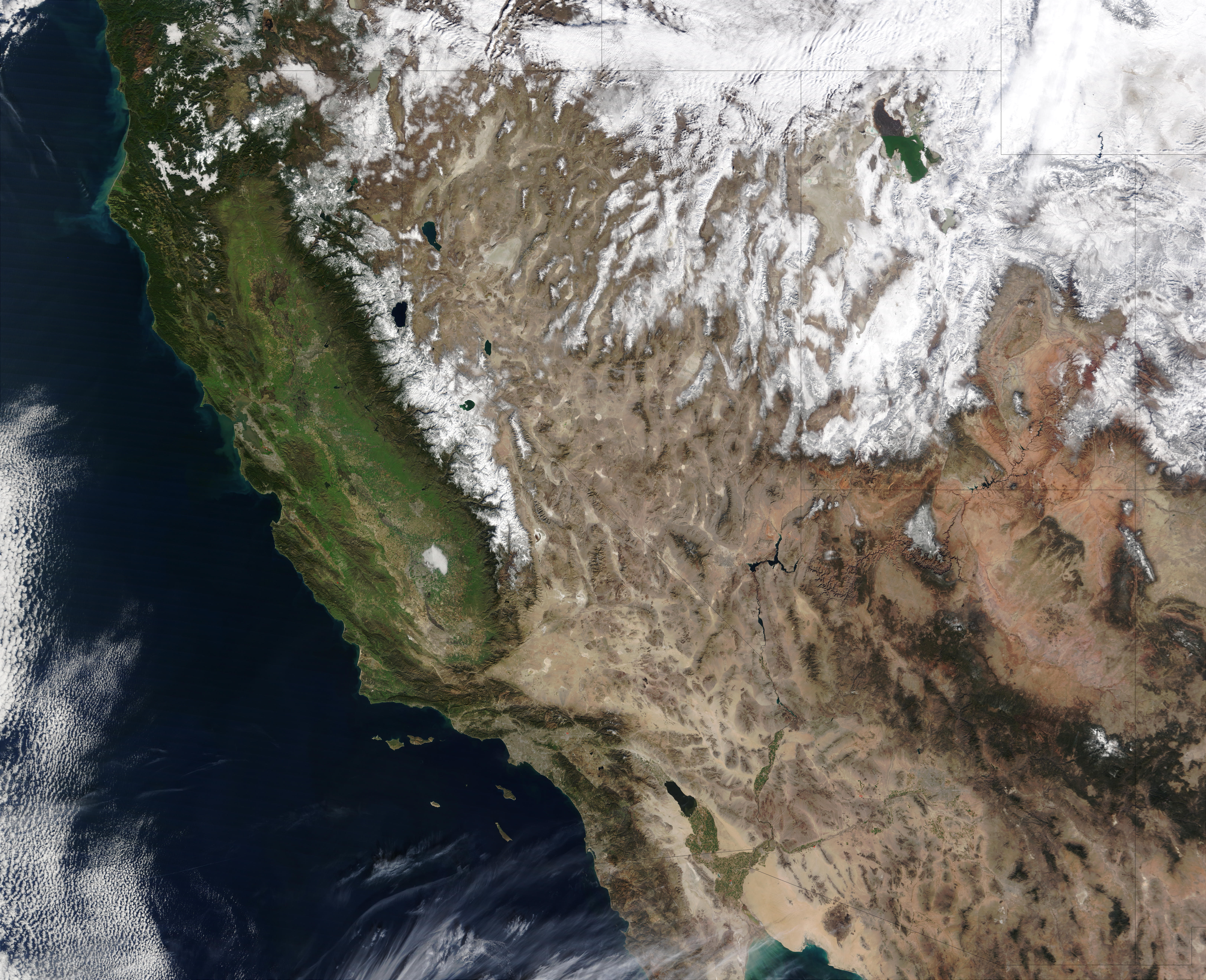 The western coast of the United States is featured in these true-color Aqua and Terra MODIS images from early February 2003. Snows dust the mountains in much of the scene, highlighting a number of ranges, such as the Coastal Range of Washington, Oregon, and northern California; the Sierra Nevada Range along the border of Nevada; and the Rocky Mountain Range, which runs from southwestern Canada, through the western United States, and down into Mexico, where it splits into two branches, the Sierra Madre Occidental (western) and Sierra Madre Oriental (eastern). The MODIS instruments also detected a number of fires, which are marked in red. Some of the fires show visible smoke plumes in the higher resolutions of the images.
Source: Jeff Schmaltz, MODIS Rapid Response Team, NASA/GSFC 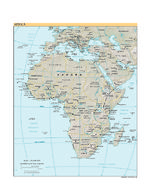