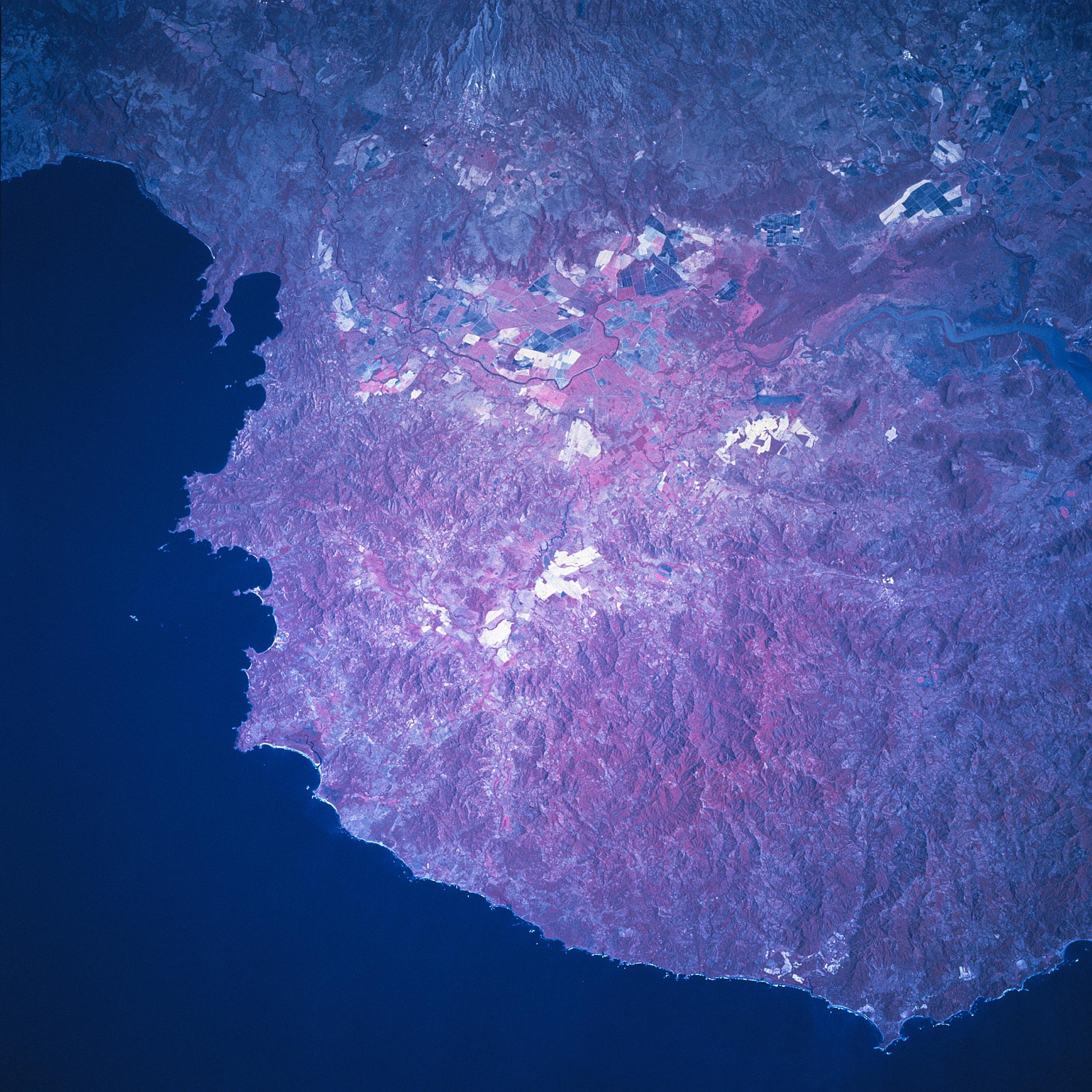 Tempisque River Basin, Costa Rica January 1997. The broadest part of the Nicoya Peninsula where it attaches to the mainland is featured in this color infrared picture (green vegetation is presented in red colors) of the northwest coast of Costa Rica. This region has been developed by a series of up-faulted blocks creating a mountainous peninsula, with many indented shorelines, and a steep, rocky coastline. The lowland area immediately northeast of the peninsula is the Tempisque River Basin. The main channel of the river can be traced across the image (mainly as a thin, dark line) as the river first flows south and then makes a turn southeast, finally emptying into the Gulf of Nicoya (off the right edge of the picture). The Tempisque River and its tributaries have produced an extensive lowland alluvial plain. Large field patterns are visible on the higher elevations of this fertile plain, especially on the northeast side of the river, where tropical lowland agriculture flourishes-including ranching and plantation activities. The darker areas near the delta and mouth of the Tempisque River shows an extensive area of low-lying swamps and lagoons, many of which are saline in nature.
Source: National Aeronautics and Space Administration - NASA/JPL/NIMA 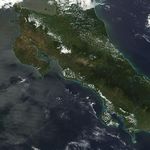 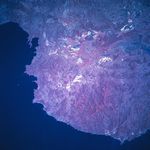 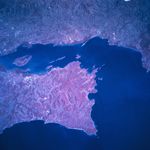 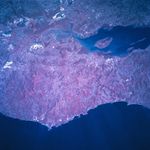 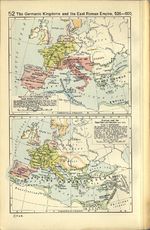 The Germanic Kingdoms and the East Roman Empire 526-600 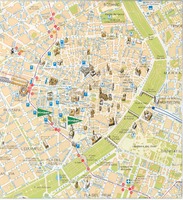 Map of the United States and Outlying Areas