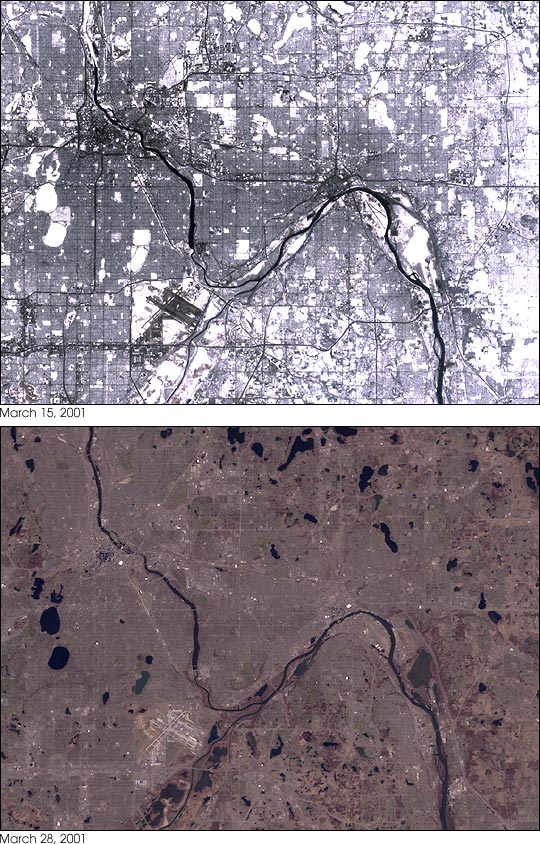 large images: March 15, 2001 March 28, 2000 The recent (April 2001) flooding along the Mississippi River in the Upper Midwest was partially due to an unusual amount of spring snow cover. The pair of images above show the cities of Minneapolis and St. Paul, Minnesota in March of 2001 (top) and 2000 (bottom). Taken by the Enhanced Thematic Mapper Plus aboard NASAs Landsat satellite, the large images show details as small as 30 meters across. In the spring of 2001 melting snow saturated the ground with water, so the water from a series of rainstorms quickly ran off, swelling the Mississippi and its tributaries. As a result cities such as Minneapolis, Minnesota, La Crosse, Wisconsin, and Davenport, Iowa experienced near-record floods.
Source: Image courtesy EROS Data Center and the Landsat 7 science team 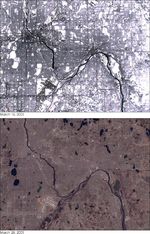 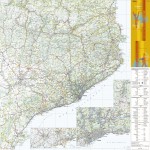 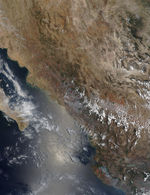 Fires in Mexico and Central America