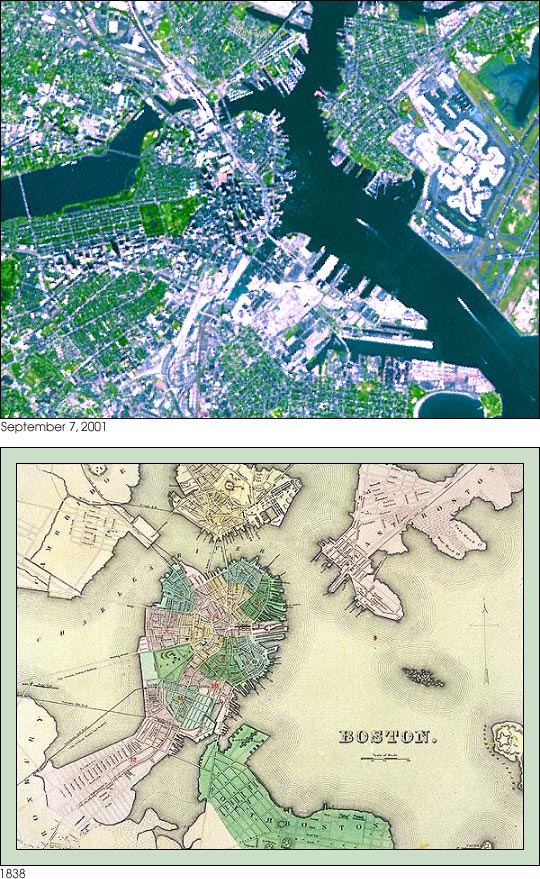 The city of Boston has grown dramatically since its settlement in the 17th century. As seen in this map drawn in 1838, downtown Boston was a peninsula surrounded by several large islands and headlands along the Charles River. During the past 170 years, much of Boston Harbor and the mouth of the Charles River were filled in to create buildable land. The ASTER simulated natural color image depicts a large metropolis where land area dominates water. Notice, for example, that Logan International Airport (on the right edge of the image) was once nothing but water. This image was acquired on September 7, 2001, and covers an area of 9 kilometers (5.6 miles) x 7 kilometers (4.4 miles).
Source: Image courtesy NASA/GSFC/MITI/ERSDAC/JAROS, and U.S./Japan ASTER Science Team 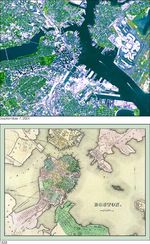 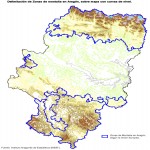