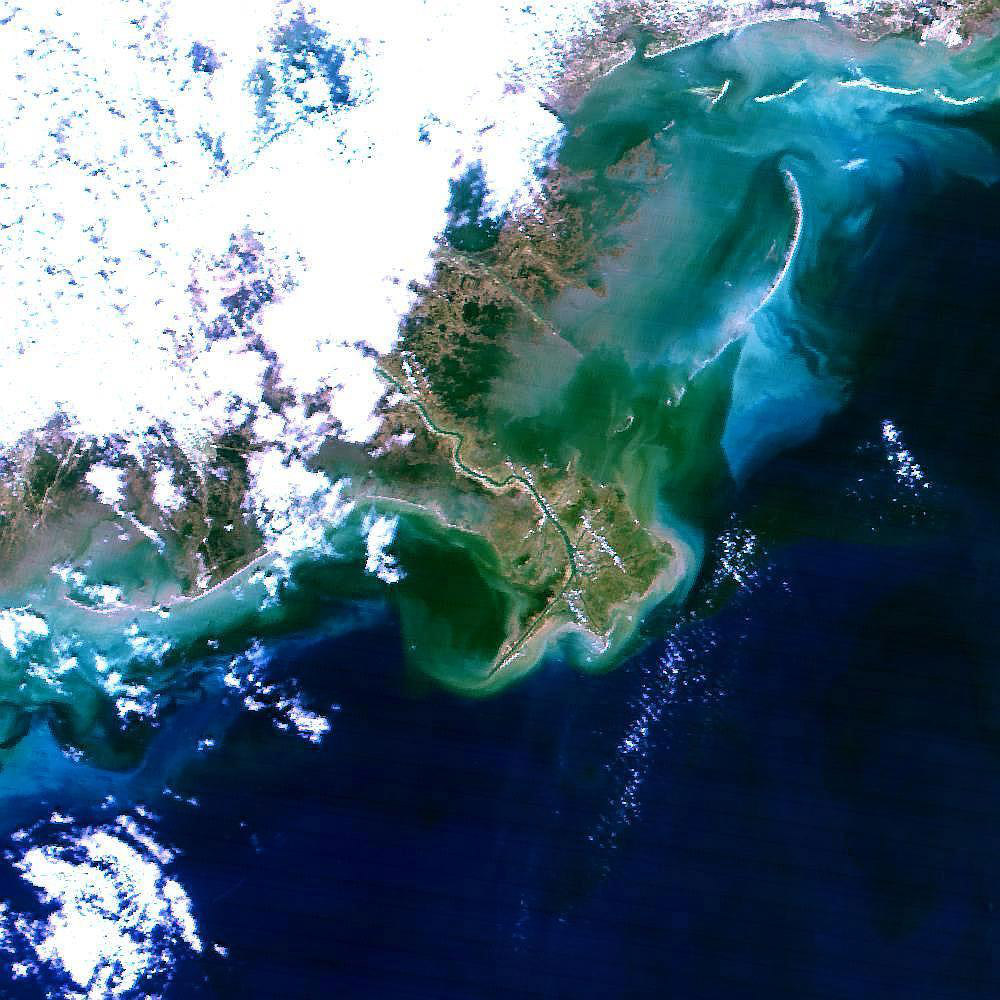 This image of the Mississippi Delta was acquired on February 24, 2000 and is one of the first scenes acquired by the Moderate resolution Imaging Spectroradiometer (MODIS) on the EOS-Terra Spacecraft. It covers an area of 100km by 100km over New Orleans, Louisiana and the Gulf of Mexico. Some features clearly visible on the image are:. Light the classic birds foot shape of the Mississippi Rivers channels in the delta Light sediment plumes around the delta and between the barrier islands north of it Light differences in ocean color between the shallow bays behind the barrier islands and the open waters of the Gulf of Mexico.. The scene was made by combining three of the visible bands of the MODIS Land Surface Reflectance product.
Source: MODIS Instrument Team, NASA Goddard Space Flight Center, 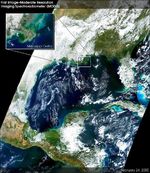 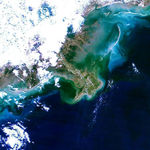 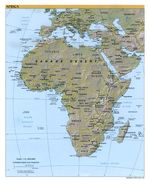