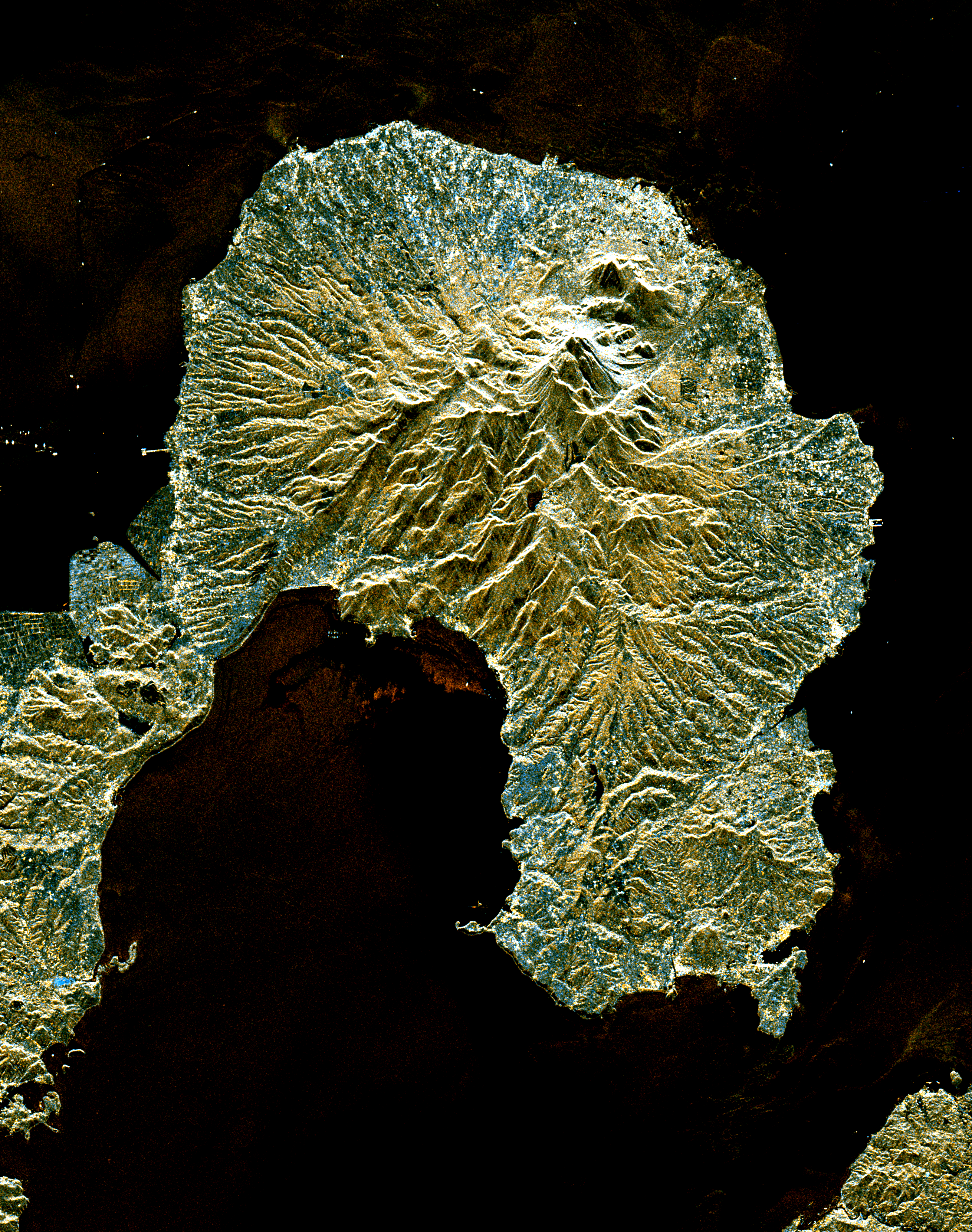 This is a space radar image of the area around the Unzen volcano, on the west coast of Kyushu Island in southwestern Japan. Unzen, which appears in this image as a large triangular peak with a white flank near the center of the peninsula, has been continuously active since a series of powerful eruptions began in 1991. The image was acquired by the Spaceborne Imaging Radar-C/X-band Synthetic Aperture Radar (SIR-C/X- SAR) aboard the space shuttle Endeavour on its 93rd orbit on April 15, 1994. The image shows an area 41.5 kilometers by 32.8 kilometers (25.7 miles by 20.3 miles) that is centered at 32.75 degrees north latitude and 130.15 degrees east longitude. North is toward the upper left of the image. The radar illumination is from the top of the image. The colors in this image were obtained using the following radar channels: red represents the L-band (vertically transmitted and received); green represents the average of L-band and C-band (vertically transmitted and received); blue represents the C-band (vertically transmitted and received). Unzen is one of 15 Decade volcanoes identified by the scientific community as posing significant potential threats to large local populations. The city of Shimabara sits along the coast at the foot of Unzen on its east and northeast sides. At the summit of Unzen a dome of thick lava has been growing continuously since 1991. Collapses of the sides of this dome have generated deadly avalanches of hot gas and rock known as pyroclastic flows. Volcanologists can use radar image data to monitor the growth of lava domes, to better understand and predict potentially hazardous collapses. Spaceborne Imaging Radar-C and X- Synthetic Aperture Radar (SIR-C/X-SAR) is part of NASAs Mission to Planet Earth. The radars illuminate Earth with microwaves allowing detailed observations at any time, regardless of weather or sunlight conditions. SIR-C/X-SAR uses three microwave wavelengths: L-band (24 cm), C-band (6 cm) and X-band (3 cm). The multi- frequency data will be used by the international scientific community to better understand the global environment and how it is changing. The SIR- C/X-SAR data, complemented by aircraft and ground studies, will give scientists clearer insights into those environmental changes which are caused by nature and those changes which are induced by human activity. SIR-C was developed by NASAs Jet Propulsion Laboratory. X-SAR was developed by the Dornier and Alenia Spazio companies for the German space agency, Deutsche Agentur fuer Raumfahrtangelegenheiten (DARA), and the Italian space agency, Agenzia Spaziale Italiana (ASI).
Source: NASA JPL 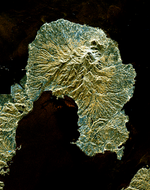