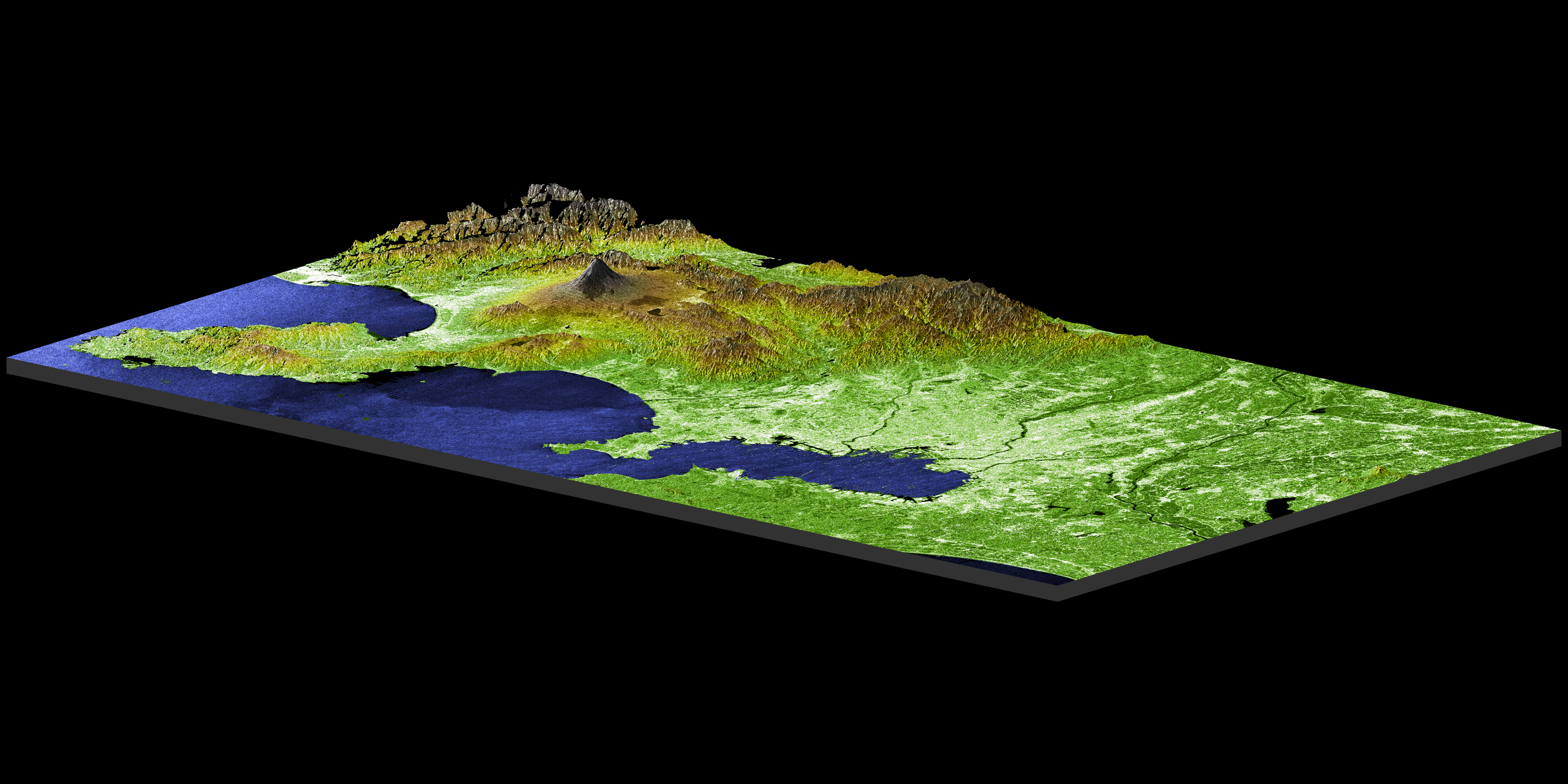 Tokyo, located on the island of Honshu, is Japans capital and most populous city. In this perspective view generated using data from the Shuttle Radar Topography Mission (SRTM), Tokyo appears as the large, bright area in the foreground. The metropolitan area is home to one-fourth of Japans 127 million people. First known as Edo, the now bustling metropolis first began to flourish in 1603 when a Shogunate (a region under the jurisdiction of a military leader) was established there. Like all of Japans major cities it is located in the flat, coastal areas of this mostly rugged and mountainous country. The mountain peak in the background is the 3,776-meter (12,388-feet) high Mt. Fuji. A world-famous stratovolcano, Fuji is still considered active despite not having had an eruption in almost 300 years. In this image, elevations are represented by color; height increases from white to green to brown. For visualization purposes, topographic heights displayed in this image are exaggerated two times. Other SRTM views of Mt. Fuji and Tokyo can be seen in PIA02791 and PIA02793. The elevation data used in this image was acquired by SRTM aboard the Space Shuttle Endeavour, launched on February 11, 2000. SRTM used the same radar instrument that comprised the Spaceborne Imaging Radar-C/X-Band Synthetic Aperture Radar (SIR-C/X-SAR) that flew twice on Endeavour in 1994. SRTM was designed to collect three-dimensional measurements of Earths land surface. To collect the 3-D SRTM data, engineers added a mast 60 meters (about 200 feet) long, installed additional C-band and X-band antennas, and improved tracking and navigation devices. The mission is a cooperative project between the NASA, the National Imagery and Mapping Agency (NIMA) of the U.S. Department of Defense, and the German and Italian space agencies. It is managed by NASAs Jet Propulsion Laboratory, Pasadena, Calif, for NASAs Earth Science Enterprise, Washington, D.C. JPL is a division of the California Institute of Technology in Pasadena. Location (Tokyo): 35.40 deg. North lat., 139.45 East lon. View: Toward the West Date Acquired: February 21, 2000 SRTM
Source: NASA/JPL/NIMA 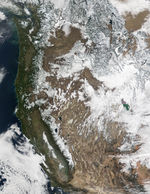 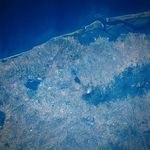 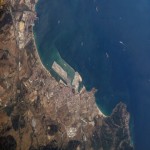