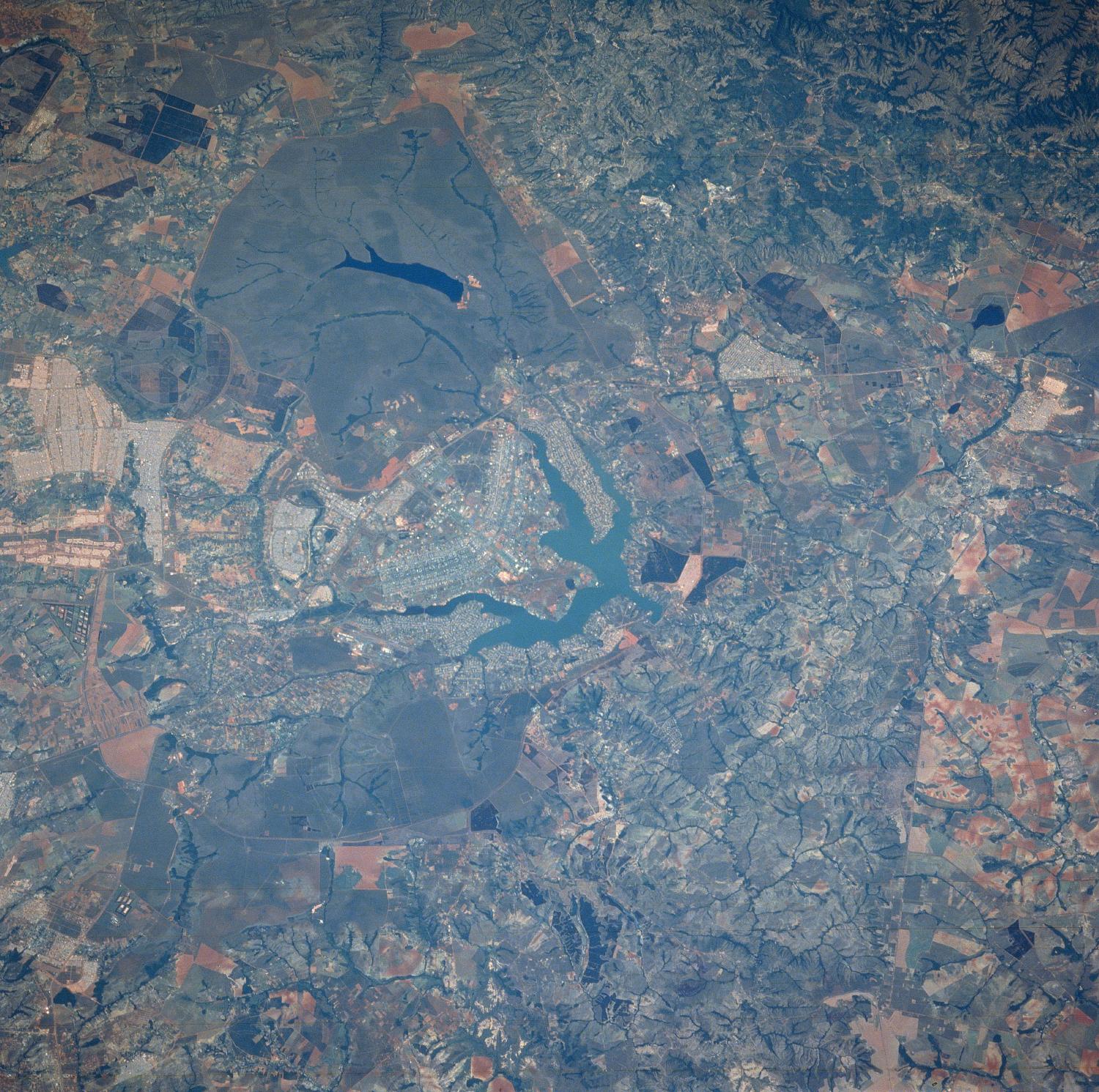 Brasilia, Brazil November 1990. Brazil's capital city, Brasilia (1998 population estimated around 2 million), is one of the world's newest capital cities. Major construction projects have been underway since the 1950's to turn this once sparsely populated and remote region into a major economic and political sphere of influence for Brazil. Identifiable features include the sizable, darker landscape with an elongated lake (dark) which is the National Park of Brasilia; Lake Paranoa, the irregular-shaped, bluish-looking lake in the center of the image; and several light-colored residential sites that are visible mainly east and west of Lake Paranoa. The central city or political center of Brasilia (center of the image) was designed to look like a jet aircraft with swept-back wings and the nose of the aircraft pointing eastward.
Source: NASA - National Aeronautics and Space Administration 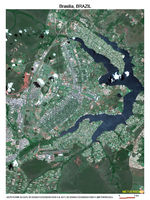 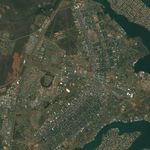 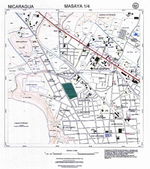