This is an X-band image showing seasonal changes at the hydrological test site of Bebedouro in Brazil. The image is centered at 9 degrees south latitude and 40.2 degrees west longitude. This image was acquired by the Spaceborne Imaging Radar-C and X-band Synthetic Aperture Radar (SIR-C/ X-SAR) aboard the space shuttle Endeavour on April 10, 1994, during the first flight of the radar system, and on October 1, 1994, during the second mission. The swath width is approximately 16.5 kilometers (10.5 miles) wide. The image channels have the following color assignments: red represents data acquired on April 10; green represents data acquired on October 1; blue corresponds to the ratio of the two data sets. Agriculture plays an important economic and social role in Brazil. One of the major problems related to Brazilian agriculture is estimating the size of planting areas and their productivity. Due to cloud cover and the rainy season, which occurs from November through April, optical and infrared Earth observations are seldom used to survey the region. An additional goal of monitoring this region is to watch the floodplains of rivers like Rio Sao Francisco in order to determine suitable locations for additional agricultural fields. This area belongs to the semi-arid northeastern region of Brazil, where estimates have suggested that about 10 times more land could be used for agrculture, including some locations which could be used for irrigation projects. Monitoring of soil moisture during the important summer crop season is of high priority for the future development and productivity of this region. In April the area was covered with vegetation because of the moisture of the soil and only small differences could be seen in X-band data. In October the run-off channels of this hilly region stand out quite clearly because the greenish areas indicated much less soil moisture and water content in plants. Spaceborne Imaging Radar-C and X-band Synthetic Aperture Radar (SIR-C/ X-SAR) is part of NASAs Mission to Planet Earth. The radars illuminate Earth with microwaves, allowing detailed observations at any time, regardless of weather or sunlight conditions. SIR-C/X-SAR uses three microwave wavelengths: L-band (24 cm), C-band (6 cm) and X-band (3 cm). The multi-frequency data will be used by the international scientific community to better understand the global environment and how it is changing. The SIR-C/X-SAR data, complemented by aircraft and ground studies, will give scientists clearer insights into those environmental changes which are caused by nature and those changes which are induced by human activity. SIR-C was developed by NASAs Jet Propulsion Laboratory. X-SAR was developed by the Dornier and Alenia Spazio companies for the German space agency, Deutsche Agentur fuer Raumfahrtangelegenheiten (DARA), and the Italian space agency, Agenzia Spaziale Italiana (ASI), with the Deutsche Forschungsanstalt fuer Luft und Raumfahrt e.V. (DLR), the major partner in science, operations and data processing of X-SAR.
Source: NASA JPL 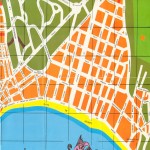 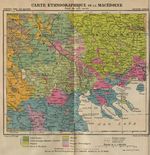 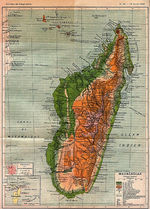