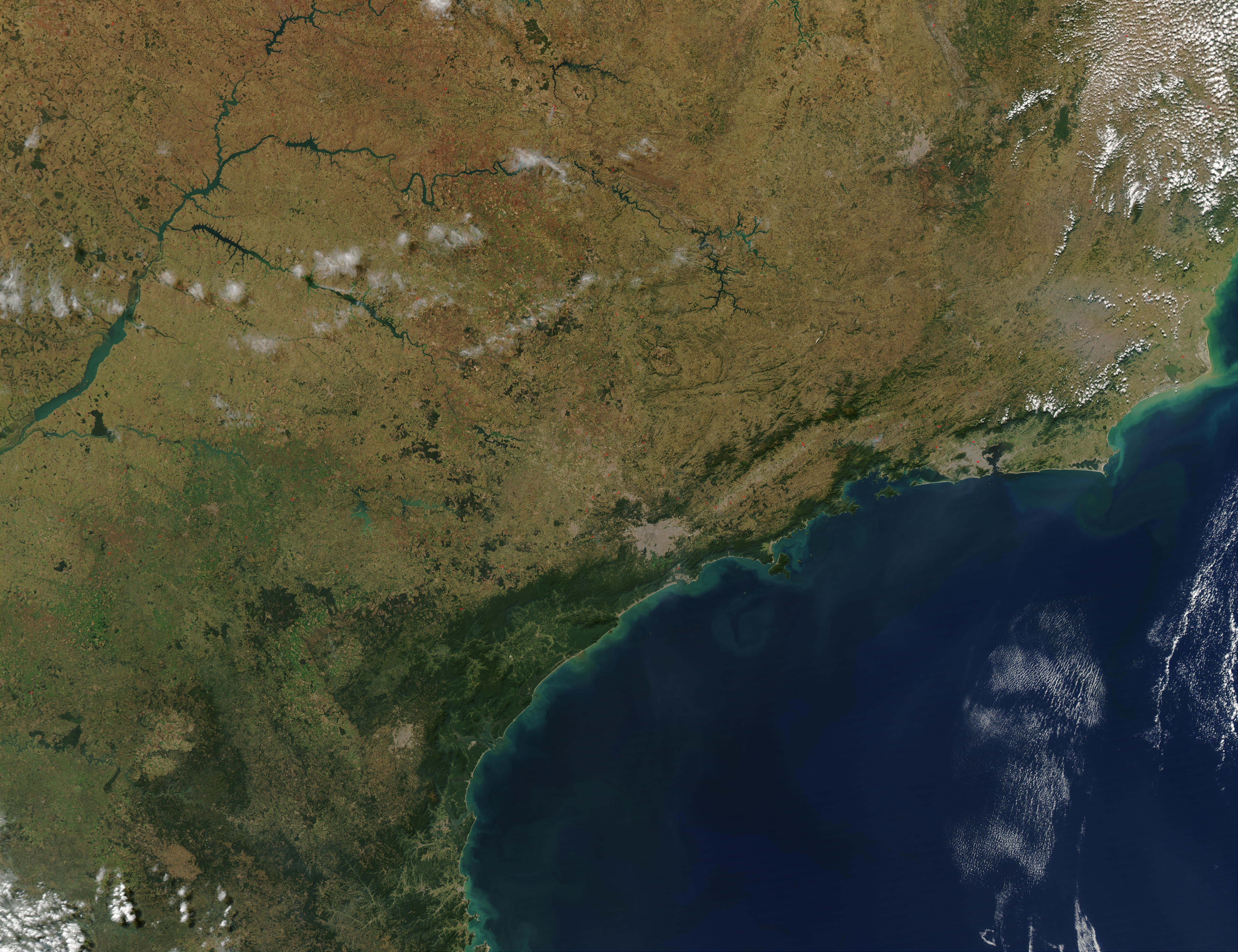 Sao Paulo and Rio de Janeiro, the largest cities in Brazil, are shown here in this true-color Aqua MODIS image acquired on July 20, 2003. Located on the southern Atlantic Ocean, the two cities form the economic and cultural centers of Brazil. Rio de Janeiro is the rightmost coastal city, and sits on the western side of the Bay of Guanabara. Sao Paulo is about 300 kilometers to the west, and is set back a little farther from the Atlantic. Both cities are heavily populated, with Sao Paulo being home to the larger population of over 18 million. Farther west down the coast, the city of Curitiba is also visible as a grayish-tan smudge against the green coastal mountains. Much farther inland, a number of rivers are visible, including the mighty Parana, South AmericaÂŽs second longest river. The Parana flows to the southwest, starting from the point where the Paranaiba (top edge) and the Grande (top center) rivers join. The next river to join the Parana is the Tiete, and the last in this image is the Paranapanema. All of these rivers help make this the most agriculturally fertile region of Brazil. Scattered throughout the region are tiny red dots, which mark locations where MODIS detected active fires.
Source: Jacques Descloitres, MODIS Rapid Response Team, NASA/GSFC 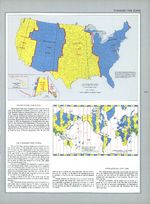