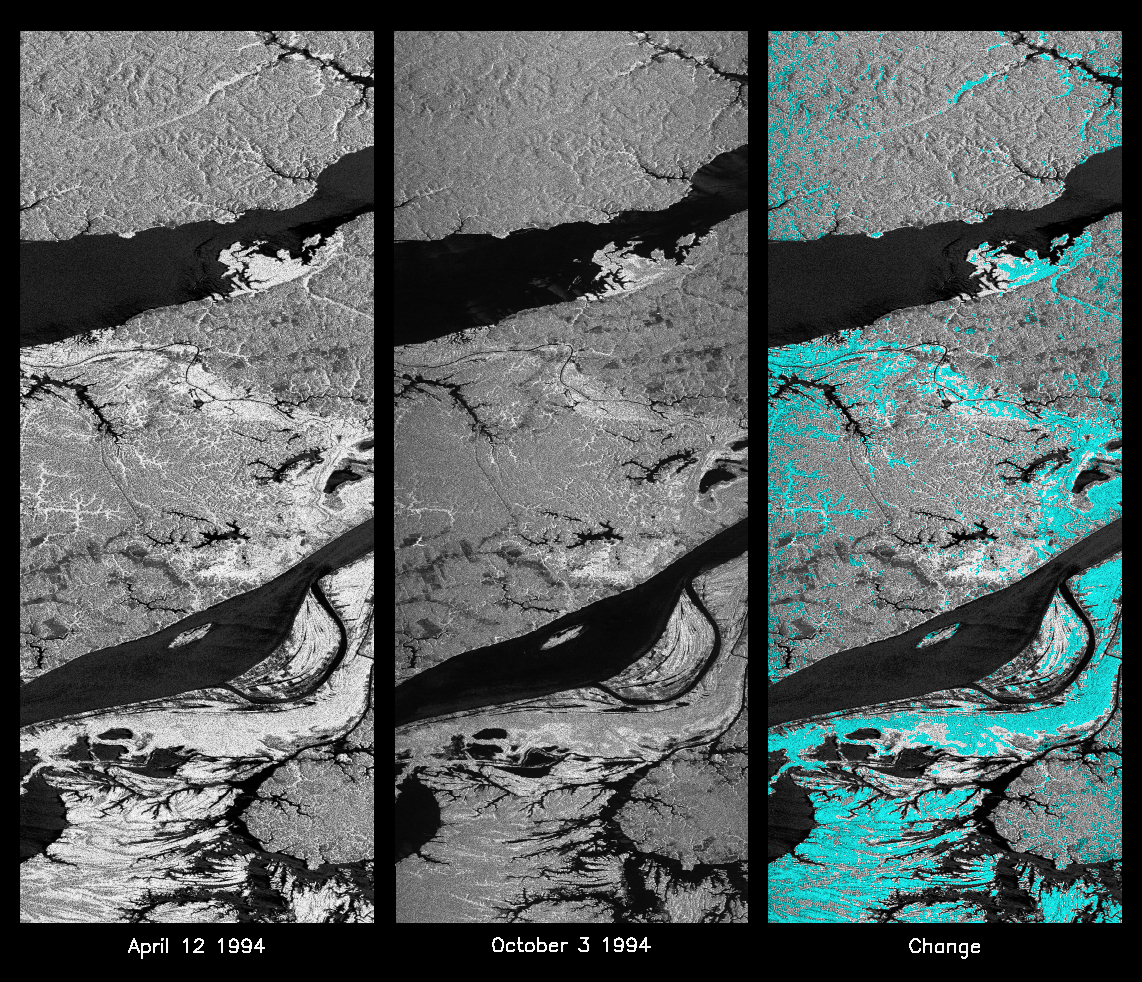 These L-band images of the Manaus region of Brazil were acquired by the Spaceborne Imaging Radar-C and X-band Synthetic Aperture Radar (SIR-C/X- SAR) aboard the space shuttle Endeavour. The left image was acquired on April 12, 1994, and the middle image was acquired on October 3, 1994. The area shown is approximately 8 kilometers by 40 kilometers (5 miles by 25 miles). The two large rivers in this image, the Rio Negro (top) and the Rio Solimoes (bottom), combine at Manaus (west of the image) to form the Amazon River. The image is centered at about 3 degrees south latitude and 61 degrees west longitude. North is toward the top left of the images. The differences in brightness between the images reflect changes in the scattering of the radar channel. In this case, the changes are indicative of flooding. A flooded forest has a higher backscatter at L-band (horizontally transmitted and received) than an unflooded river. The extent of the flooding is much greater in the April image than in the October image, and corresponds to the annual, 10-meter (33-foot) rise and fall of the Amazon River. A third image at right shows the change in the April and October images and was created by determining which areas had significant decreases in the intensity of radar returns. These areas, which appear blue on the third image at right, show the dramatic decrease in the extent of flooded forest, as the level of the Amazon River falls. The flooded forest is a vital habitat for fish and floating meadows are an important source of atmospheric methane. This demonstrates the capability of SIR-C/X-SAR to study important environmental changes that are impossible to see with optical sensors over regions such as the Amazon, where frequent cloud cover and dense forest canopies obscure monitoring of floods. Field studies by boat, on foot and in low-flying aircraft by the University of California at Santa Barbara, in collaboration with Brazils Instituto Nacional de Pesguisas Estaciais, during the first and second flights of the SIR-C/X-SAR system have validated the interpretation of the radar images. Spaceborne Imaging Radar-C and X-band Synthetic Aperture Radar (SIR-C/X- SAR) is part of NASAs Mission to Planet Earth. The radars illuminate Earth with microwaves, allowing detailed observations at any time, regardless of weather or sunlight conditions. SIR-C/X-SAR uses three microwave wavelengths: L-band (24 cm), C-band (6 cm) and X-band (3 cm). The multi-frequency data will be used by the international scientific community to better understand the global environment and how it is changing. The SIR-C/X-SAR data, complemented by aircraft and ground studies, will give scientists clearer insights into those environmental changes which are caused by nature and those changes which are induced by human activity. SIR-C was developed by NASAs Jet Propulsion Laboratory. X-SAR was developed by the Dornier and Alenia Spazio companies for the German space agency, Deutsche Agentur fuer Raumfahrtangelegenheiten (DARA), and the Italian space agency, Agenzia Spaziale Italiana (ASI), with the Deutsche Forschungsanstalt fuer Luft und Raumfahrt e.V.(DLR), the major partner in science, operations and data processing of X-SAR.
Source: NASA JPL 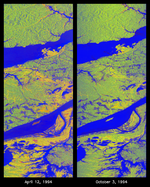 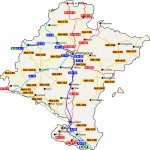 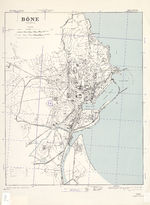