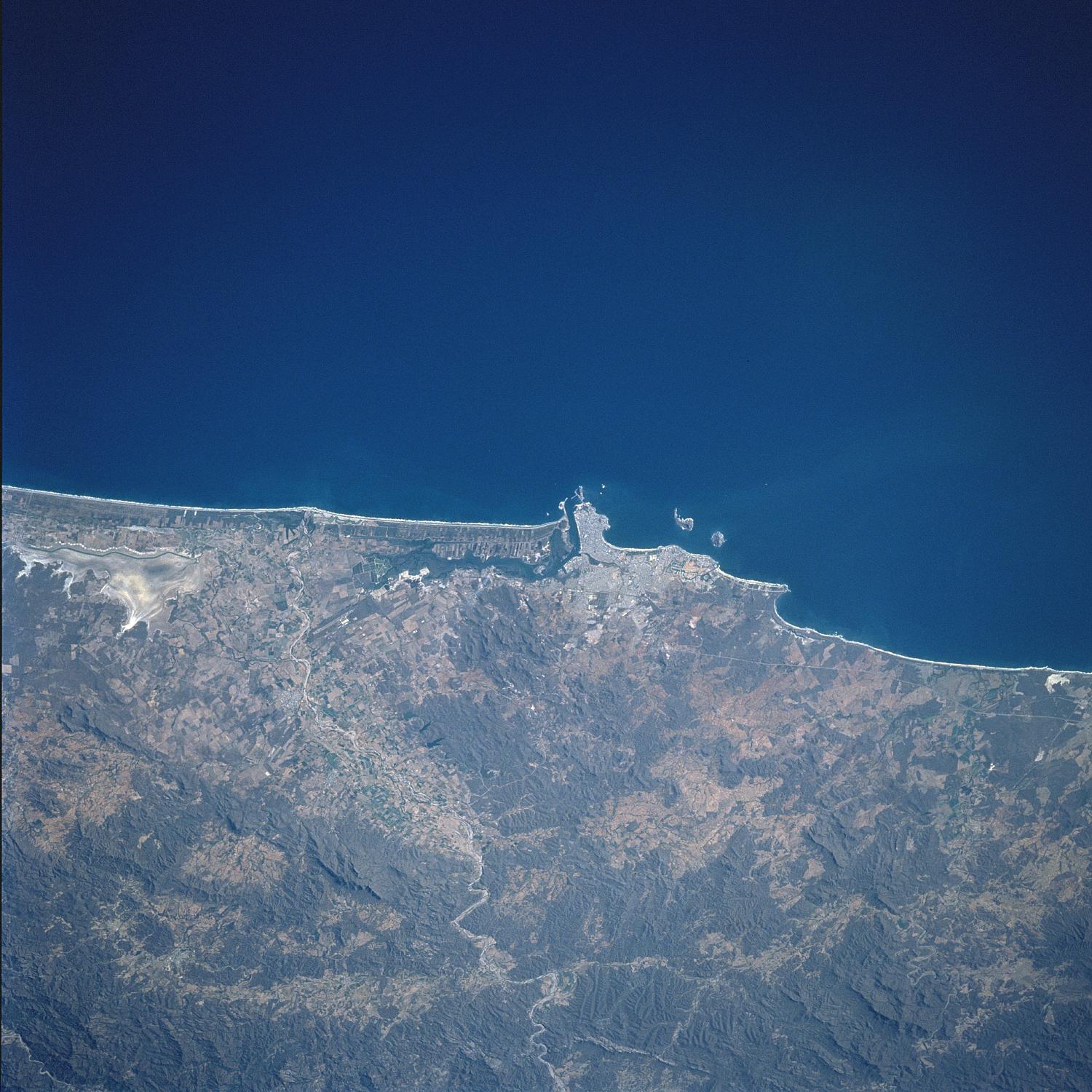 Mazatlan, Sinaloa, Mexico April 1998. The physical setting of the popular resort city of Mazatlan (concentration of light colored area along the coast near the center of the picture), with an estimated 500,000 in population, is visible along this section of the west coast of Mexico. Immediately inland from the extensive coastal beaches, two lagoons that parallel the coastline can be identified southeast of Mazatlan. The general topography along the narrow coastal plains consist of rolling, vegetated hills (darker terrain) and drier, less vegetated valleys (lighter colored landscape). The general climate for this area along the west coast of Mexico is semi-arid.
Source: NASA - National Aeronautics and Space Administration 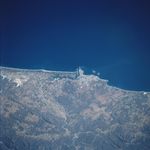 Smoke from Alaskan fires off Greenland 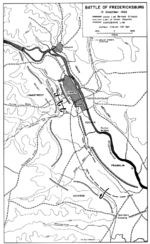 Map of the Battle of Fredericksburg, American Civil War, 13 December 1862