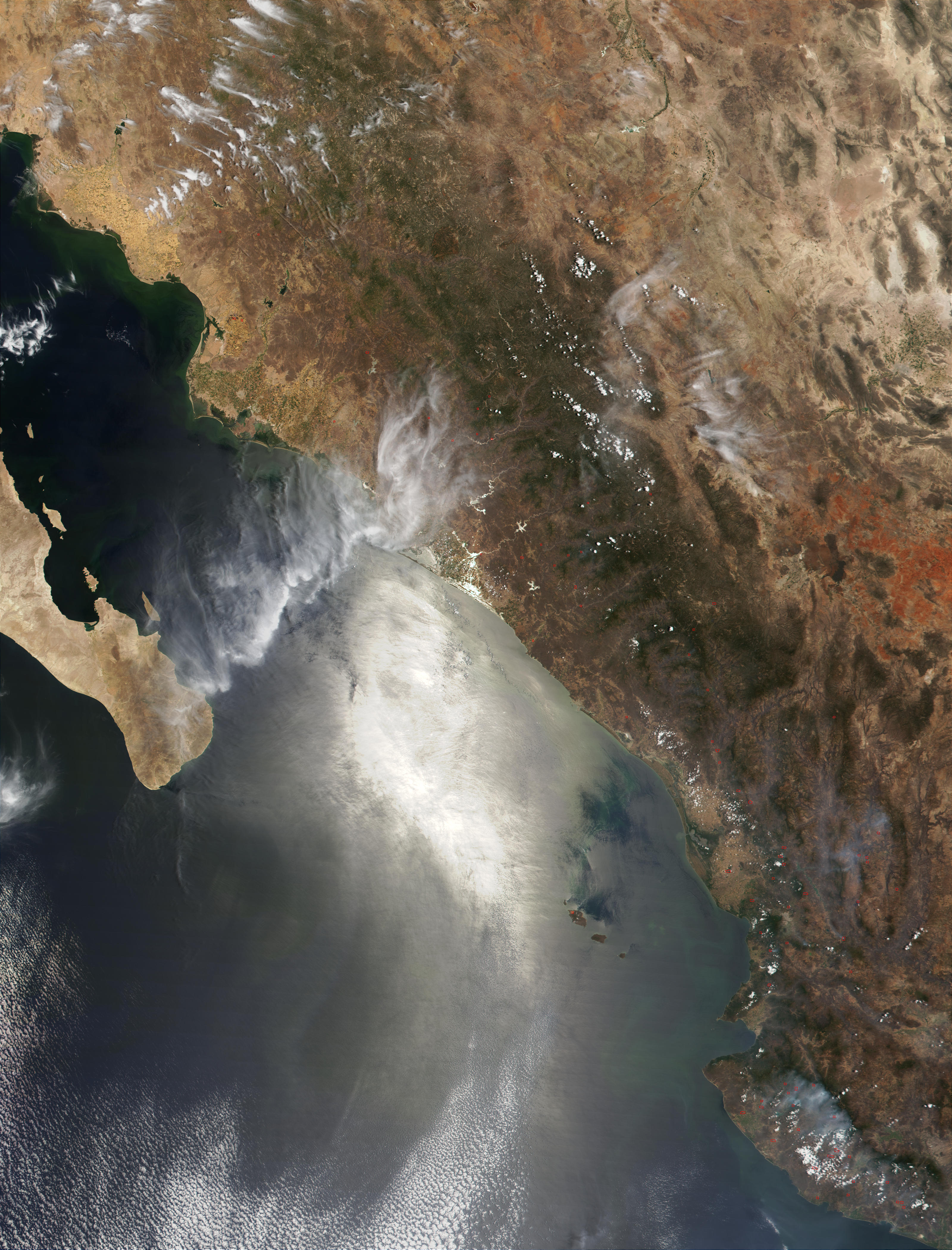 NASAs Terra satellite observed dozens of fires (red pixels) burning in Mexico on May 28, 2001. This true-color scene, acquired by the Moderate-resolution Imaging Spectroradiometer (MODIS), spans the region of the southern end of the Baja Peninsula (left), across the Gulf of California, and over the Sierra Madre Mountains running southeastward through the Province of Sinaloa (center and lower right). The green hues show the location of Sinaloas tropical coniferous forests west of the Sierra Madre Mountains. The climate there is semi-arid and conditions are often ripe this time of year for wildfire outbreaks. Other features that can be seen in this image are the city of La Paz, the emerald cluster of pixels located on the southern side of the Bay of La Paz, on the southeastern shore of the Baja Peninsula. The famous tourist location of Cabo San Lucas sits at the very southern tip of Baja. Due east of Cabo San Lucas, across the Gulf of California, the small light brown cluster of pixels on the gulfs eastern shore reveals the location of the city of Mazatlan. The large, bright area on the surface of the water is due to the reflection of the sun (glint). Moving northward along the eastern shore of the gulf, there is a considerable amount of sediment (perhaps mixed with phytoplankton) in the water. In the high resolution version of this scene, many agricultural fields can be seen along this shore to the north.
Source: Image courtesy Jacques Descloitres, MODIS Land Rapid Response Team 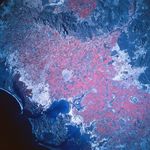