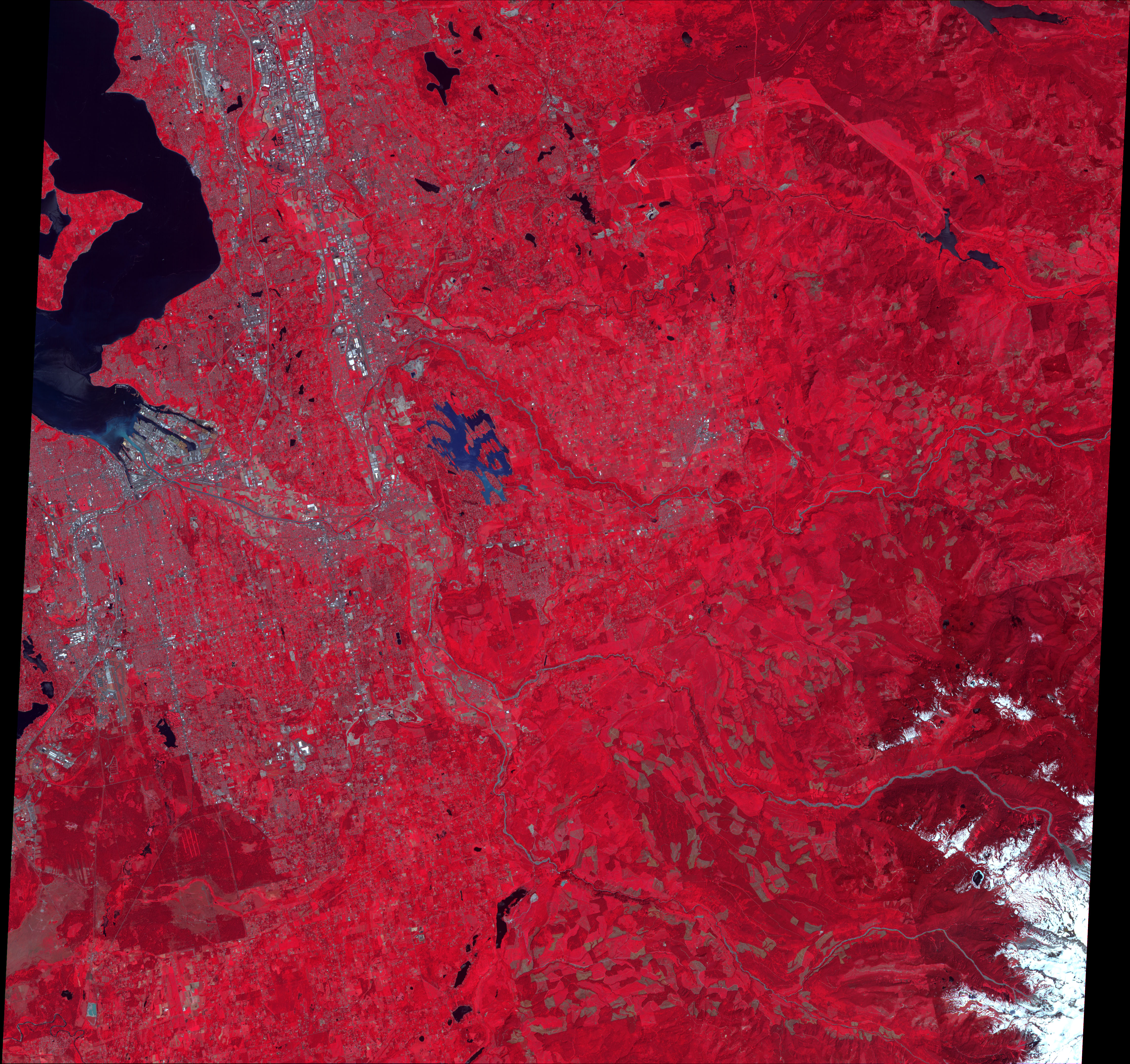 Residents of the Seattle-Tacoma, Washington, region were rocked on February 28, 2001 by a magnitude 6.8 earthquake that sent out shockwaves felt as far away as Salt Lake City, Utah. Although this is considered to be a major magnitude earthquake, and there was widespread structural damage reported throughout the Seattle region, the severity of the impact is considered to be somewhat modest. According to the United States Geological Survey (USGS), the quakes epicenter was about 30 miles (48 km) below the surface. That fact combined with improved building design codes helped minimize the property damage. For instance, the Space Needle—Seattles renowned landmark—was designed to sway in high winds rather than stand rigid. Dozens of tourists rode out the earthquake atop the 600-foot-tall (182 m) tower. The epicenter of the quake was somewhere between Washingtons capital city of Olympia and Tacoma. Tacoma is pictured in this false-color composite image acquired by the Advanced Spaceborne Thermal Emission and Reflection Radiometer (ASTER), flying aboard NASAs Terra satellite, on June 28,2000. In this scene, the dark and light red pixels show more or less vegetation on the surface. The light blue and grey pixels show areas of human development. The dark pixels in the upper lefthand corner of the image represent the East Passage leading up into the Puget sound, in which the southern shoreline of Vashon Island can be seen. Just east of Puget Sound, you can see the Sea-Tac Airport. The two graphics beneath the ASTER image provide a three-dimensional perspective on the earthquakes epicenter (orange ball), relative to the surface. The blue contour lines represent geopolitical boundaries on the surface. These graphics were generated using seismic data compiled by Paul Morin at the University of Minnesota.
Source: Images courtesy NASA/GSFC/MITI/ERSDAC/JAROS,and U.S./Japan ASTER Science Team and Paul Morin, University of Minnesota 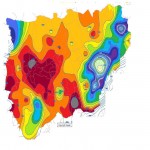 Average annual rainfall in the Province of Jaén