Los Alamos Before and After the Fire 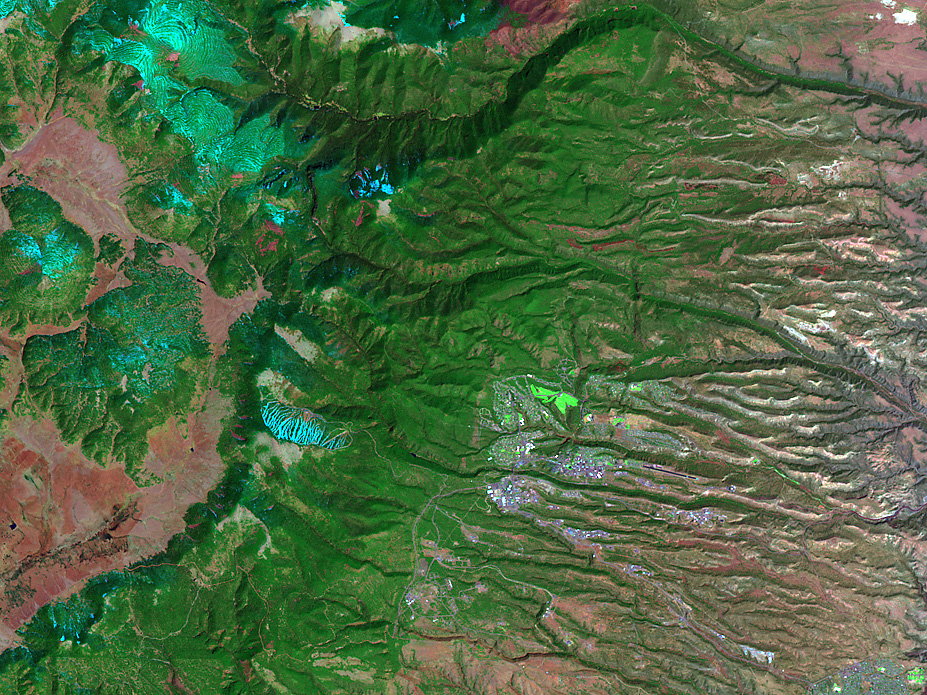 On May 4, 2000, a prescribed fire was set at Bandelier National Monument, New Mexico, to clear brush and dead and dying undergrowth to prevent a larger, subsequent wildfire. Unfortunately, due to high winds and extremely dry conditions in the surrounding area, the prescribed fire quickly raged out of control and, by May 10, the blaze had spread into the nearby town of Los Alamos. In all, more than 20,000 people were evacuated from their homes and more than 200 houses were destroyed as the flames consumed about 48,000 acres in and around the Los Alamos area. The pair of images above were acquired by the Enhanced Thematic Mapper Plus (ETM+) sensor, flying aboard NASAs Landsat 7 satellite, shortly before the Los Alamos fire (top image, acquired April 14) and shortly after the fire was extinguished (lower image, June 17). The images reveal the extent of the damage caused by the fire. Combining ETM+ channels 7, 4, and 2 (one visible and two infrared channels) results in a false-color image where vegetation appears as bright to dark green. Forested areas are generally dark green while herbaceous vegetation is light green. Rangeland or more open areas appear pink to light purple. Areas with extensive pavement or urban development appear light blue or white to purple. Less densely-developed residential areas appear light green and golf courses are very bright green. In the lower image, the areas recently burned appear bright red.
Source: Robert Simmon, NASA GSFC

Los Alamos Before and After the Fire