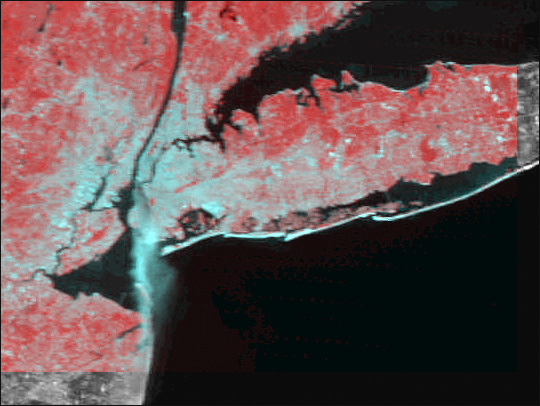 This image from NASAs Terra satellite shows a large plume of smoke streaming southward from the remnants of the burning World Trade Towers in downtown Manhattan yesterday (September 11, 2001). The image was acquired by the Moderate-resolution Imaging Spectroradiometer (MODIS) within a few hours after the terrorist attack. The red pixels in this scene show the location of vegetation. Light blue-white pixels show where there are concrete surfaces. The slightly darker blue pixels streaming southward toward the New Jersey coast is the smoke from the destroyed World Trade Towers. The large black areas to the east are the waters of the Atlantic. The Hudson River runs northward just west of Manhattan Island. The MODIS instrument aboard Terra has a sweeping 2,330-km-wide viewing swath that allows it to see every point on our world within every 1-2 days in 36 discrete spectral bands. The image was put together from MODIS direct broadcast data received at the University of Wisconsin-Madison.
Source: Image courtesy Liam Gumley, MODIS Atmosphere Group, University of Wisconsin-Madison 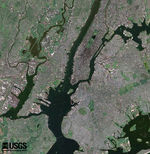 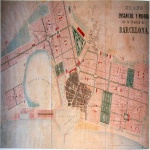 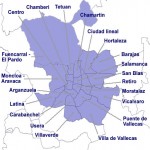 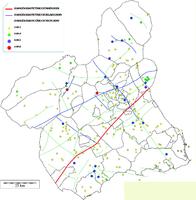 Seismotectonic map of the Region of Murcia 1996