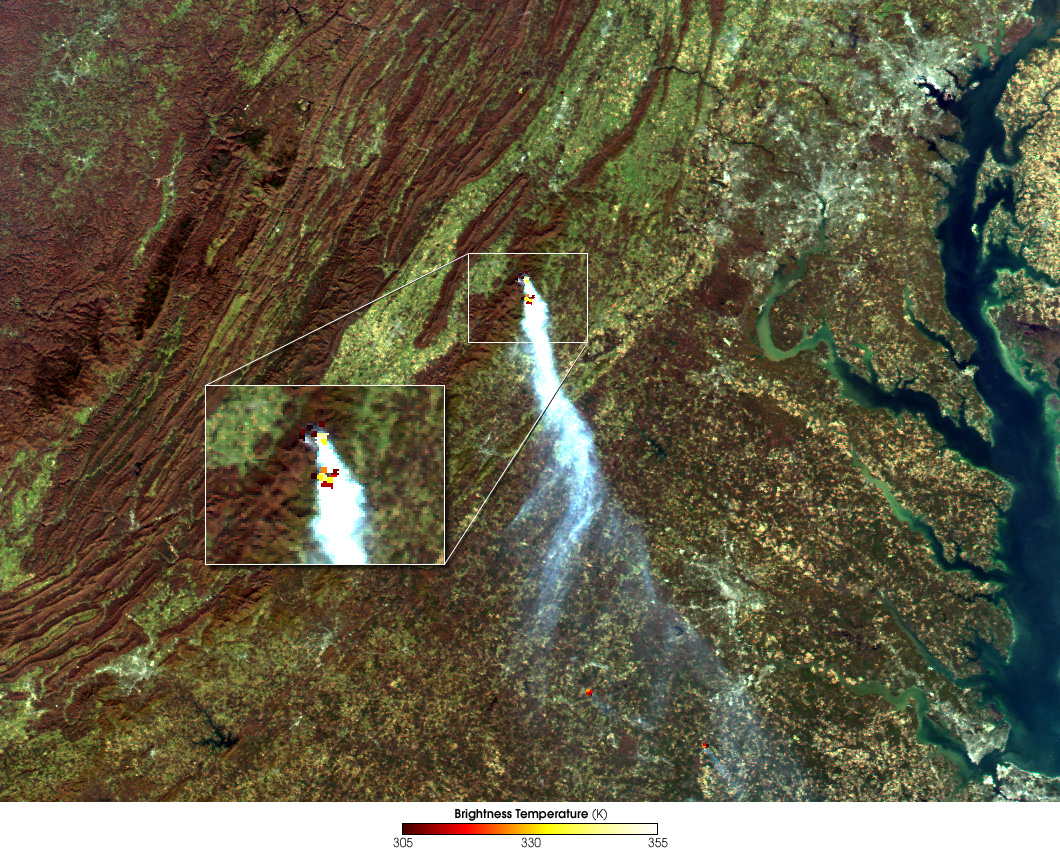 A large smoke plume has been streaming eastward from Virginias Shenandoah National Park near Old Rag Mountain. Based on satellite images, it appears the blaze started sometime between October 30 and 31. This true-color image of the fire was obtained on November 1, 2000 by the Moderate-resolution Imaging Spectroradiometer (MODIS), flying aboard NASAs Terra spacecraft. Thermal Infrared data, overlaid on the color image, reveals the presence of two active fires underneath the smoke plume. The northern fire (upper) is burning near the Pinnacles Picnic Area along Skyline Drive. The southern fire (lower) is on Old Rag Mountain. Old Rag is one of the most popular hikes in the Washington, DC area, and features extremely rugged terrain, with granite cliffs up to 90 feet high. This scene was produced using MODIS direct broadcast data received and processed by the University of Wisconsin in Madison. The smoke plume appears blue-grey while the red and yellow pixels show the locations of the smoldering and flaming portions of the fire, respectively.
Source: Image by Liam Gumley, MODIS Atmosphere Group, and Robert Simmon, NASA GSFC

Eastern U.S. and Smoke Over Shenandoah