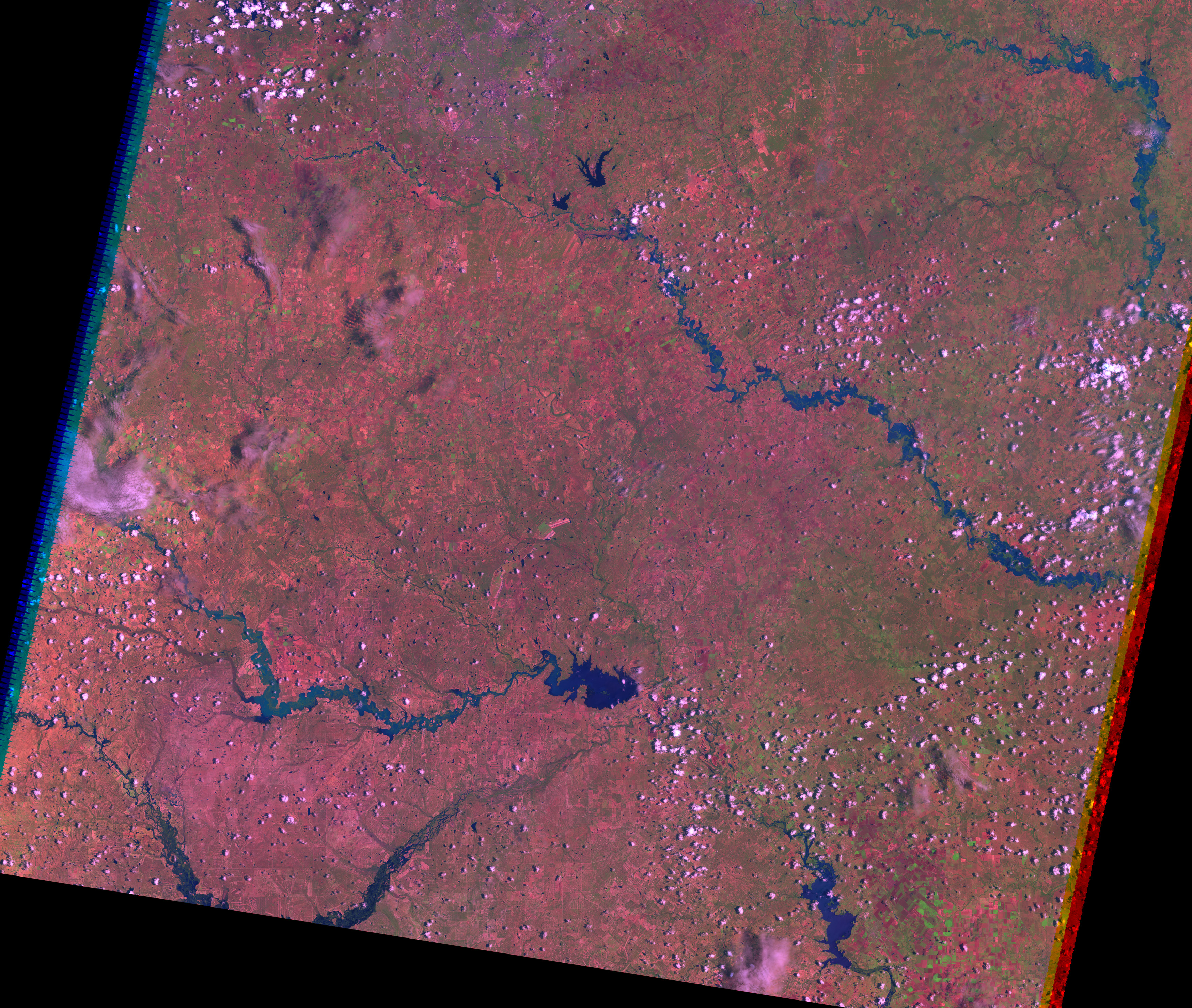 Heavy rains during the first week of July brought as much as 2 feet of rain to some places in southeastern Texas, and this Enhanced Thematic Mapper plus (ETM+) image taken from the Landsat 7 satellite shows the result: massive flooding of three major river systems along the Gulf of Mexico. In this false-color image from July 8, 2002, rivers and standing water appear blue against the red and green landscape. The southernmost river is the Nueces River, with its northern tributary, the Frio River. The San Antonio River sits in the center of the image, and the Guadalupe River, which was hit especially hard by the flooding, is in the upper right-hand corner of the image. At least seven people were killed by the floods, and hundreds were evacuated from their homes. The governor has declared 28 counties a state disaster area.
Source: Image courtesy Jesse Allen, NASA Earth Observatory; data provided by the USGS EROS Data Center Satellite Systems Branch. 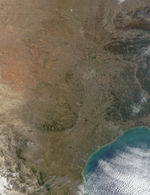 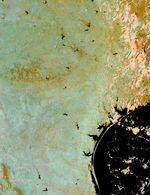 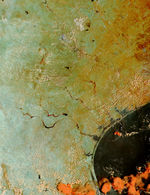 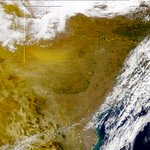 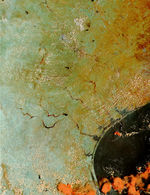 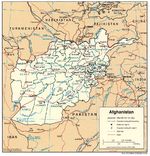 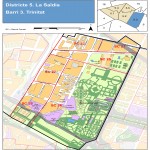