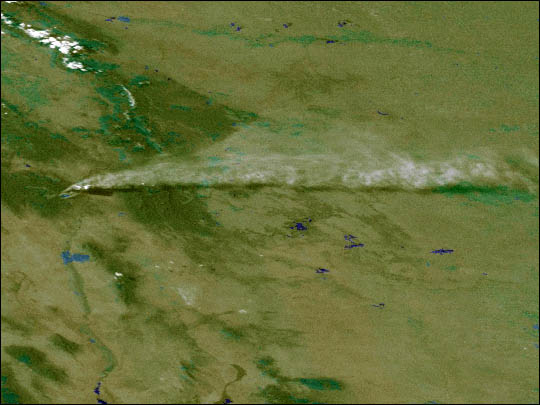 Last week, a prescribed fire spread out of control near Los Alamos, New Mexico. Efforts to control the blaze were frustrated when high winds fanned the flames into Los Alamos Canyon on Wednesday, May 10. This series of GOES-10 images, acquired on May 10, shows the effect the 60-mile-per-hour winds had in helping intensify the fire and spread the smoke plume eastward across New Mexico and into northern Texas and the Oklahoma panhandle. Positioned over the equator, NOAAs GOES-10 satellite provided this oblique, visible-light perspective on the smoke plume. The whitish line of pixels to the north is the snow-covered Rocky Mountains of Colorado. The other white pixels appearing in the movie are clouds forming. NOAA scientists at a site in Oklahoma reported measuring higher levels of aerosol particles over that region, probably due to the fire. As of May 12, according to news reports, the fire has consumed about 30,000 acres of land.
Source: Animation by Marit Jentoft-Nilsen, Visualization Analysis Lab, NASA GSFC. Images courtesy GOES Project 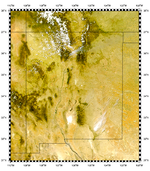 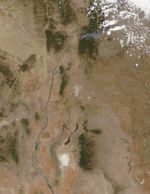 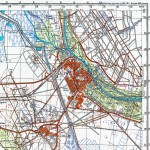 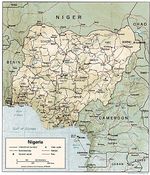 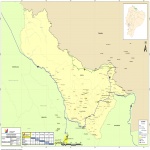