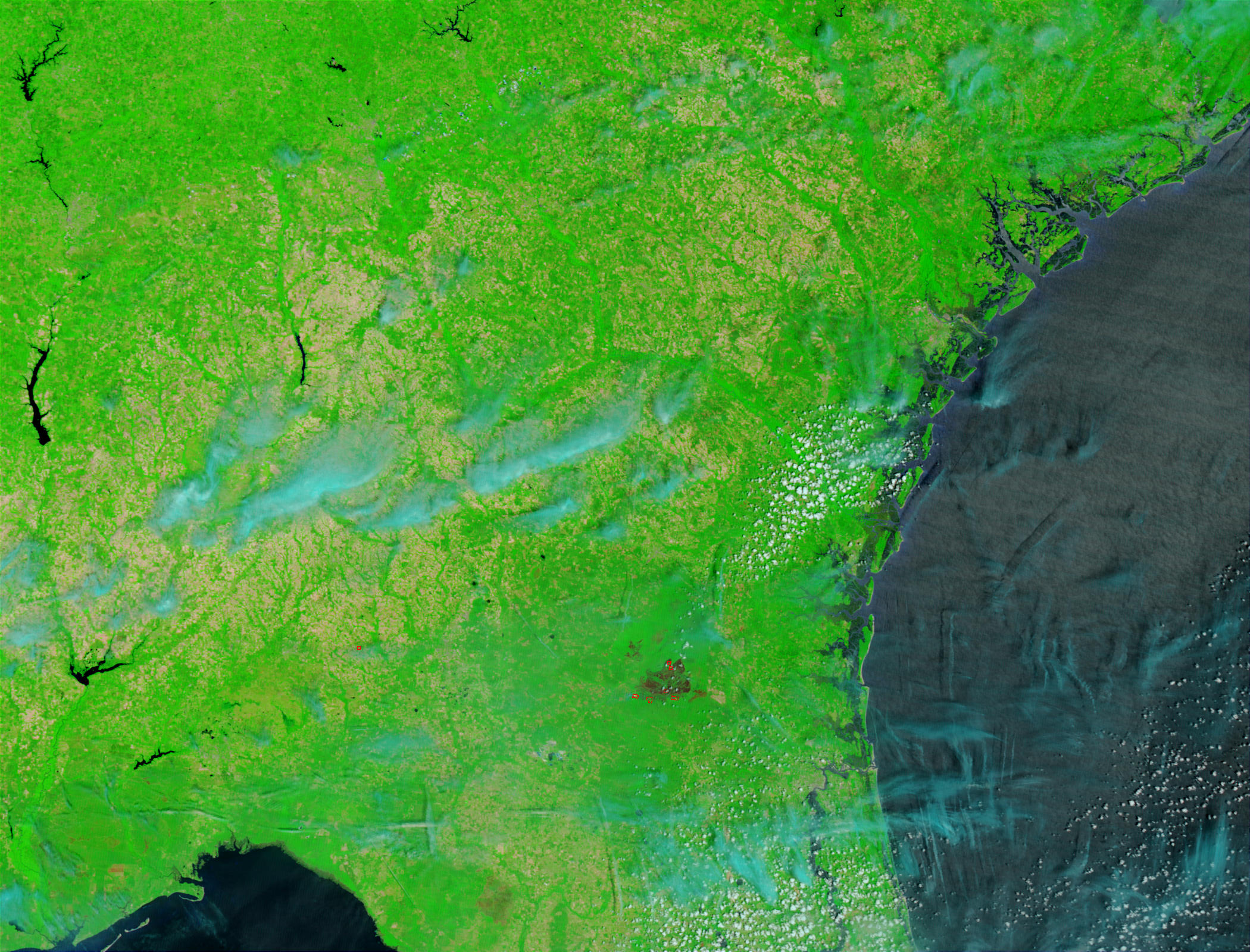 Fires have been raging in the Okefenokee National Wildlife Refuge in southern Georgia since early this month. Three fires, collectively known as the Blackjack Bay Complex Fire, have burned over 95,000 acres in the 400,000 acre refuge. This has affected not only the refuge, but also neighboring private timberland and Stephen Foster State Park. The state park has been closed due to smoke and fire hazard since May 8. Firefighters and natural resource managers for the most part have been allowing the fires to take their natural course through the refuge, while still protecting structures, roads and private property. This false-color image was acquired by MODIS on May 15, 2002. This is a false-color composite using The green areas show lush vegetation while dark brown areas are burn scars from the fires. Over the weekend, wet and cloudy weather dampened fire activity, and gave firefighters a much needed break. Expected dry weather will keep fire management personnel vigilant this week. The fires were allowed to burn because fire is part of the natural cycle in the swamp, with major fires coming roughly every 30 to 50 years. Like this current one, most fires in the area are started by lightning. A very strong burn clears out vegetation and opens up new prairie spaces, interrupting the succession of plants that would otherwise lead to dominance of cypress, black gums, and bay trees, turning the area from a wetland into a woodland. Fire also releases nutrients locked up in the vegetation back into the soil, fertilizing the next cycle of growth. Although the area is largely swampland and the vegetation is green, it can be very flammable. Much of the ground is peat and can be as much as 15 feet deep. With dry conditions this past winter and spring, enough of the peat is dried out that surface fires can burn through the soil.
Source: Jacques Descloitres, MODIS Land Rapid Response Team, NASA/GSFC

European colonies in Asia and Africa 1815 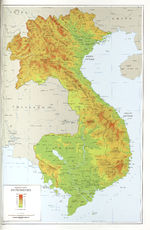 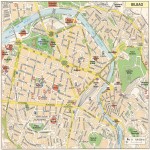 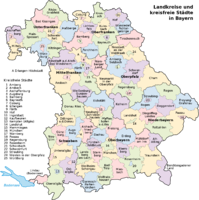