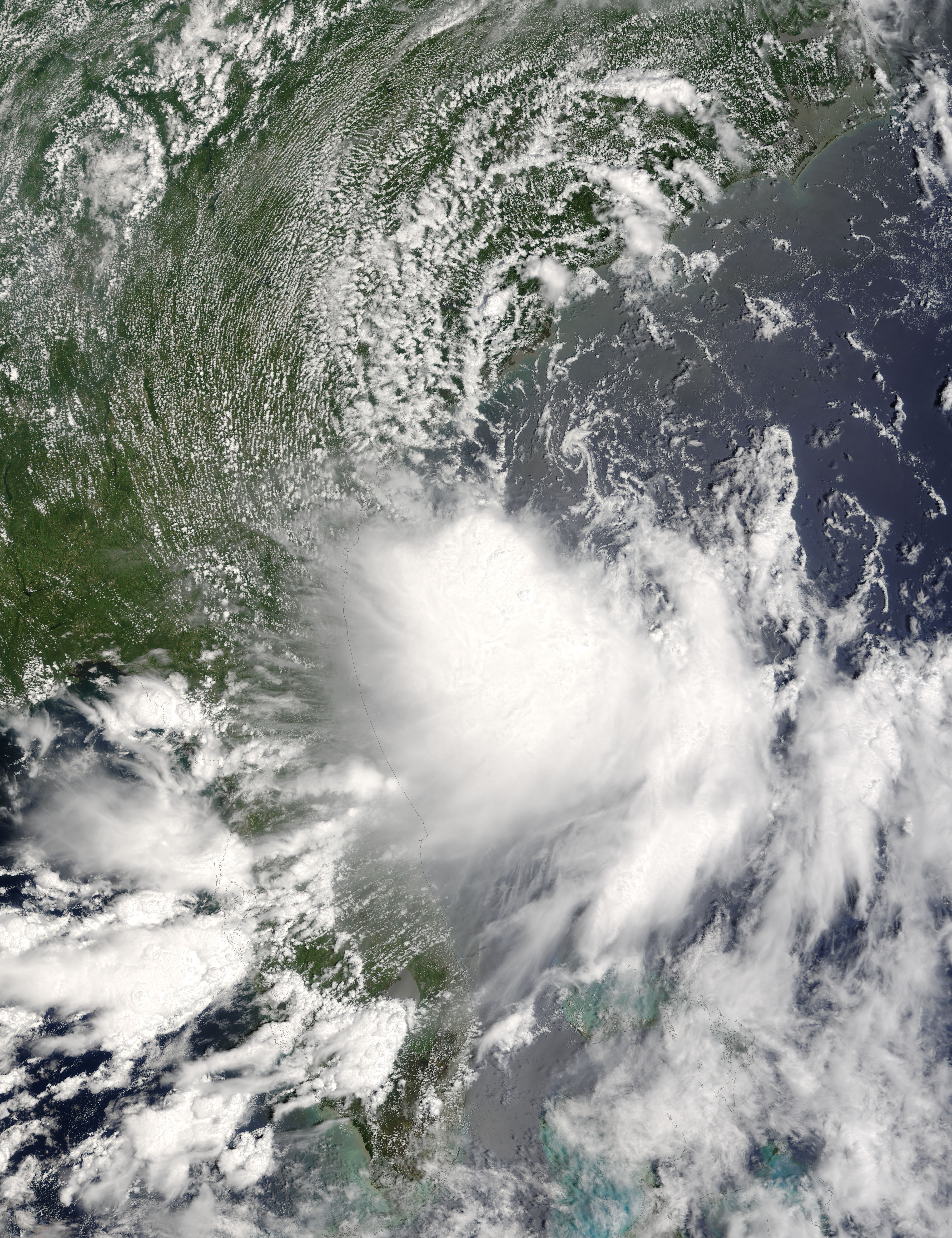 The Moderate Resolution Imaging Spectroradiometer (MODIS) onboard NASA’s Terra satellite captured this true-color image of Tropical Depression 1 on August 1 at 12:10 p.m. EDT. At the time this image was taken the depression had maximum sustained winds of 30 knots with higher gusts to 40 knots and an estimated minimum central pressure of 1011 millibars. Forecasters at the Tropical Prediction Center were predicting the depression to begin moving towards the northeast over the next 24 hours. In the days following the acquisition of this image, the storm would develop into Hurricane Alex, the first named storm of the 2004 Atlantic hurricane season.
Source: Jacques Descloitres, MODIS Rapid Response Team, NASA/GSFC 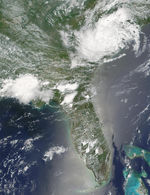 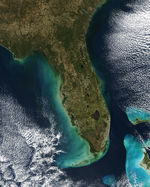 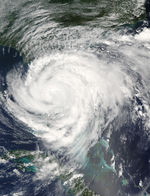 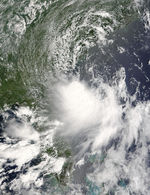 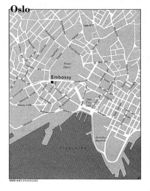 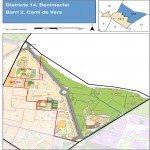