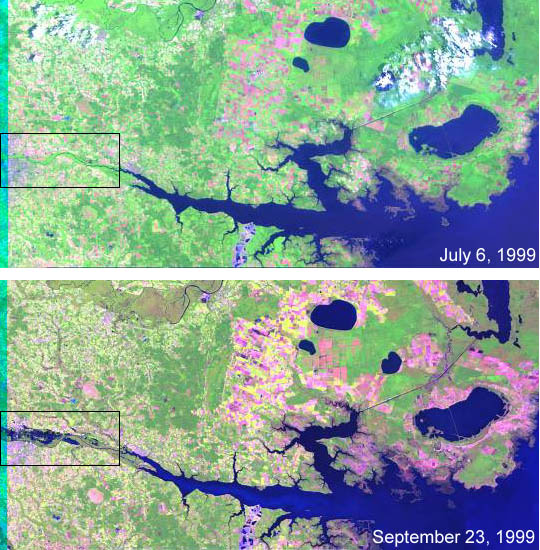 These Landsat 7 images show a region in eastern North Carolina where flooding occurred due to heavy rains brought by Hurricane Floyd. Visible in the lower lefthand corner of this scene is Washington, NC, where the Tar River meets the Pamlico. This image was taken Sept. 23, 1999. Compare it to the image of the same region acquired on July 6, 1999, to see the difference in water level. There is also severe flooding along the Tar River to the northwest of this scene in the towns of Rocky Mount, Tarboro, Princeville, and Greenville. The next opportunity for Landsat 7 to acquire images over these latter towns is Sept. 30, 1999.
Source: Images courtesy of NASA and USGS' EROS Data Center 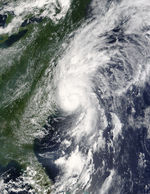 Hurricane Isabel over the US East Coast 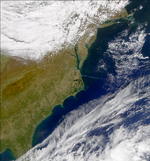 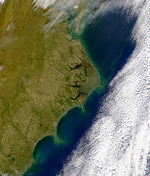 Effects of Hurricanes Dennis and Floyd in North Carolina 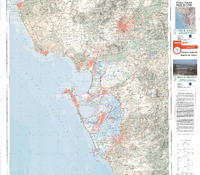 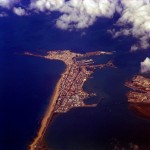