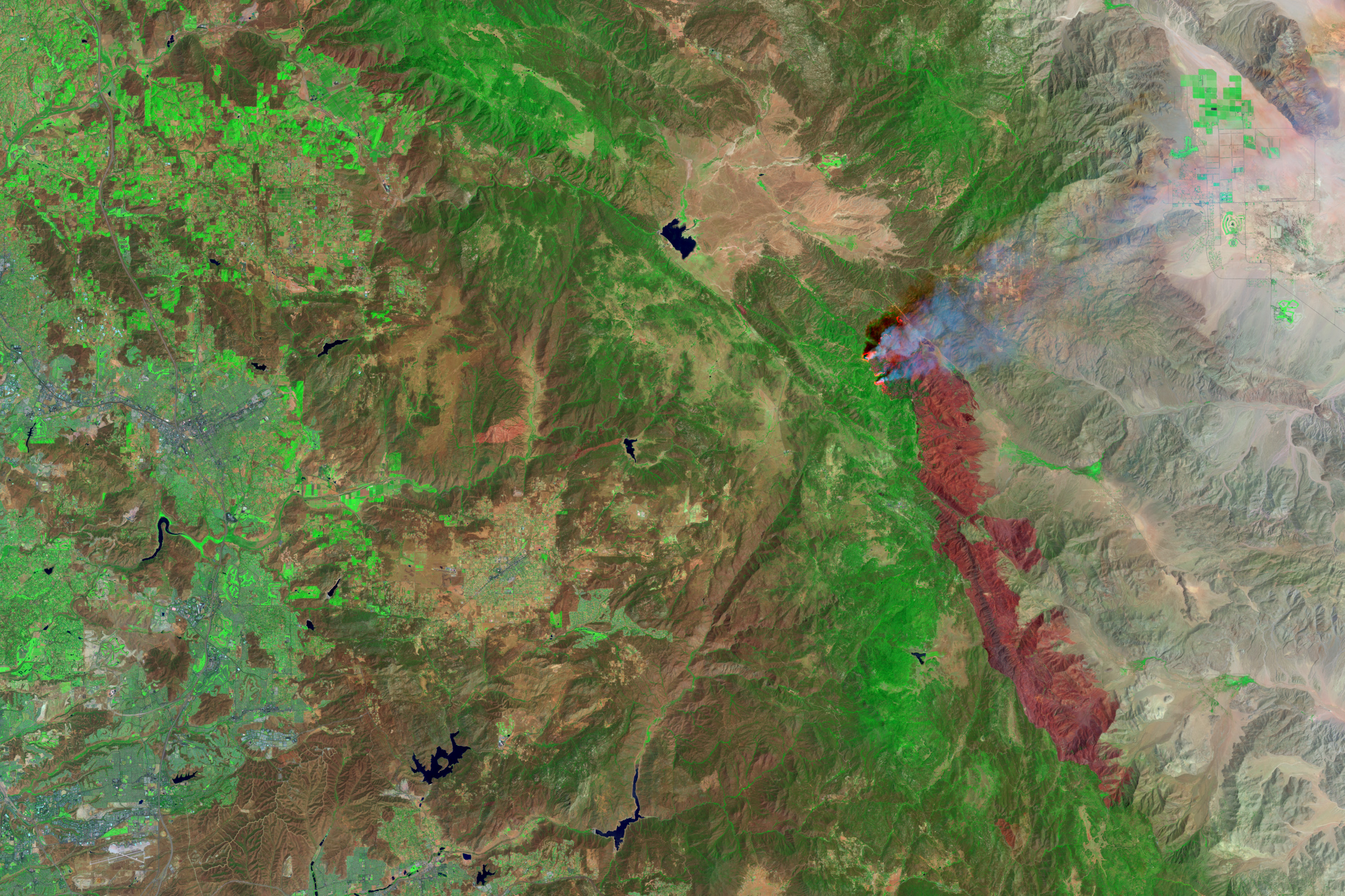 On July 29, a National Guard helicopter clipped a power line in the parched, rugged Southern California countryside east of San Diego. The live wire touched off a fire among the dry underbrush which, fanned by hot and dry winds, grew and spread quickly. Fast forward one week later and the fire had consumed roughly 80 square miles of mountainous terrain, including portions of Los Coyotes Indian reservation and the Anza Borrego State Park. California dispatched more than 3,000 firefighters to battle the blaze, which was about 60 percent contained as of August 9, 2002. Unfortunately, the fire has already destroyed 30 homes, while a voluntary evacuation advisory has been issued for those who live in the area. This pair of images was produced using Landsat 7 Enhanced Thematic Mapper plus (ETM+) data acquired on August 4. The top image provides a true-color perspective on the Anza Borrego wildfire, while the bottom scene provides a false-color perspective. The dark red patch in the bottom image shows the extent of the fresh burn scar, while the smaller, brighter red patches at the northern end of the burn scar show the active, flaming portions of the fires.
Source: Images courtesy Robert Simmon, NASA Earth Observatory; Data provided by the Landsat 7 Science Team 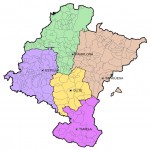 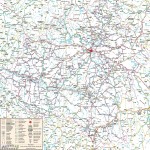