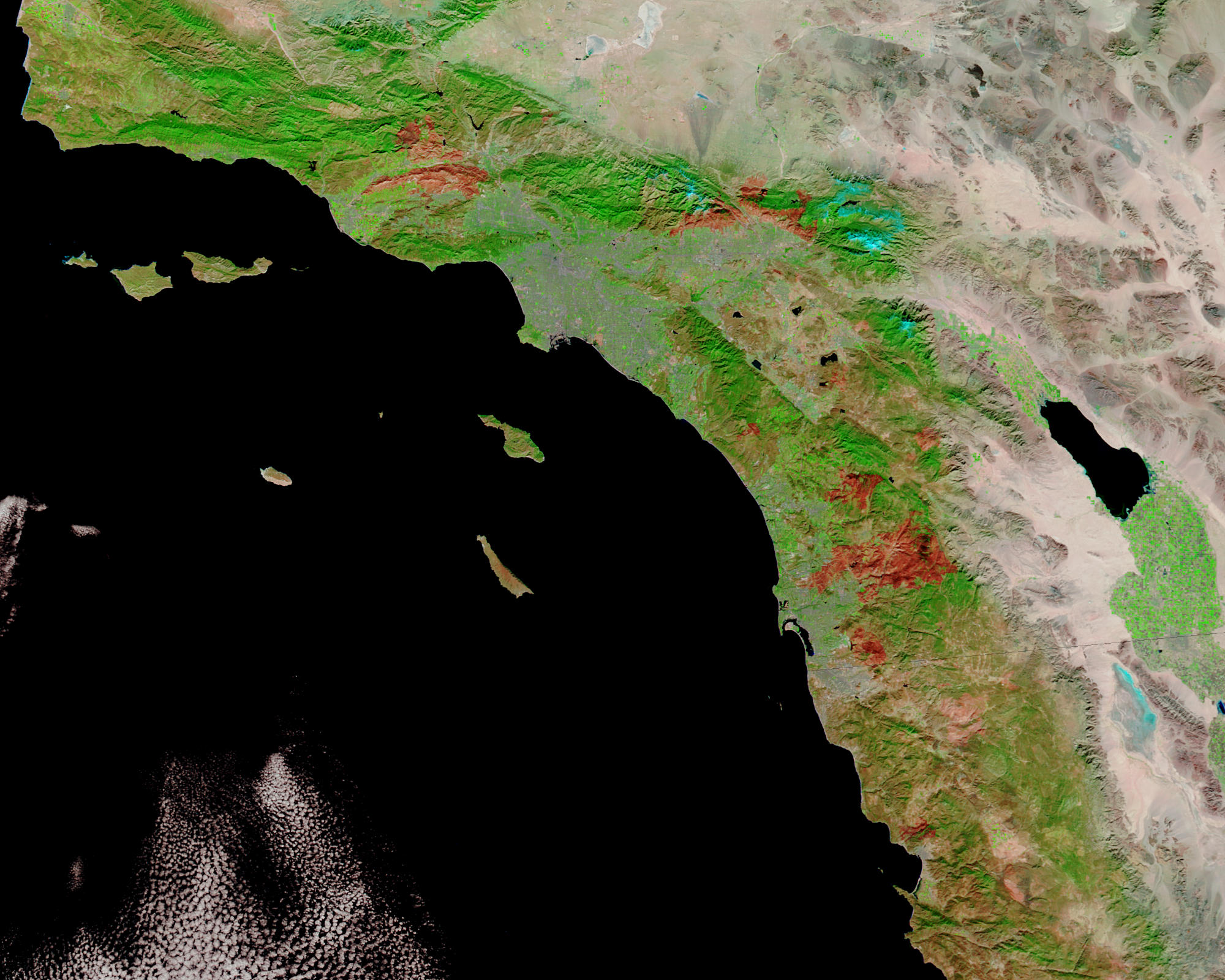 Vast red tracts of land show the extent of Octobers wildfires in Southern California in this false-color Moderate Resolution Imaging Spectroradiometer (MODIS) image taken on November 18, 2003, by the Terra satellite. In this image, vegetation is bright green, charred area are brick red, and bare earth is pink. Light grey patches along the coast are cities.Los Angeles in the north and San Diego in the south. The fires occurred in three clusters. Top are the Piru, Simi Incident, and Verdale burn scars. The center burn scar was made by the Old, Grand Prix, and the Mountain Fires. The largest burn scar, south, is the result of the Paradise and Cedar Fires. Along the California-Mexico border is the scar formed in the Otay Fire. Older burn scars are also visible in the image as lighter red patches.
Source: Jeff Schmaltz, MODIS Rapid Response Team, NASA/GSFC 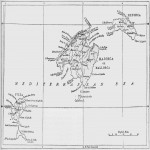 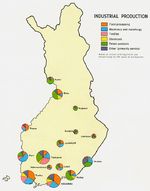