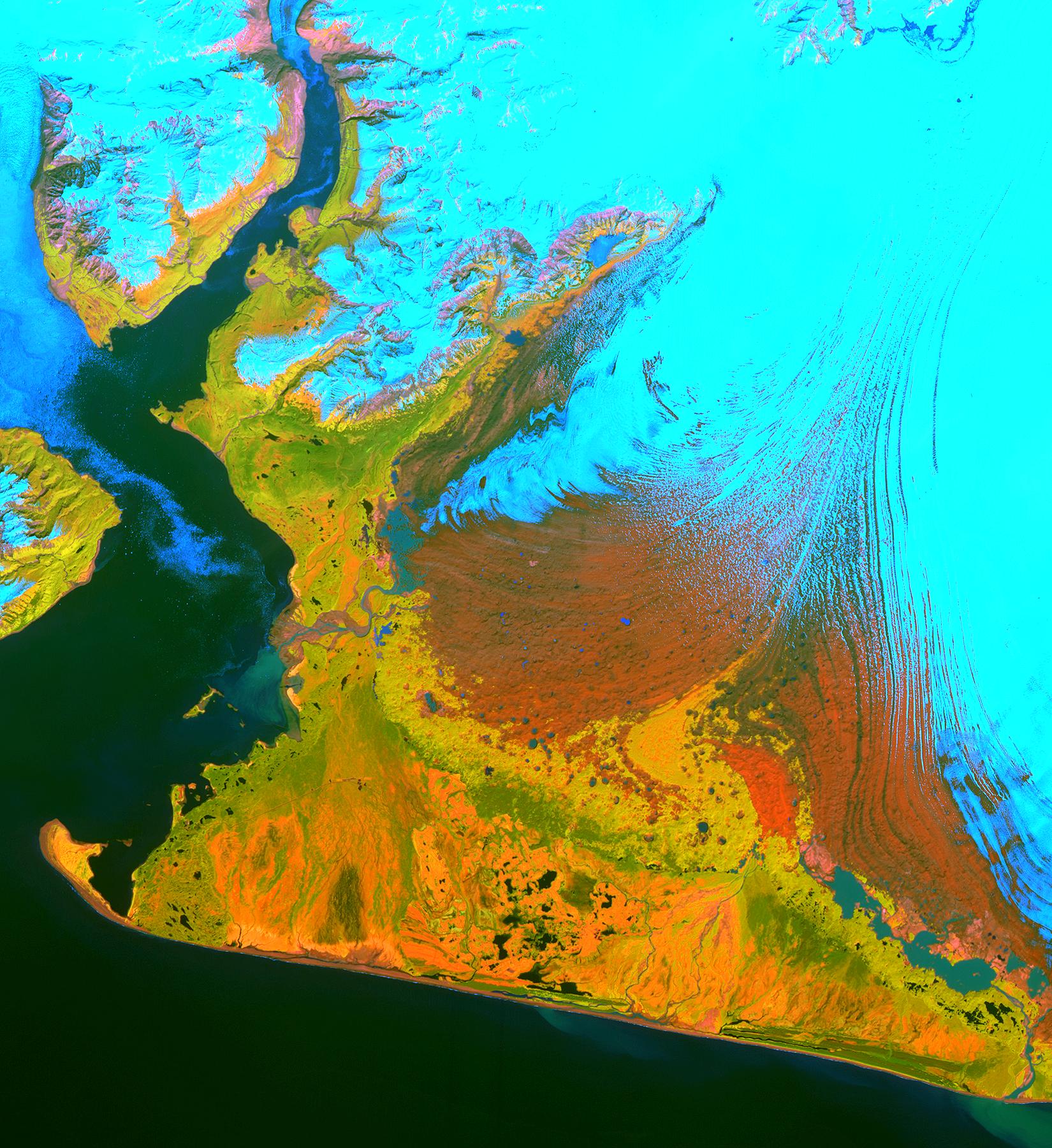 This false-color image shows an area of 55 x 40 km over the southwest part of the Malaspina Glacier and Icy Bay in Alaska. The scene was acquired on June 8, 2001, by the Advanced Spaceborne Thermal Emission and Reflection Radiometer (ASTER), flying aboard NASAs Terra satellite. The composite of infrared and visible bands results in the snow and ice appearing light blue. Dense vegatation is yellow-orange and green, and less vegetated, gravelly areas are orange. According to Dr. Dennis Trabant (US Geological Survey, Fairbanks), the Malaspina Glacier is thinning. Its terminal moraine protects it from contact with the open ocean; without the moraine, or if sea level rises sufficiently to reconnect the glacier with the ocean, the glacier would start calving and retreat significantly. ASTER data are being used to help monitor the size and movement of some 15,000 tidal and piedmont glaciers in Alaska. Evidence derived from ASTER and many other satellite and ground-based measurements suggests that only a few dozen Alaskan glaciers are advancing. The overwhelming majority of them are retreating.
Source: Image by Mike Abrams, NASA/GSFC/MITI/ERSDAC/JAROS, and U.S./Japan ASTER Science Team 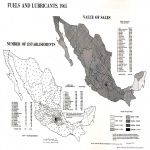 Fuels and Lubricants in Mexico 1965