Swirls of Color in the Bering Sea 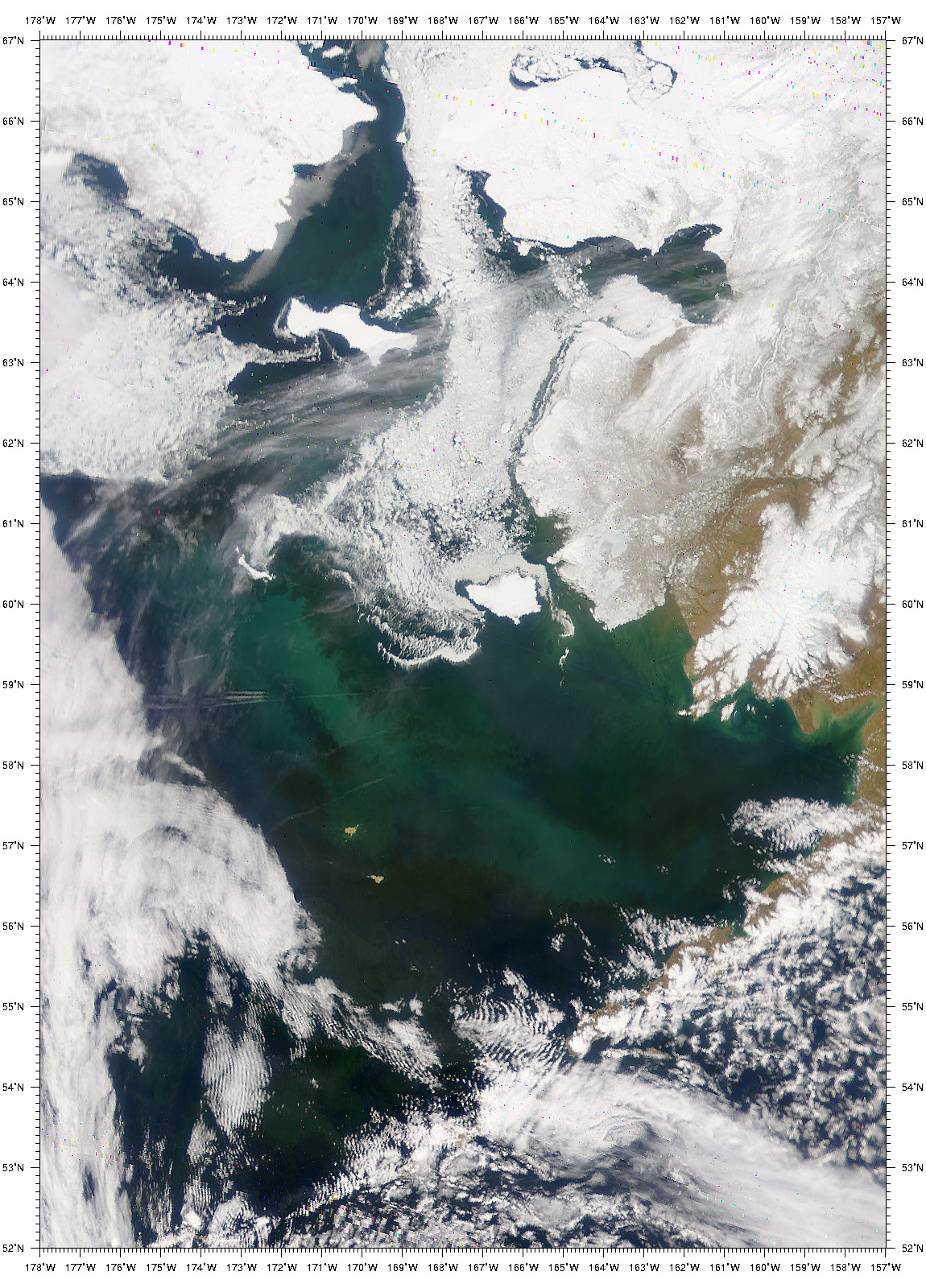 During a recent pass (May 13, 2001) over the Bering Sea, the Sea-viewing Wide Field-of-view Sensor (SeaWiFS) captured this true-color perspective of the region. The image shows a portion of the Bering Sea from the west coast of Alaska to the international dateline. Notice that the water is brightened by a large phytoplankton bloom, phytoplankton remains, or other detritus suspended near the surface. The varying intensities and shades of color correspond to different species and concentrations of phytoplankton. The passage of the Bering Strait can be seen at the top of the image, with St. Lawrence Island visible about 150 miles (240 km) south of the strait. Roughly 200 miles (320 km) due south of St. Lawrence Island is the smaller St. Matthew Island, at the northwestern end of the phytoplankton bloom, and Nunivak Island, just off the west coast of Alaska. At the bottom of this picture, the Aleutian Islands are mostly hidden by clouds.
Source: Image provided by the SeaWiFS Project, NASA/Goddard Space Flight Center, and ORBIMAGE 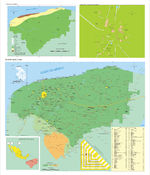 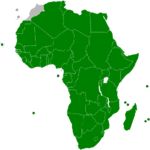