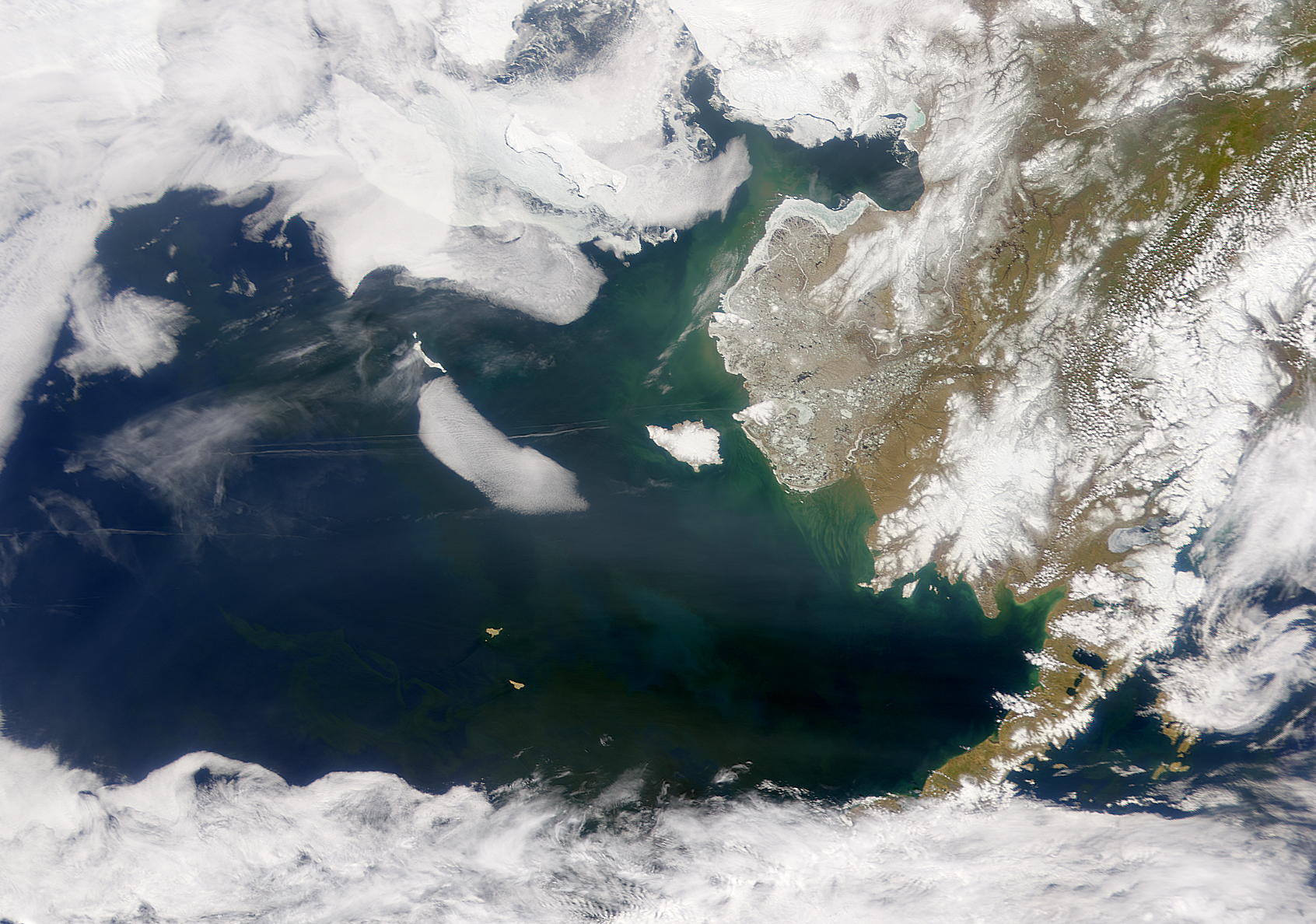 The surface waters of the Bering Sea around the Pribilof Islands, off Alaskas west coast, exhibited a dark green color on May 15, 2002, in this SeaWiFS true-color image. The green color of the currents there suggests the presence of a large phytoplankton bloom. Careful inspection reveals some a reddish tinges of light reflected by this bloom, particularly in a long east to west band just south of the Pribilof Islands, and just north of the Aleutian Island chain (disappearing toward the lower righthand corner of this scene beneath the cloud bank). Some scientists speculate this could be another Phaeocystis bloom, similar to the bloom of this species that was observed in these waters roughly this time last year. Such blooms are typically accompanied by a strong, unpleasant odor in the immediate vicinity. The light brown color of the surface waters along the Alaskan shoreline are probably due to suspended sediments washed off from the land.
Source: Image courtesy the SeaWiFS Project, NASA GSFC, and ORBIMAGE