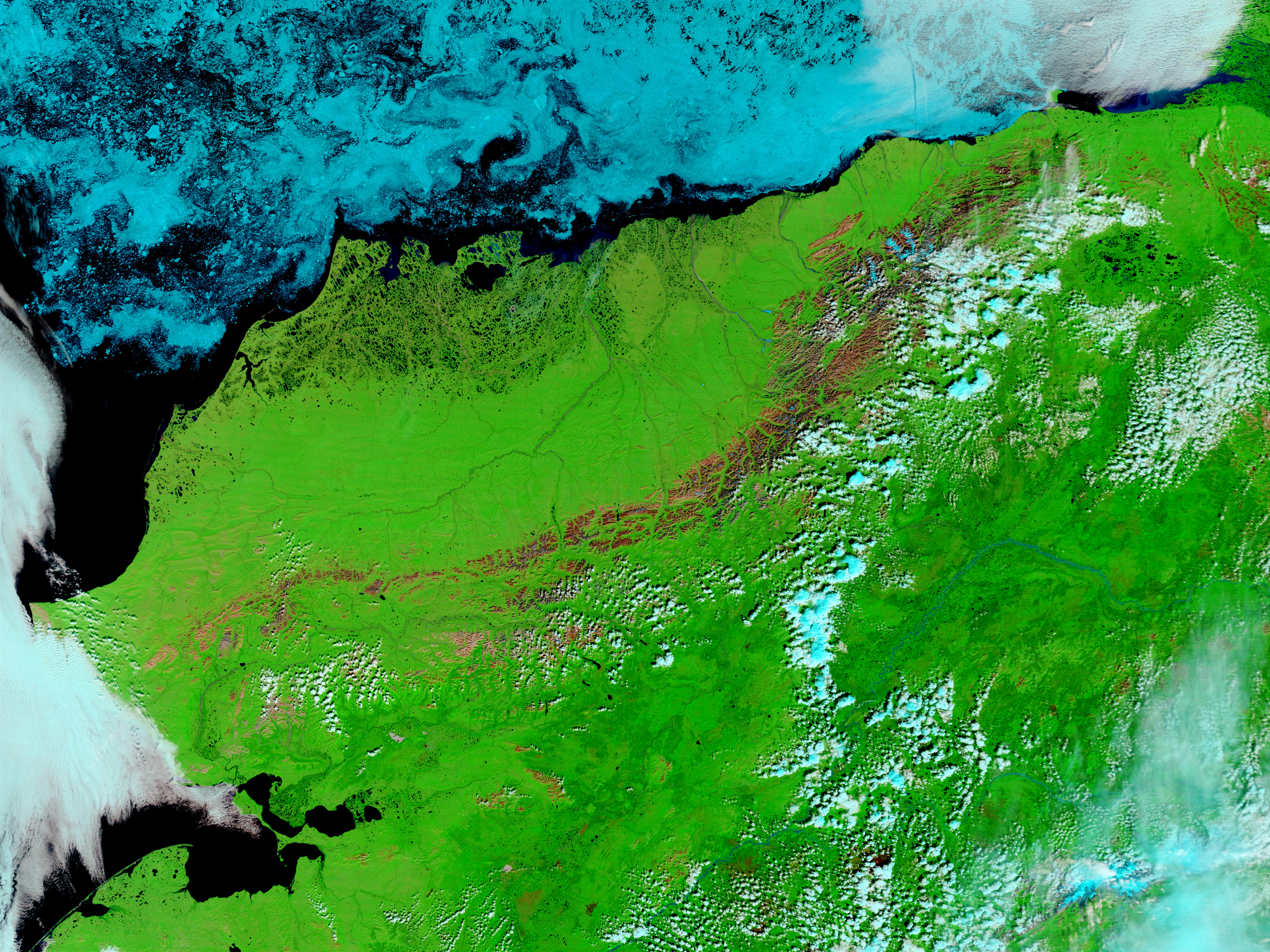 Summertime glows green across Northern Alaska in the true-color Terra MODIS image of this pair, which was acquired July 29, 2002. Prominent in the image is the Brooks Range, which stretches all the way across Northern Alaska from the western shore to the border of Canadas Yukon Territory, a distance of about 600 miles. The western third of the Range is home to the Noatak National Preserve, and to the east of that is the Gates of the Arctic National Park and Preserve. The body of water to the north of Alaska is the Beaufort Sea, which in this image features swirls of melting sea ice. To the west is the Chukchi Sea, and at the bottom left is Kotzebue Sound. In the false-color image, it is easier to see that even this late in the summer, the higher elevations of the Brooks Range are apparently still bare of vegetation, the reddish-brown color standing out sharply against the bright green vegetation. Also prominent are the pools of water standing along the shores of the North Slope. The pools, which appear dark blue against the green vegetation, result because summer meltwater can only soak into the ground so far because much of the ground remains frozen, even during summer.
Source: Jacques Descloitres, MODIS Land Rapid Response Team, NASA/GSFC 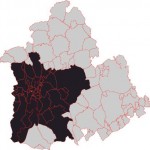