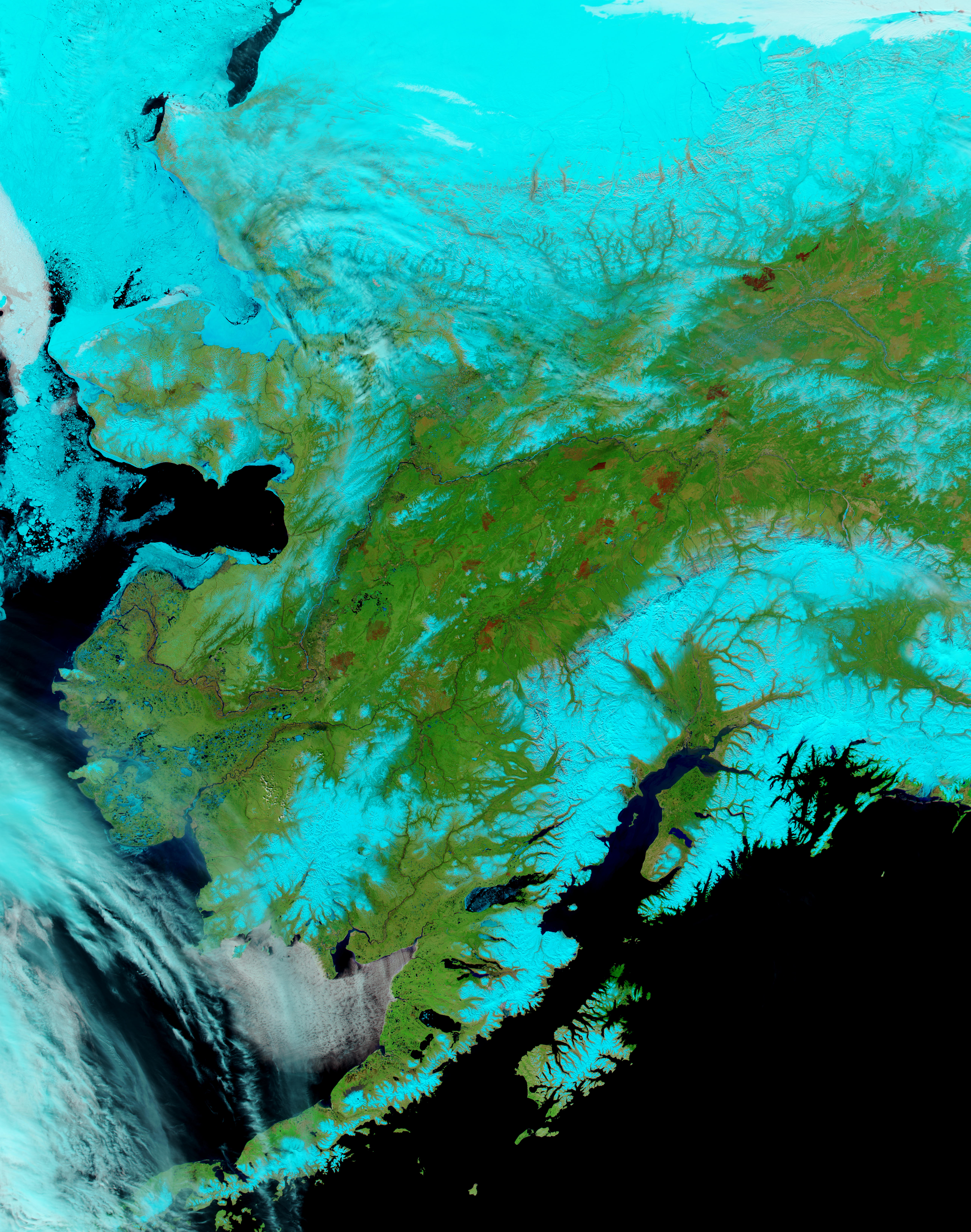 Warm weather and sunshine are returning to Alaska, and the snow is quickly disappearing for the summer. Sea ice still rings the northern shores of the state on May 4, 2004, while in the south, sediment from the spring run-off colors the water tan and green. Further signs of spring can be seen in Alaska’s interior, which is beginning to turn green. Despite a generous amount of snow this winter, the region is in a mild hydrological drought. Conditions are not as severe as in 2003, when poor snowfall left the state dry and prone to fires. The false-color image shows numerous large red burn scars from previous fires, the brightest of which probably happened last year. The false-color image shows the region’s remaining snow and ice in light blue. As the water thaws, it darkens to an inky black. Alaska’s numerous lakes and rivers appear to be gradually changing from the solid light blue to the dark blue of liquid water. The Moderate Resolution Imaging Spectroradiometer (MODIS) on the Aqua satellite captured this image pair on May 4, 2004.
Source: Jeff Schmaltz, MODIS Rapid Response Team, NASA/GSFC

Spain unity with the Catholic Monarchs