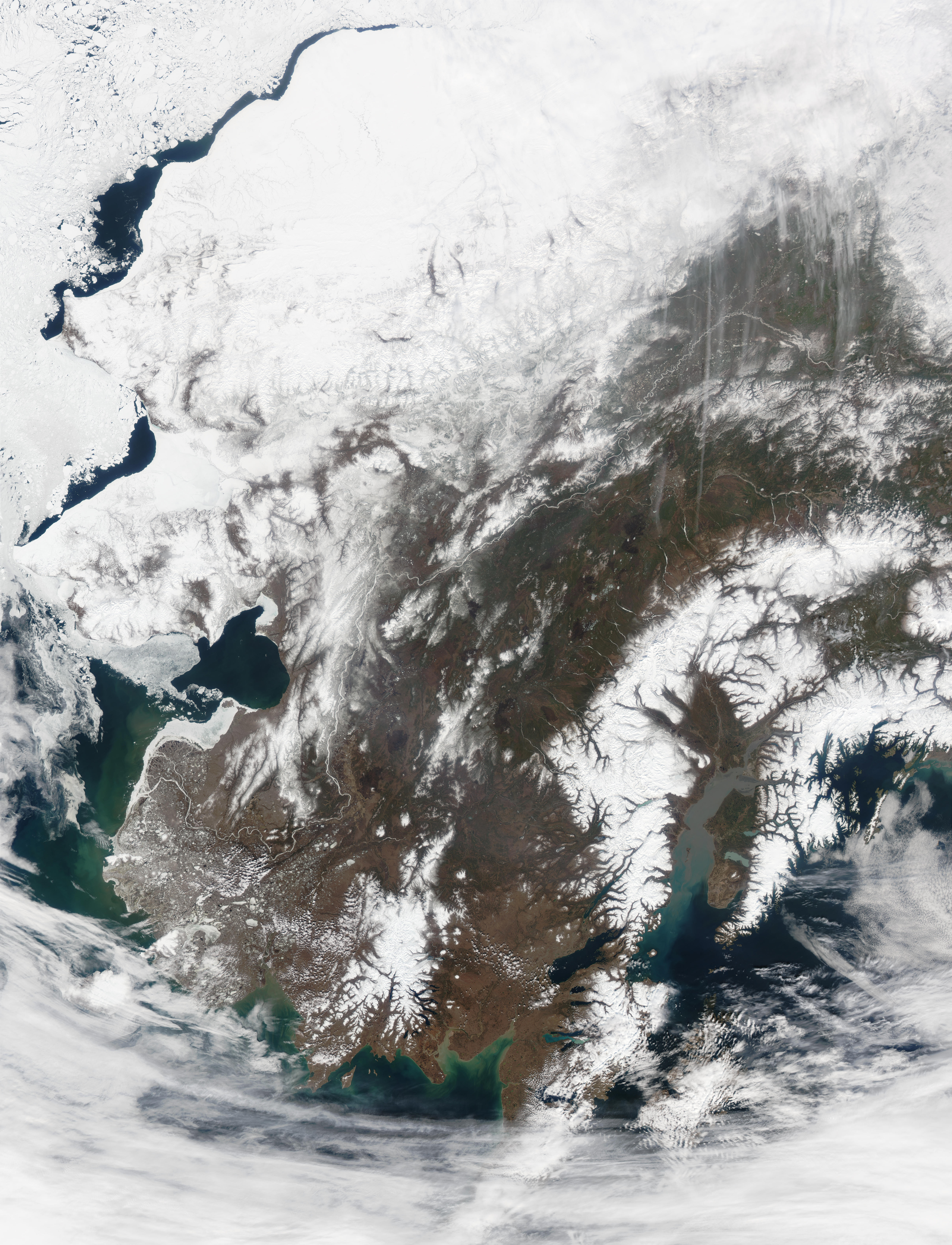 As springtime moves north across the largest state in the US (Alaska is 1/5th as big as all of the lower 48 states), great patches of brown land and green vegetation emerge in preparation for the short, intense Alaskan summer. In the northern part of the state, temperatures consistently stay above freezing for only three months, generally from June through August. Down at the state capital, Juneau (not shown), above-freezing temperatures last for a good six months, from May through October. However, whether north or south, temperatures top out in the sixties (Fahrenheit). In this brief span of time, plants must awaken, grow, and reproduce sufficiently to last them through another cold season. Animals either come out of hibernation or migrate north as the snow line recedes, and they too must reproduce and grow sufficiently to survive in this brief span of time. In this true-color Aqua MODIS image acquired on May 2, 2003, the Chukchi Sea (upper left corner) is still mostly covered in broken sea ice. The snow line winds from Norton Sound up to the Brooks Range, which runs across the northern part of the state to the Canadian border in the east. In the south, snows still cap the Aleutian Range (bottom center edge), Alaska Range (north of the Aleutians), and the Chugach Mountains (middle right edge). Snaking its way across the state is the mighty Yukon River.
Source: Jeff Schmaltz, MODIS Rapid Response Team, NASA/GSFC 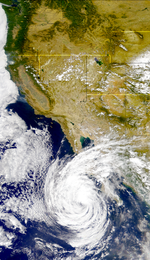 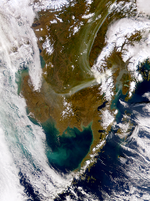